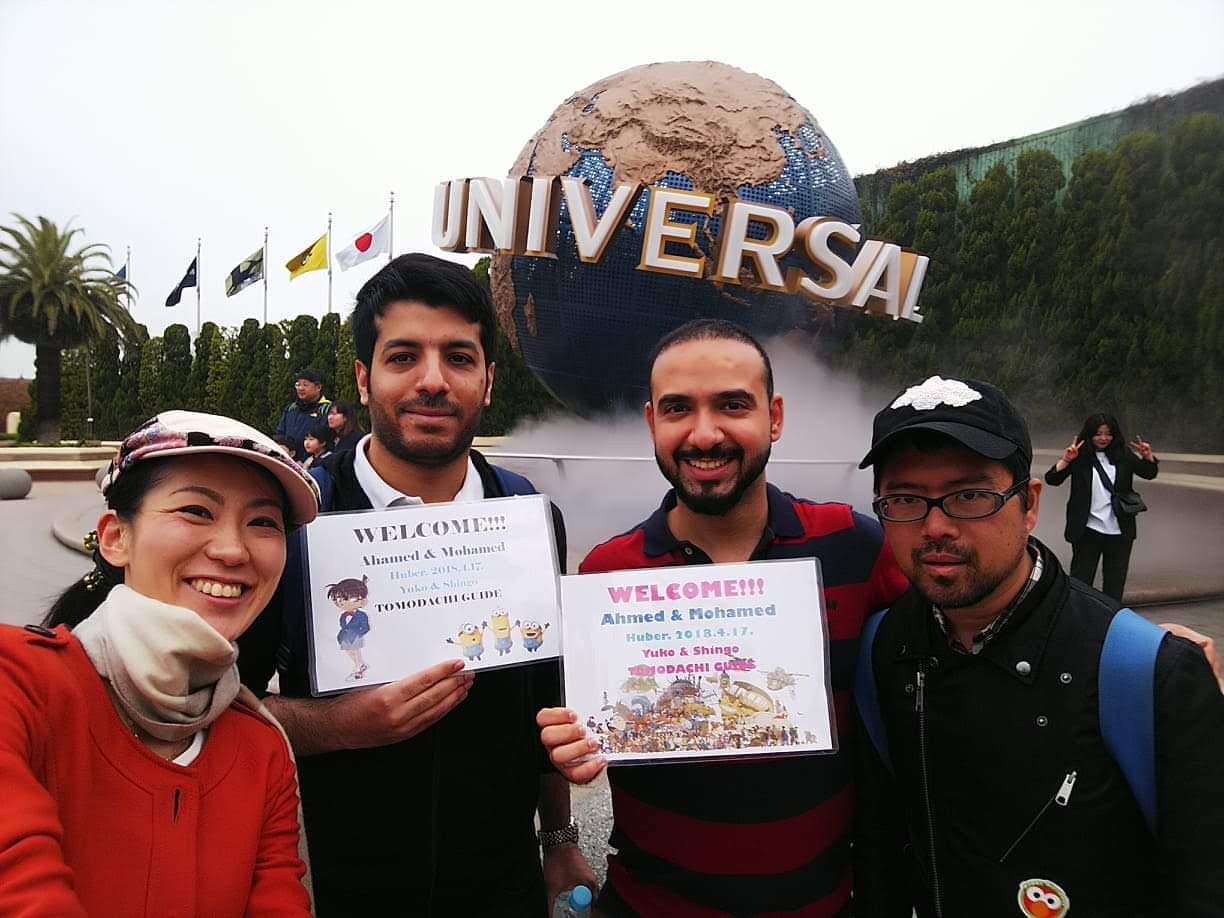 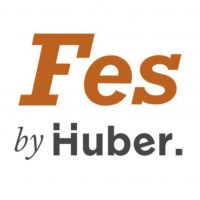 This time we would like to share a story of two guests, Ahmed and Mohamed, who traveled in Japan for five days. They experienced an exciting tour to Osaka, Kyoto, Hiroshima supported by eight different Tomodachi Guides from Huber. Inc., with no difficulties finding Muslim friendly foods in Japan. 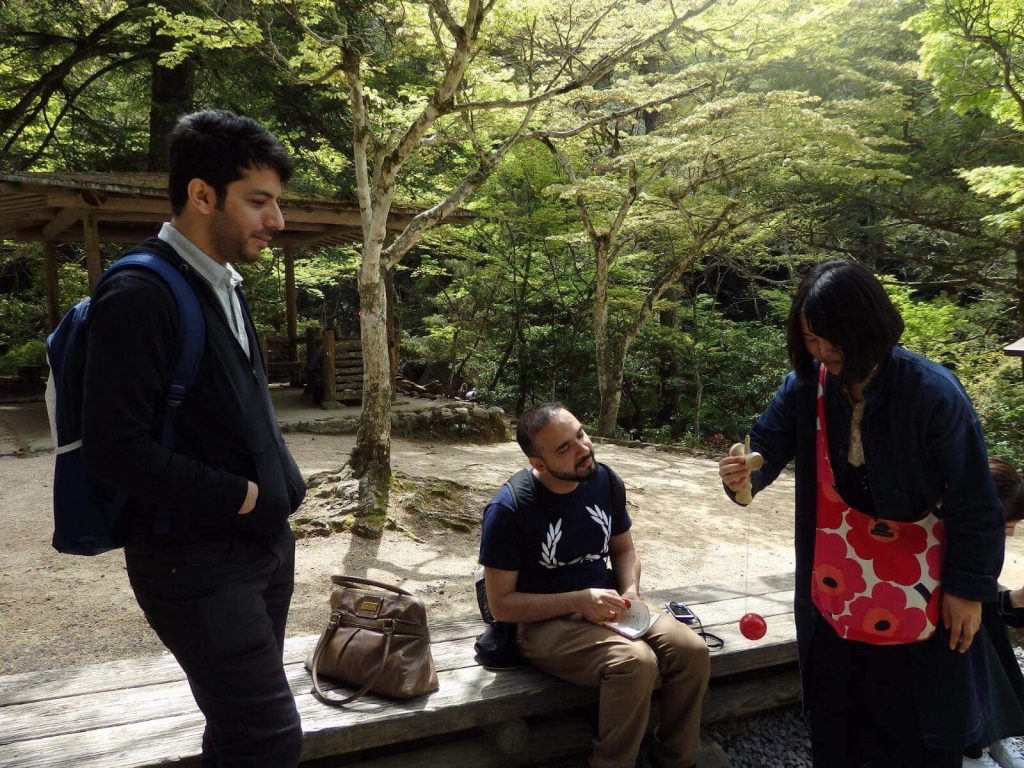 First Day of the Trip

Ahmed and Mohamed came to Osaka and were welcomed by two Tomodachi Guides, Yukiko and Shiori. They planned to meet the guides at Osaka Station, visit a limited-time Ghibli (Japanese animation company) Exhibition in Kobe, and come back to Osaka to have an Okonomiyaki dinner. First, when they first met at the station, Yukiko and Shiori helped them find the place to pick up their JR Passes. Then they headed to Kobe. While on the train to Kobe, they talked about this trip and themselves to get to know each other as guides and guests, and at the same time, as friends. At the Ghibli Exhibition, Ahmed said “we couldn’t enjoy here without you” to Yukiko and Shiori. Often times, they found some information only available in Japanese, and their Tomodachi Guides helped them understand the contents by translating and telling their stories.

As they started to head back to Osaka where locals call the kitchen of Japan, everyone was ready for dinner. The dinner venue the guides were planning to take them to, serves a popular local food called Okonomiyaki (Japanese pizza-like pancake). Thanks to Huber Chat, they already knew foods Ahmed and Mohamed couldn’t eat. After dinner, Yukiko and Shiori saw Ahmed and Mohamed off at their hotel. Afterward, Yukiko and Shiori shared the guests’ preferences and the story of the trip with Ahmed’s other guides playing Tomodachi Guide roles for the rest of the guests’ trip. 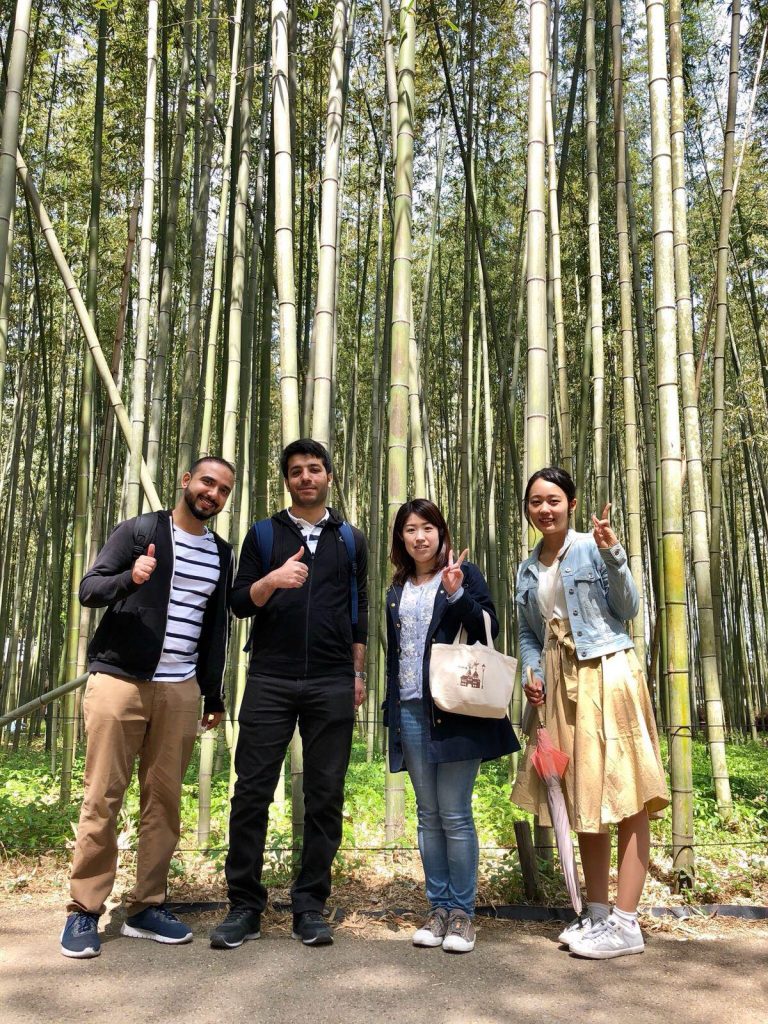 Second Day of the Trip

Their trip took place in Kyoto. The guides for the day were Yuki and Karin. The plan was to go to must-visit places in Kyoto including Arashiyama Bamboo Forest, Fushimi Inari Taisha, and Gion district. When they visited their first destination, Yuki and Karin had to find a place to eat Muslim friendly foods, which they knew thanks to the information from the previous guides. They went into a restaurant, and the guides carefully helped them choose what to eat. Ahmed and Mohamed said together “we are relieved to be able to rely on someone who speaks the local language.” After eating, they walked around the Gion district while wearing rental kimonos. Then Yuki and Karin showed them around the district and took a lot of pictures.

As the end of their trip approached, the time they spent together made them feel more like friends than guides showing around and explaining every spot. Both guides said “Having the same goal between a pair of guides had us working together and trying our best to make the guests’ trip more enjoyable” and continues, “we all became good friends at the end.” 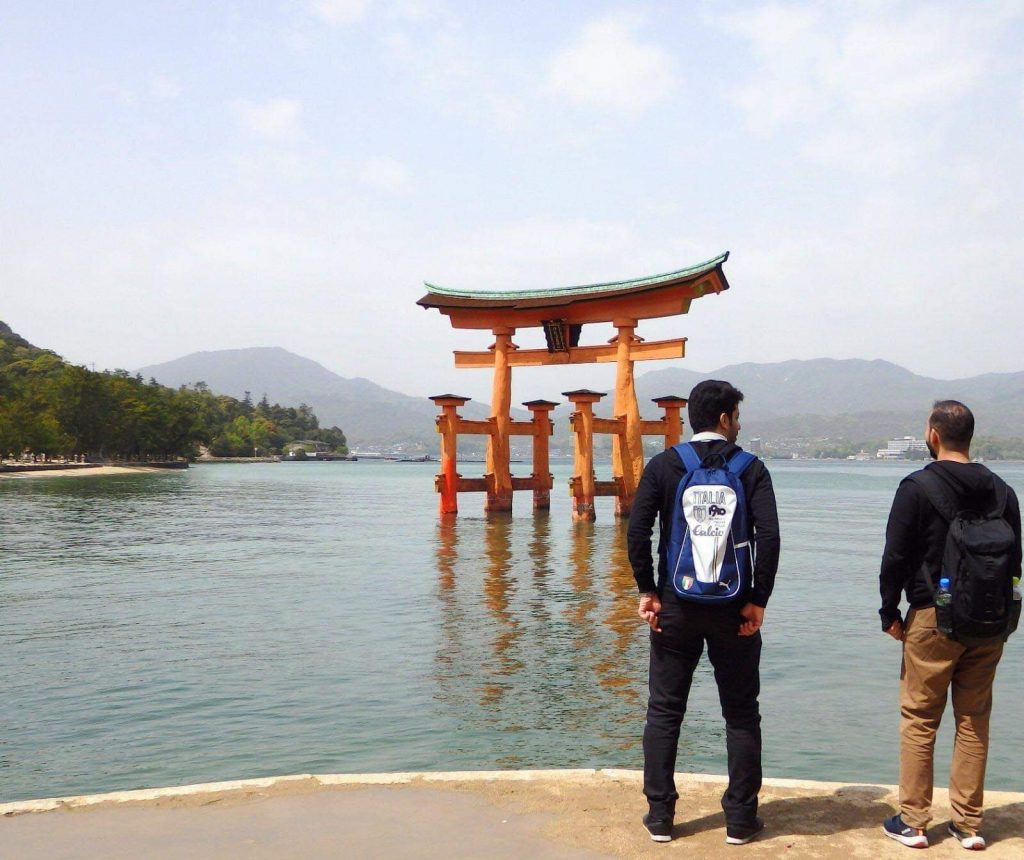 Fourth Day of the Trip

After Ahmed and Mohamed came to Hiroshima, they kept one day free to relax. On the fourth day, their Tomodachi Guides were Keiko and Kana, and the plan was to visit Miyajima, the Atomic Bomb Dome, and the Peace Memorial Museum. Their first destination was Miyajima. While most travelers only go to Itsukushima Island, the four also took the ropeway to go up Mt. Misen. There is an observatory area where they could enjoy a beautiful ocean view of Miyajima. Coming back to town, Keiko and Kana took them to an okonomiyaki restaurant. Hiroshima’s okonomiyaki is very different from the okonomiyaki in Osaka/Kyoto. This time there was no difficulty in finding the right food options for the guests because of stories and information shared by the previous Tomodachi Guides.

After lunch, they headed to the Atomic Bomb Dome and the Peace Memorial Museum. At those places, they all learned what happened in the past and saw things which were left after the bomb dropped. They had a great interest in the area’s history and asked the Tomodachi Guides many questions. As the end of their trip came, Ahmed told them “I like Hiroshima the best” and he bought lots of Hiroshima souvenirs for his family and friends. 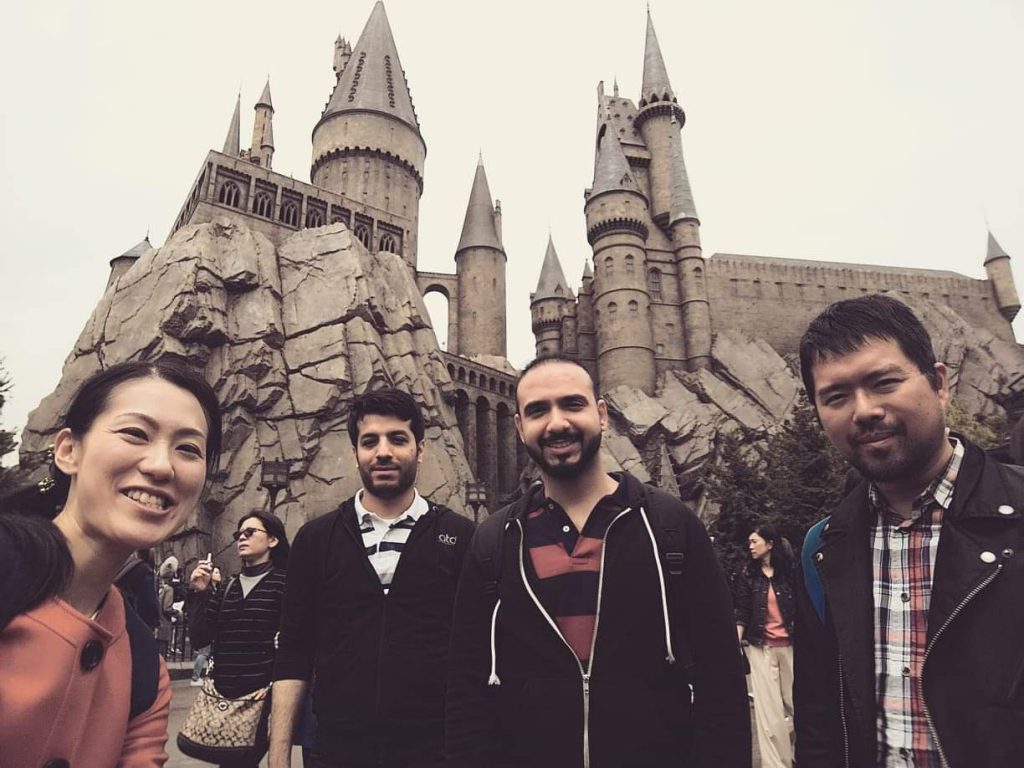 The Last Day of the Trip

The last day was a trip to Universal Studios Japan(USJ)! Visiting USJ was another Huber experience with Tomodachi Guides in Tokyo. When they came to Japan for the first time, they used Huber’s guide service and visited Tokyo Disneyland with cheerful Tomodachi Guides and had a great time with them. The guides this time were Yuko and Shingo. 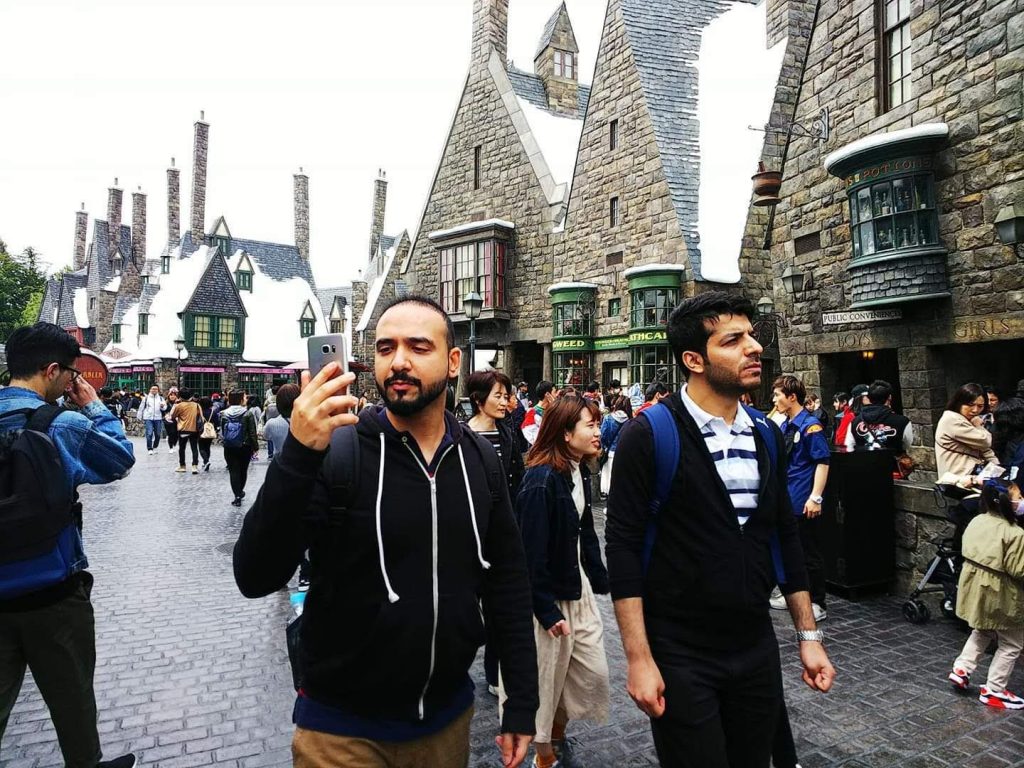 However, there was a challenge. USJ doesn’t have facilities or restaurants specifically for Muslim people. However, Yuko did research before meeting the guests, so she knew where to find Muslim friendly food. With Yuko’s help, Ahmed and Mohamed were able to enjoy themselves without having to worry about food. They had a fun time even when they were waiting in a line of a ride attraction by sharing snacks and having exciting conversations. While Ahmed was a bit nervous about going on the rides, the guides found out that he enjoyed the movies and characters of the movies the rides were based on. On the other hand, everyone found out that Mohamed enjoyed the rides a lot. After knowing these facts, both guides worked together to make sure both of them enjoyed their time in USJ to the fullest.

Ahmed and Mohamed enjoyed their time without wasting time or worrying about their plans. A total of eight Tomodachi Guides communicated and helped each other online to make the guests’ tour to Osaka, Kyoto, Hiroshima more enjoyable and memorable. Some of them still keep in touch and continue communicating with each other online until they revisit Japan. With the Tomodachi Guides being united in supporting and offering guidance to one another, the entire trip was a successful and precious memory for everyone.