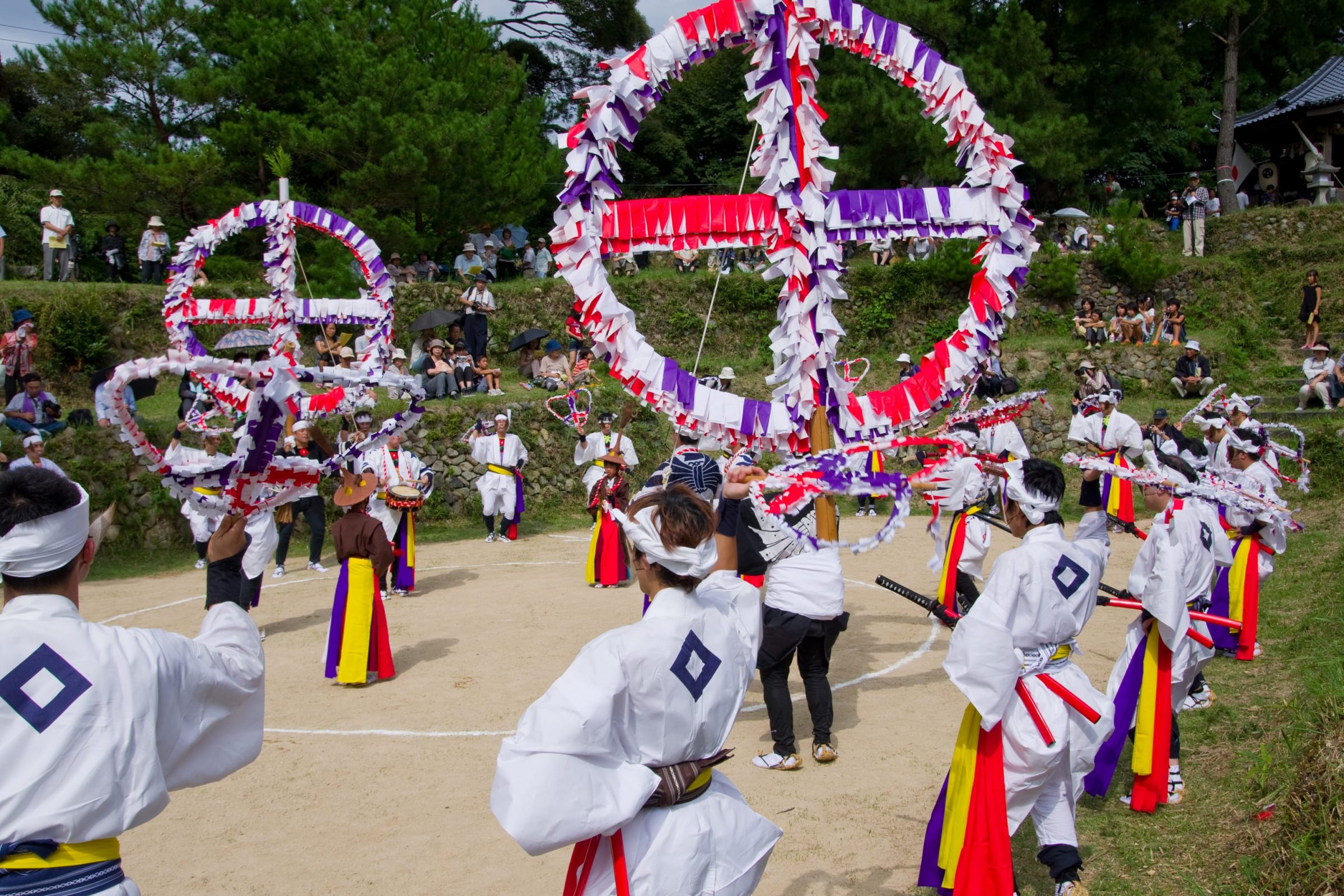 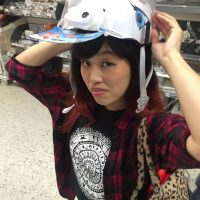 Not so many people visit Yamaguchi Prefecture. It is a countryside of Japan but convenient to reach from other areas such as Hiroshima. Akasaki shrine in Nagato city is a is a very historical place. It boasts beautiful amphitheater which is 400 years old and is a nationally-designated Important Tangible Cultural Property. In this article I`m going to introduce you a very authentic Akasaki Shrine Festival, taking place in this amphitheater. So, don`t miss an opportunity to see it when you are in Yamaguchi. 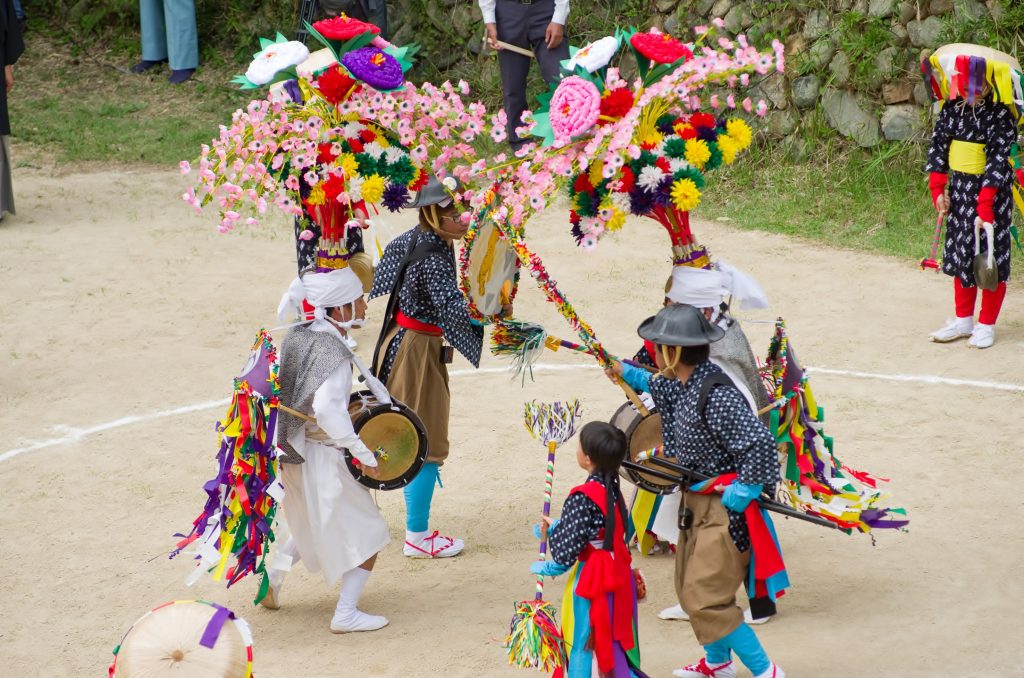 Akasaki Shrine festival is a dedication ceremony performed by priests of the shine, which has continued since the Azuchi-Momoyama period. It takes place at the nationally designated site of cultural importance – Akasaki Rakuzai.

The center of the Festival is a Shinto ceremony, dating back to the first year of Keicho (1596) at a time of turmoil among the states of Japan. Villagers gave their prays at Akasaki Shrine to the guardian deity of agriculture. Each villager showed his dedication to the gods in hope that the wishes would become true. At this time, the dances and festivities that still take place began. Nowadays, on September 10th every year “Yumoto Nanjo Odori” and “Raku Dance” are being performed. It is a traditional festival that will be celebrating its 422nd year in 2018.

However, recently you can enjoy the Yumoto Nanjo Dance on September 9th every year. Also on the eve of the festival (September 8th) various events such as karaoke competitions and fish picking take place. 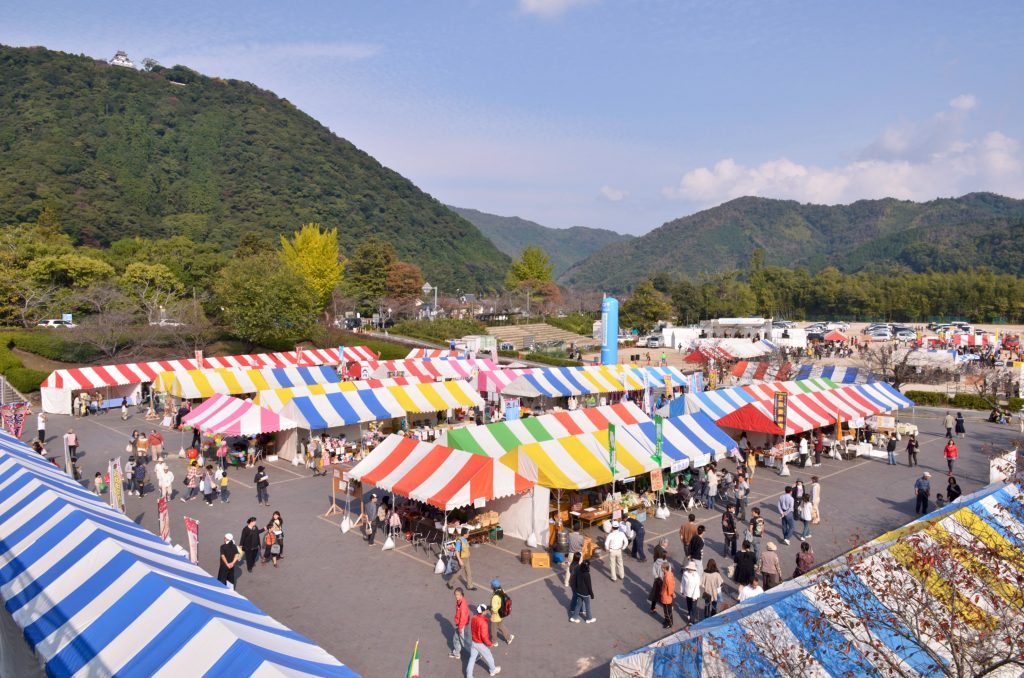 The official festival is held on September 10th every year. However, you can arrive earlier to see extra performances before the festival.

Approximately 35 minutes by car from “Chugoku jidousha do Mine IC” 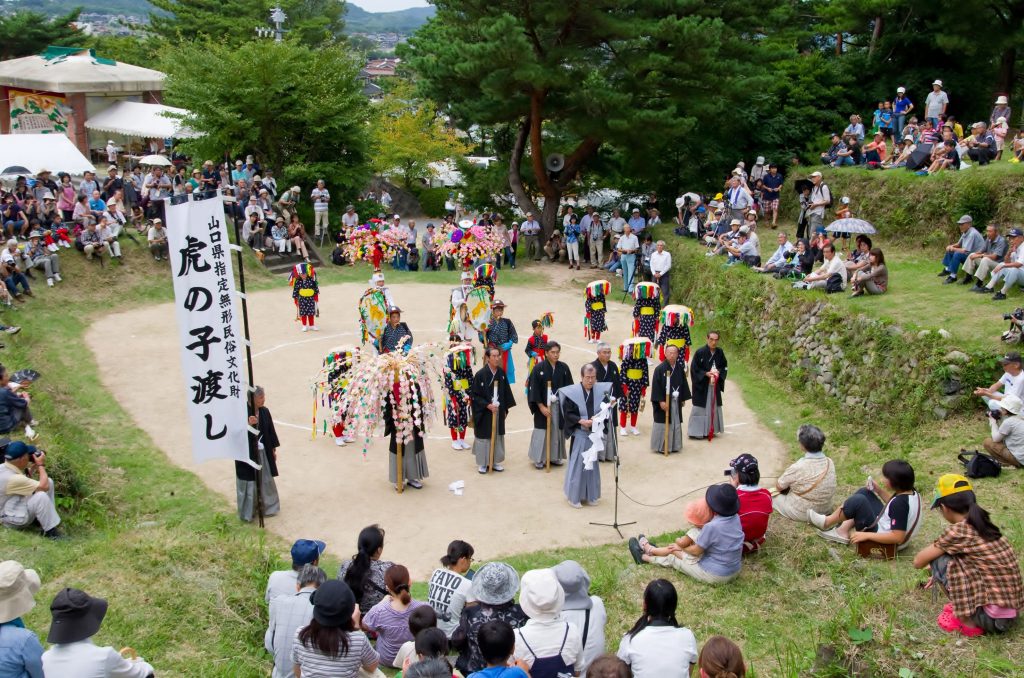 How to get to Yamaguchi?

After arrival at one of Japan’s major airports (including Narita Airport in Tokyo, Kansai International Airport in Osaka, Fukuoka Airport, and Hiroshima Airport), you can make your way to Yamaguchi by plane or bullet train. From Busan, Korea, and China’s Qingdao and Taicang Cities, ferry access is also possible. 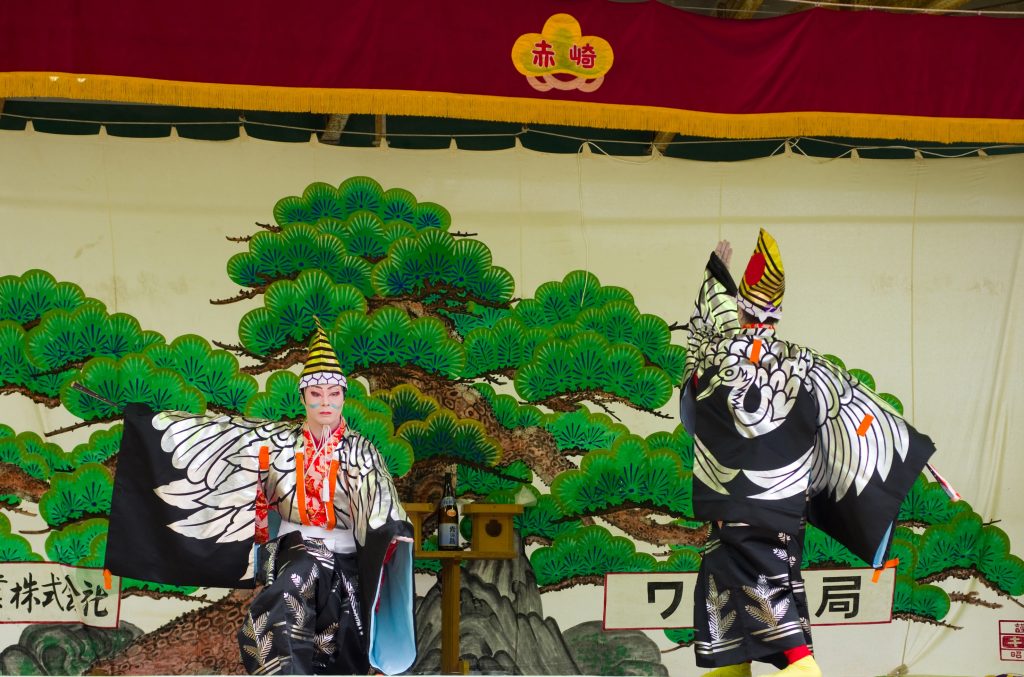 Haneda to Yamaguchi Ube airport or Hiroshima then take the train. 10000 yen 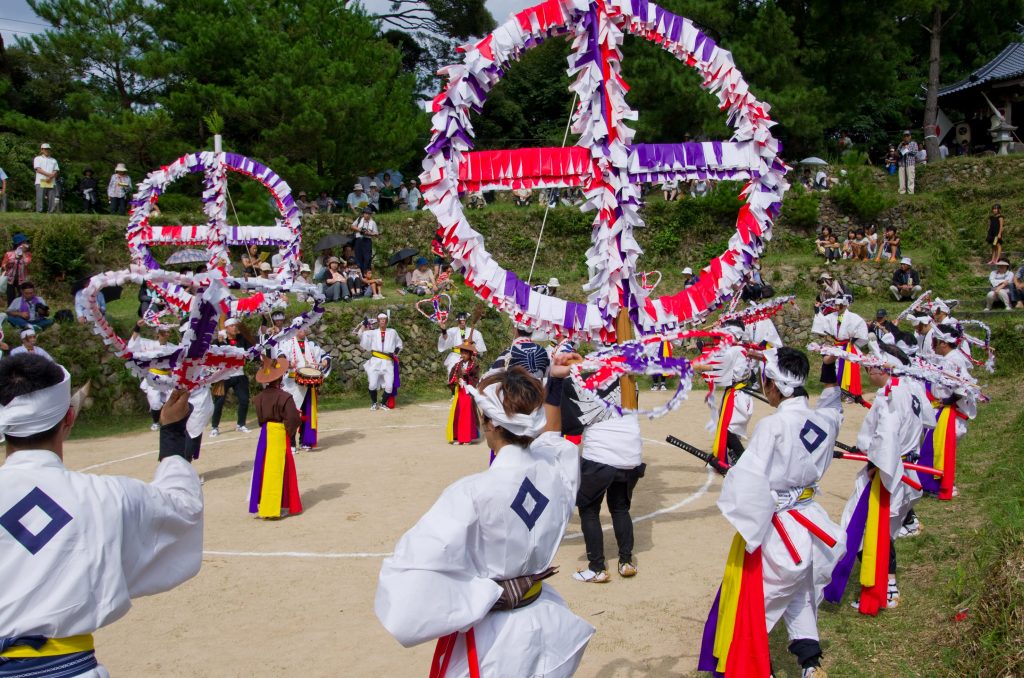 Where Can You Stay?

There are plenty of hotels and camp-sites, so you can book through websites. It is better to make a reservation in advance as it may be problematic to make a direct reservation on the same day.
However, I personally recommend you to stay at an onsen (or ryokan) which is a natural hot spring with accommodation. DBB or BB base. 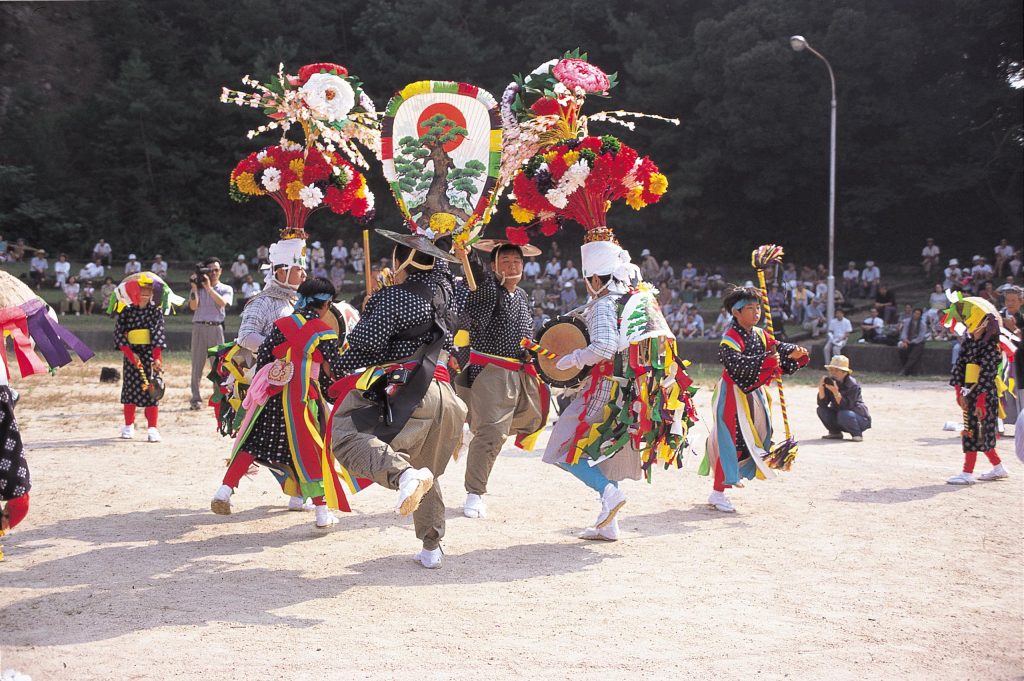 If you visit Nagato city not in September, don`t worry. There are so many festivals during the summer period in this area. Please have a look at the official website and visit Yamaguchi prefecture for some wonderful traditional Japanese festivals.
URL: https://visit-nagato.com/en/

Hi! I`m Manami - a freelance writer originally from Chiba, but now living in Bournemouth in the south of England!