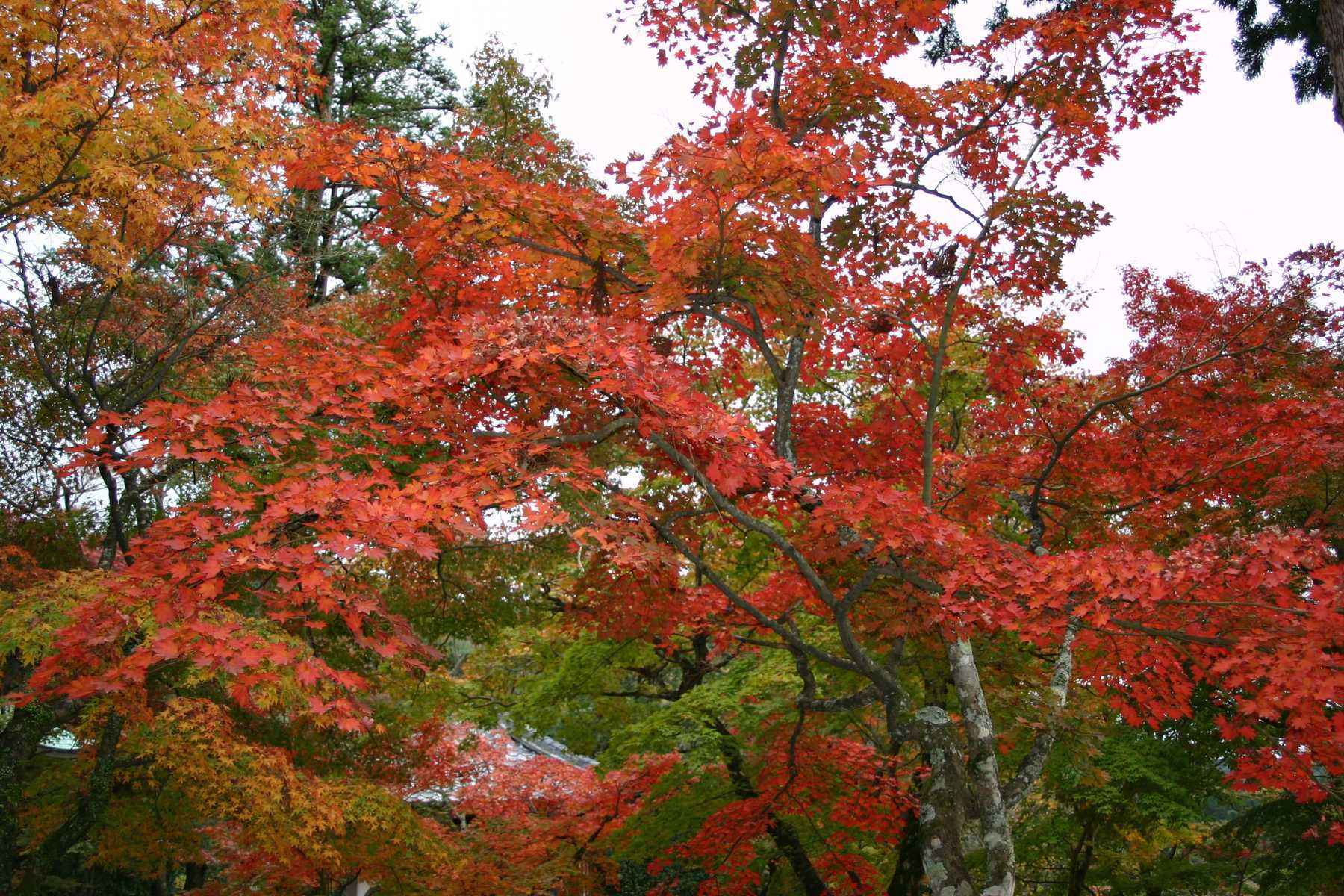 Hyozu Taisha, located in Shiga Prefecture`s Yasu City on the southern coast of Lake Biwa – Japan’s largest lake, is a high-status shrine founded in 717 and dedicated to Yachihoko-no-kami (八千矛神) – a deity in Japanese Shinto religion. Hoko (矛) refers to a spear in English. Thus, Yachihokoーeight thousand spearsーsymbolizes the power or wars. This deity has a lot of other names, and several legendary stories about the god have been handed down by different names for generations across the country. This god, usually known as Okuni-nushi (大国主), is believed to be originally the ruler of Izumo-no-kuni (出雲国)(current Shimane Prefecture). In this sacred Shinto region where ancient political powers first arose. As he governs all things on land as well as the underworld, people call him a god of nation-building, farming, business, and medicine. 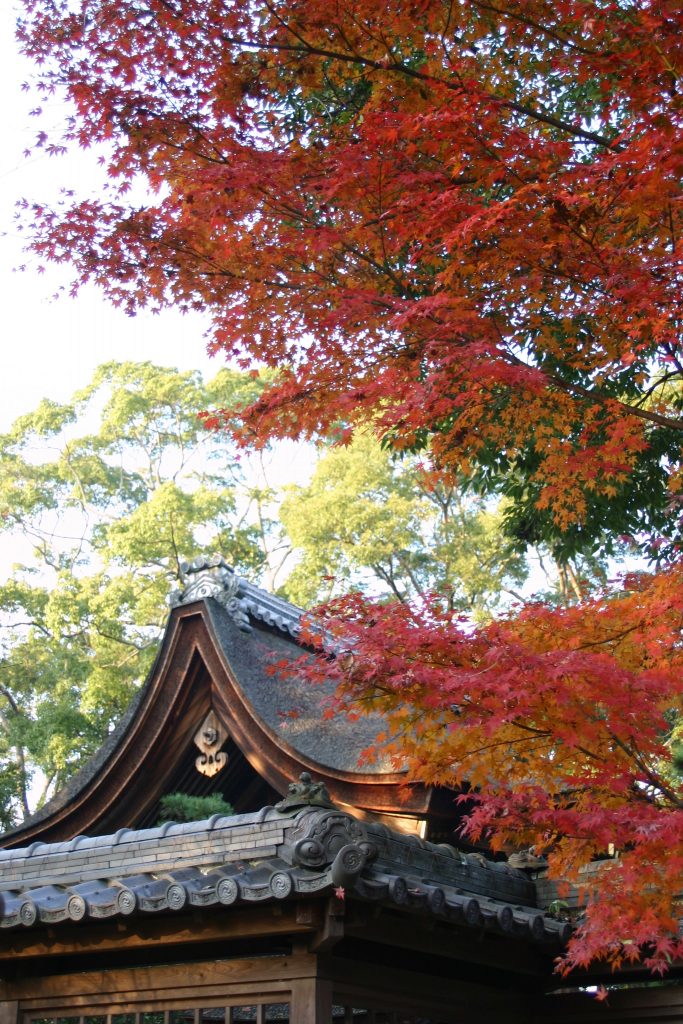 A Shrine Dedicated to a “God of Warriors”

Around the late 12th century, which features the first government by samurai warriors established in Kamakura (currently located in Kanagawa Prefecture), Hyozu Taisha started receiving a huge amount of donations from powerful samurai leaders. As the Chinese characters “兵主” became familiar to samurai warriors for its name – “Tauwanono-nushi”, the Shinto shrine of Yachihoko-no-kami attracted many samurai warriors who believed in its power to bring victory to them in a battle. The kanji character “兵” and “主”, pronounced as “tsuwamono” and “nushi” respectively, represents a “god of warriors”.

Minamoto-no-Yoritomo (1147-1199) – the founder of Japan’s first samurai government in Kamakura paid a visit to the shrine with regards for the establishment of his government and built a new pavilion later. (As a young boy, he had actually visited it and prayed for the recovery of his family and himself after the loss to their rival Taira clan, whose leader Taira-no-Kiyomori (1118-1181) killed Yoritomo’s father in a battle.)

In the 14th century, Ashikaga Takauji (1305-1358) – the founder of Japan’s second samurai government, also provided generous support to the shrine and helped to build a new pavilion there. These favorable treatments for the shrine continued until the Tokugawa Shogunate (1603-1867). 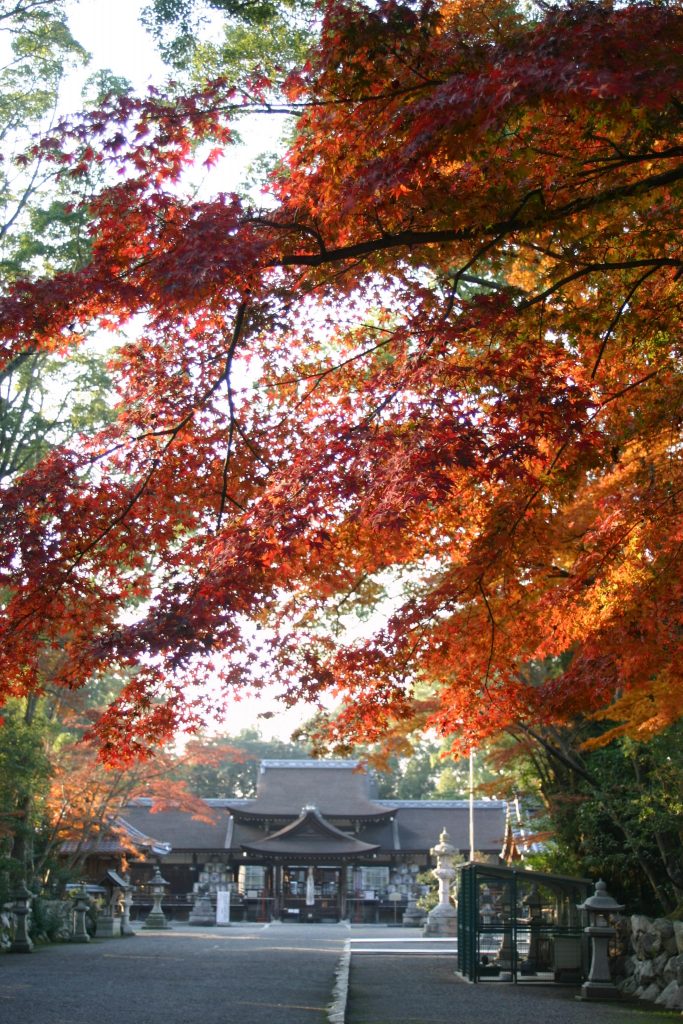 Saunter Around the Shrine

After passing through the front Torii gate, visitors walk along a 300-meter front approach lined with magnificent tall pine trees. Turn left, and you’ll see the Taiko-bashi Bridge and the flaming-red Torii, which will lead to the gorgeously red Romon Gate. The vermilion building with red leaves overlapping the background makes you admire the picturesque foliage. A 100-meter walk through the Romon Gate will take you to the shrine’s worship hall – Haiden. Hidden behind the Haiden worship hall is the main hall which enshrined the object where Yachihoko-no-kami resides in. 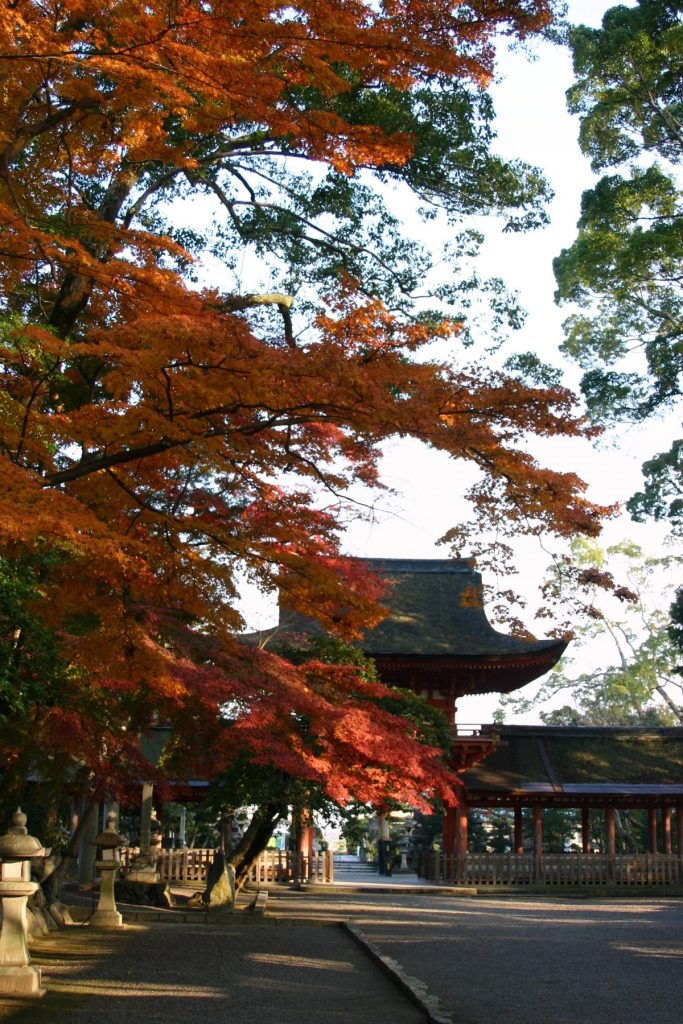 Admire a Night Foliage in the Beautiful Garden

Hyozu Taisha has its traditional Japanese garden which has been nationally designated as a scenic beauty spot. The garden has a pond surrounded by small rolling hills with tall trees. In mid-late November, the garden is lit up in the evenings to make the fall leaves look even more fantastic, which attracts many visitors. The leaves look more colorful in contrast with the darkness of the night, and their reflection on the pond surface looks even more impressive! The contrast between bright and dark makes the view look more like a picture by Rembrandt Harmenszoin van Rijn(1606-1669) – one of the best artists in the Dutch painting history.

Things to Do at Hyozu Taisha

Do you like beef? Omi beef is one of Japan’s three top wagyu brands, along with Kobe beef from Hyogo Prefecture and Matsusaka beef from Mie Prefecture. You can enjoy the taste of the quality beef for a good price. Stay at Business Hotel Takara, which houses its restaurant that offers some meals using Omi beef, and you will find their beef meals taste superb. The hotel is located about 15-minutes’ walk from Yasu Station on the JR Biwako Line. 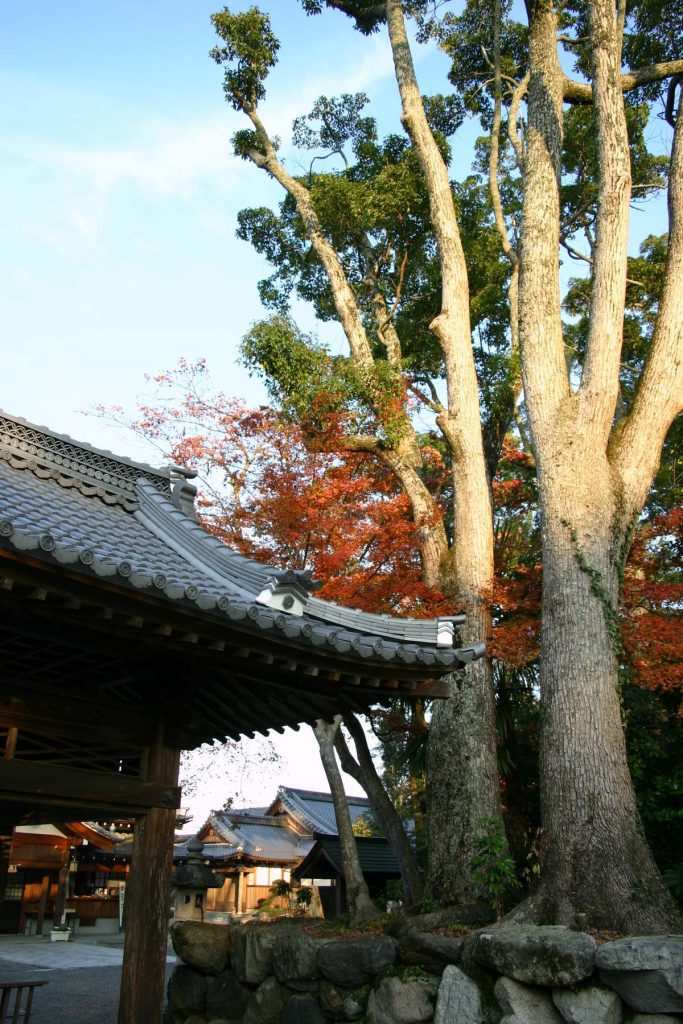 How to get to Hyozu Taisha

According to local folklore, Yachihokoeight-no-Kami came over Lake Biwa flying to Hyozu Taisha through the air on a turtle from Hiyoshi Taisha – one of the Twenty Two Shrines (二十二社) located in Otsu. How about visiting the original place the deity came from and tracing back to the beginning of history?

For those who want to enjoy Autumn leaves… 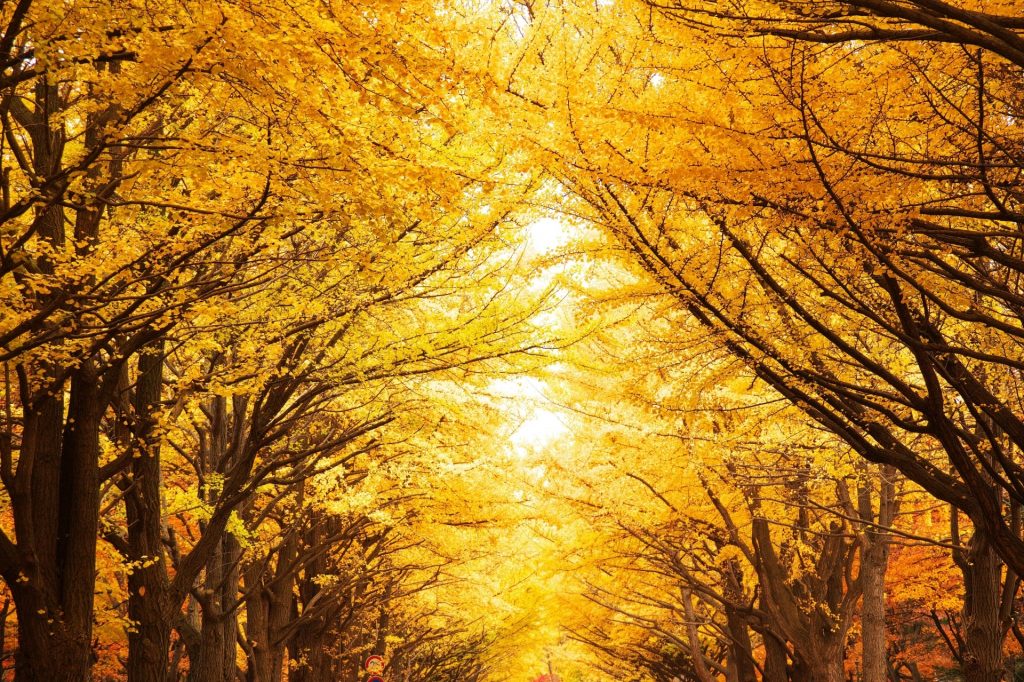 You probably know that autumn with its colorful leaves scenes is as popular among tourists and locals as spring with its cherry blossoms. Momiji or enjoying autumn leaves is an indispensable part of Japanese culture. I hope this article raised your interest in Japanese autumn. And the following one picked top 12 best places and events to enjoy colorful autumn leaves!
Check it out! URL:https://festivalgo.huber-japan.com/events/4274/

If you are interested in other festivals in Japan please check this below!

Japan is a country of festivals indeed, also matsuri is an essential part of traditional Japanese culture. Thus, every day somewhere in Japan a festival takes place. There are traditional and modern festivals, on the sea and on the ground, in summer and winter. Japanese are hardworking people. However, when you attend at least one festival in Japan, you will understand how locals like to party. The article under the link below will introduce you to a celebration on any day of the year. I am sure you will find an event that suits your interests utmost!