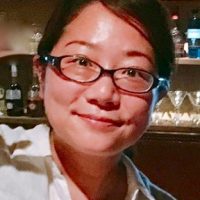 Taiko, Japanese drum, and Mikoshi, portable shrine, are the symbols of Japanese festivals. Furukawa festival is a traditional event in Hida city, Gifu Prefecture, which has continued for a long time. At this festivity, you will see the parades of portable shrines and wonderful Taiko performances by people wearing Japanese summer festival clothes – Happi. If you want to see the dynamic Japanese Taiko and mikoshi that people carry, this is the event you cannot miss!

What is Furukawa Festival?

Furukawa Festival is a celebration of Keta Wakamiya shrine in Furukawa-machi, Hida city, Gifu prefecture. It takes place on the 19th and 20th of April every year. There, you will see enormous festival floats similar to those of the Takayama Festival and “Okoshi Daiko” that the participants play to start the start of the festival and the parade of portable shrines. The Furukawa festival is a national important intangible cultural asset and UNESCO intangible cultural heritage.

The Origin of Furukawa Festival

The origin of Furukawa Festival is not clear, but according to the old documents, we can see that the first festival float appeared in 1776 and Okoshi Daiko in 1831. In the old times, the festival occurred on the 6th of August of a lunar calendar. However, because of the prevalence of an epidemic in August 1886, the festival was postponed to November. Later, the festival took place on the 16th and 17th of April as a spring festival in 1887. The festival has been held on the current dates since 1889. 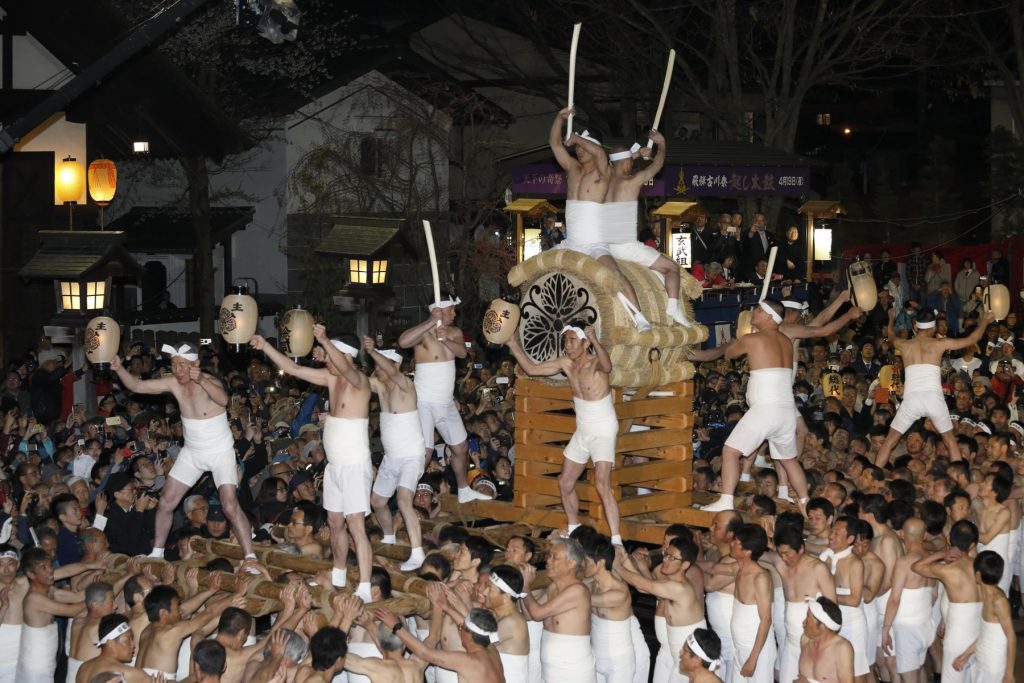 Shihimai or lion dance is a traditional performing art that originated in China. Shishimai is one of the important Japanese traditional dances now. The performances are slightly different in each region. At Furukawa festival in Hida city, two shishi (lions), shishi for mikoshi parade and shishi for festival floats perform. Those lions walk around the city and visit each house as the opening performance of the festival.

The Okoshi Daiko event is impressive indeed! Special performers – Okoshi Daiko Shyuji lift the Taiko turret on their shoulders. Then, the men who sit astride on both sides of the Taiko play it by turns. Since the old times, people around this area had been called “Furukawa Yancya” because they were rough-natured. Due to this, the Taiko there has been played with the dash. In addition, you will notice these hundreds of men performing the drum play only in cotton loincloths. This makes Furukawa festival one of the most famous “Naked” festivals in Japan as well.

Furukawa festival is one of the most popular and famous festivals in Gifu prefecture. You can not only see the portable shrines and beautiful festival floats which are common at Japanese festivals but also you will enjoy Shishimai, lion dance and Taiko, Japanese drum performances. Not only local people but also many travelers from Japan and around the world enjoy these wonderful performances in Furukawa festival in Gifu prefecture. If you want to experience Japanese traditional performing arts which you cannot see in other places, this is the event you cannot miss! I am sure you will make unforgettable memories at Furukawa festival and enjoy the unique Japanese culture.

If you would like to see this energetic festival and explore Gifu prefecture together with a friendly local guide, please check the banner below!

Would You Like to Know More Naked Festivals in Japan? 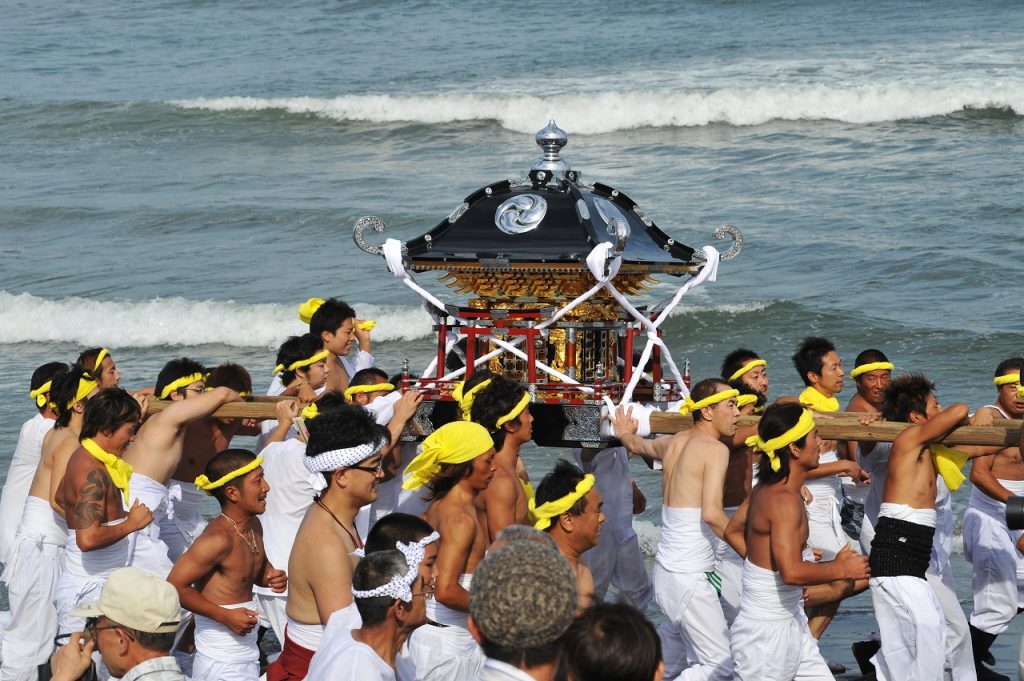 Naked festivals provide you with a unique opportunity to get acquainted with Japan and its traditions. Hadaka matsuris are probably one of the most energetic, colorful and weird events among all Japanese festivals. Thus, you must guess that this festival is one of many nude festivals in Japan. As naked festivals are an important traditional and cultural feature in Japan, almost every area and prefecture can boast their unique hadaka matsuri. If you are curious about strange and nude festivals around Japan, the following article picked ten best festivals for you to visit!

I hope that my introduction articles about Japan will be helpful for your stay!