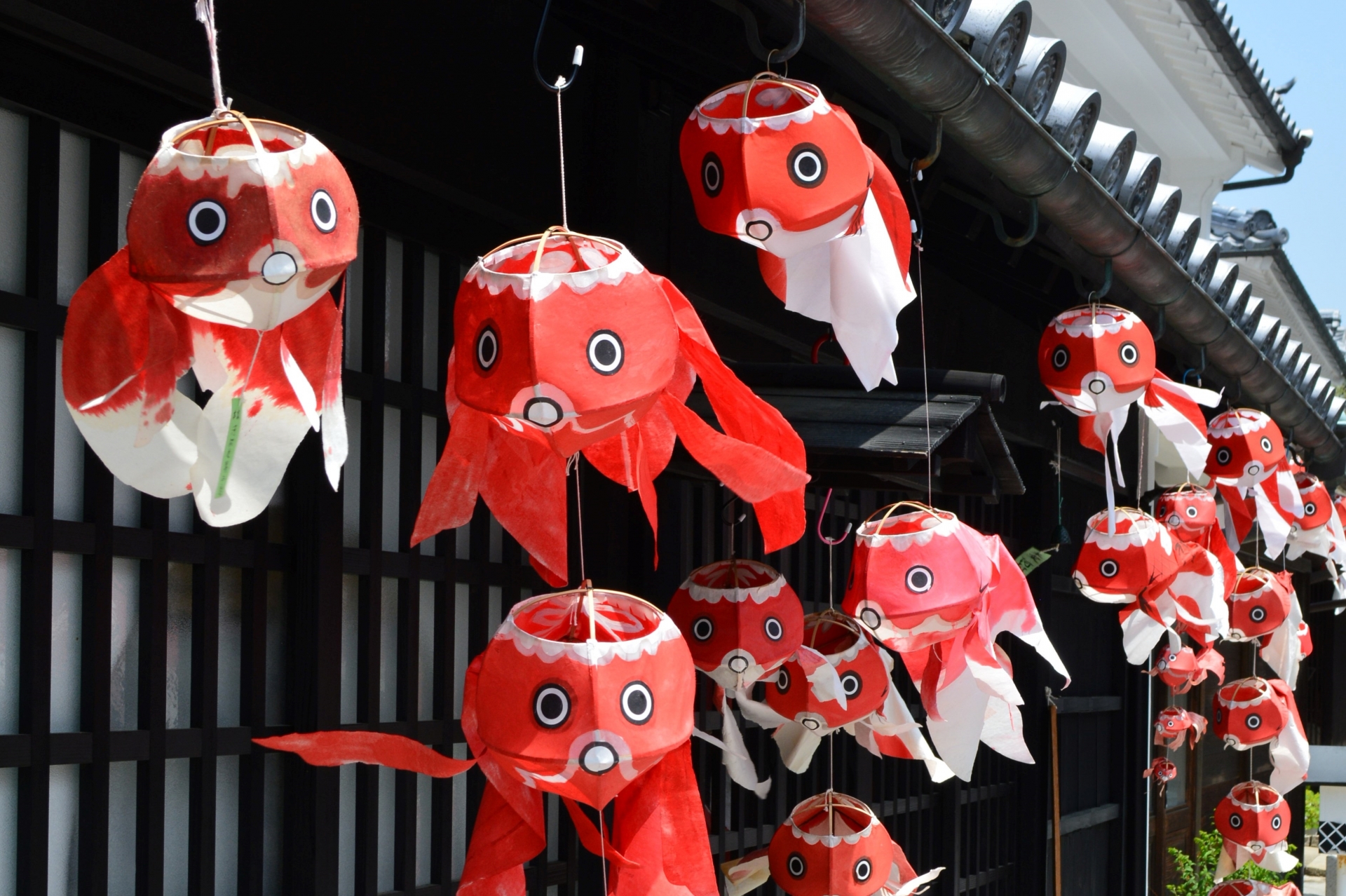 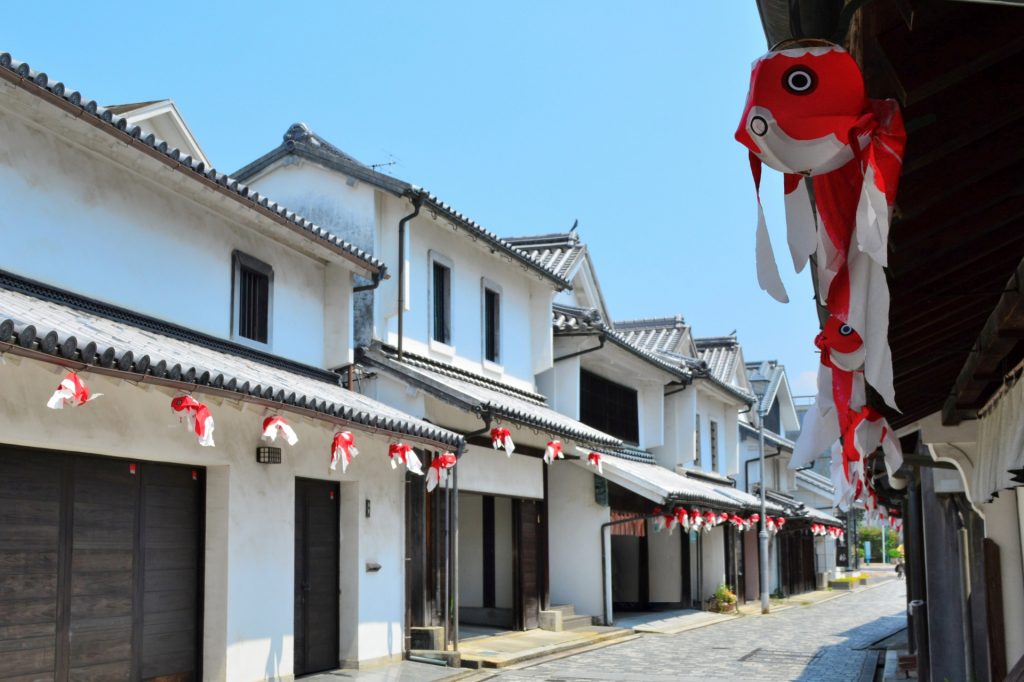 Yanai is a port city in Murotsu Peninsula on the Seto inland sea. Yanai city is one of the areas which have long hours of sunlight and is blessed with a nice and calm climate. Thus, it has a rich natural environment. For a long time, it has been the key area for marine traffic. It flourished as a commercial city during the Edo period. Yanai city has a quaint district that retains the appearance of former eras – the Furuichi Kanaya district. You will discover the roughly 200 m long street with the merchants’ houses of the Edo period. People call the district “Shirakabe-no-machinami (the townscape of houses with white walls)”. The plotting and layout in the town are in the same mid-Edo period condition as it was in the old times. This district was designated as an important preservation district for groups of historic buildings in 1984. When you walk around Furuichi Kanaya, you will feel as if you are in the Edo period town. Japan has a special holiday season – Obon in August. The term is from 13th to 16th of August. Japanese believe that ancestors’ spirits come back for Obon, so people also tend to go back to their hometowns to honor the spirits.

This goldfish lantern festival takes place to welcome the people who came back with the goldfish-shaped lanterns. You will notice over 4,000 lanterns at the JR Yanai Station and Shirakabe no machinami. Also, don’t miss various events like “Goldfish lantern dance” and “Goldfish nebuta parade”. Over 2,500 of them are lit up in the evening. The dim lights that the lanterns produce create a mystical atmosphere in the city. It is almost impossible to find any other place to enjoy such an exclusive atmosphere. The highlight of the festival is “Goldfish nebuta parade”, which starts at dusk. The size of each goldfish nebuta is about 2 square meters, and you can see ten giant goldfish nebuta. Each team parades around the city carrying the elaborate giant goldfish nebuta while chanting “Rassera! Rassera!” I think you will enjoy just seeing their gallant figures for sure! However, what will entertain you, even more, is the spectacular performance of spinning the nebuta around swiftly. I recommend you watch it as close as possible.

When the festival reaches the final phase, the fireworks display that wraps up the festival takes place. 871 fireworks are set off. The reason why the number of fireworks is 871 is that it’s a pun that means Yana in Japanese. The History of Goldfish Lantern Festival

In 1986, the Yanai junior chamber first held a festival called “Hometown Festa” as a part of the city revitalization campaign. Hometown Festa took place four times, but they paused it due to various reasons. In 1991, there were growing calls for an original summer festival that features the goldfish lanterns. They got support from the government and started the preparations for holding this event.

In 1992, they decided the 2nd Saturday of August as “Hometown Day” and held the 1st of August to be a goldfish lanterns festival. A total of 1143 people from 22 citizen groups made about 3000 goldfish lanterns to decorate the venue. As the name suggests, this festival is organized by the citizens to support their hometown. However, unfortunately, many events were canceled due to the typhoon. In 1995, the 2nd goldfish lanterns festival took place. A goldfish nebuta (nebuta means a giant lantern) appeared at the festival for the first time along with the fireworks. They learned by the bitter experience of the last time and held the festival for 2 days.

From the 3rd festival, various changes were made to the festival year by year including the goldfish nebuta’s dashing, a stamp rally where visitors can visit certain places to get stamps to receive a prize, and goldfish balloons. They established the contents of the festival gradually over the years. Since the 5th festival, the date has been fixed to the 13th of August.

In 2011 it was the 20th anniversary of the goldfish lanterns festival. The festival’s name was changed to “Yanai Goldfish Lanterns Festival” to promote this festival at other places as well. The Origin of the Goldfish Lanterns 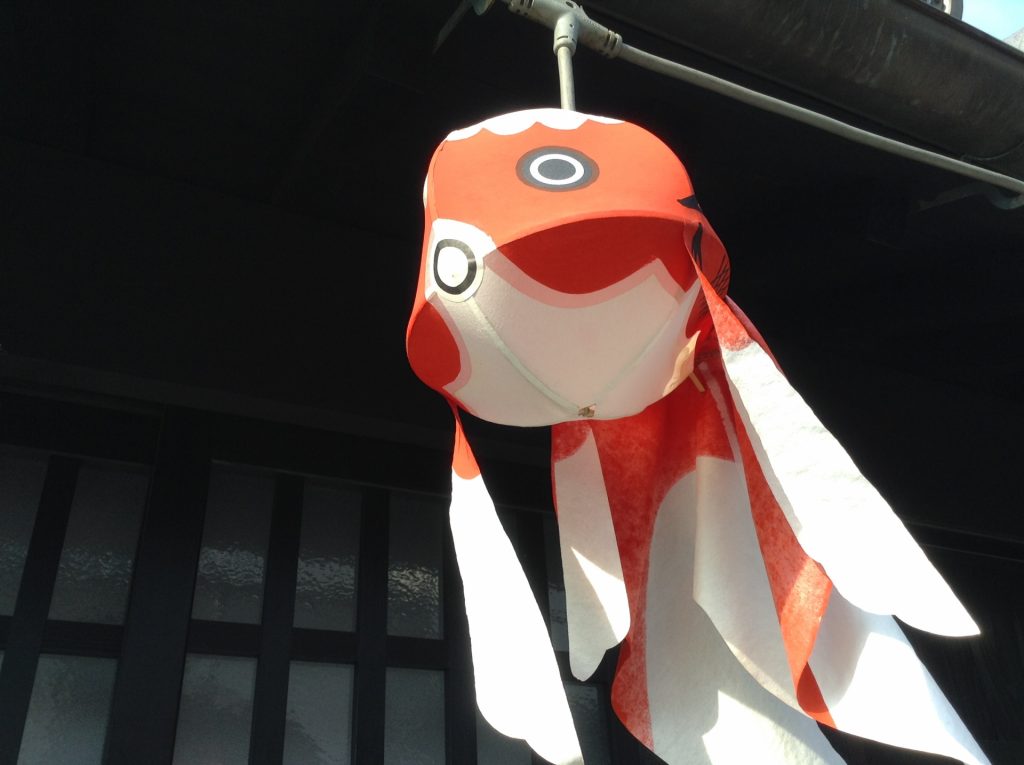 The goldfish lantern has grown as a folkcraft representative of Yamaguchi prefecture. It is very popular, so it ranks high in the national folkcraft ranking. Why don’t you get one as a souvenir? You can purchase one or experience making one yourself. If you have time, be sure to check it out. Dates: 13th of August annually, but there are some events related to the festival before that day.

By Train – Take Sanyo main line, get off at JR Yanai Station and walk about 10 minutes

By Car – Drive for about 20 minutes from Kuga Interchange of Sanyo Expressway. The original purpose of the festival is to welcome back people who came home to Yanai city for Obon. It is a community-based festival, but the tourists can also feel Yanai city’s history and culture through the event. I can say that Yanai city is the only place in Japan to hold such a unique festival where goldfish plays a major role. So, you will make unforgettable memories when you join the festival. Moreover, Yanai city has many places full of originality to see.

If you would like to explore Yanai city and Yamaguchi Prefecture with a friendly local guide, please check out the banner below!

All Images are courtesy of Yamaguchi Prefectural Tourism Federation

Explore Yamaguchi Prefecture With its Rich History and Exciting Festivals! Yamaguchi prefecture is one of the most beautiful prefectures to visit in Japan. This prefecture is blessed with the ocean and mountains. Also, there are many historical spots to explore in here, as it had been the center of the turning point in Japanese history due to its location. This territory features exciting local festivals and unforgettable scenes of provincial Japan. The following article assembled the best festivals and activities to enjoy in Yamaguchi Prefecture, which will make your trip to Japan even more rewarding! 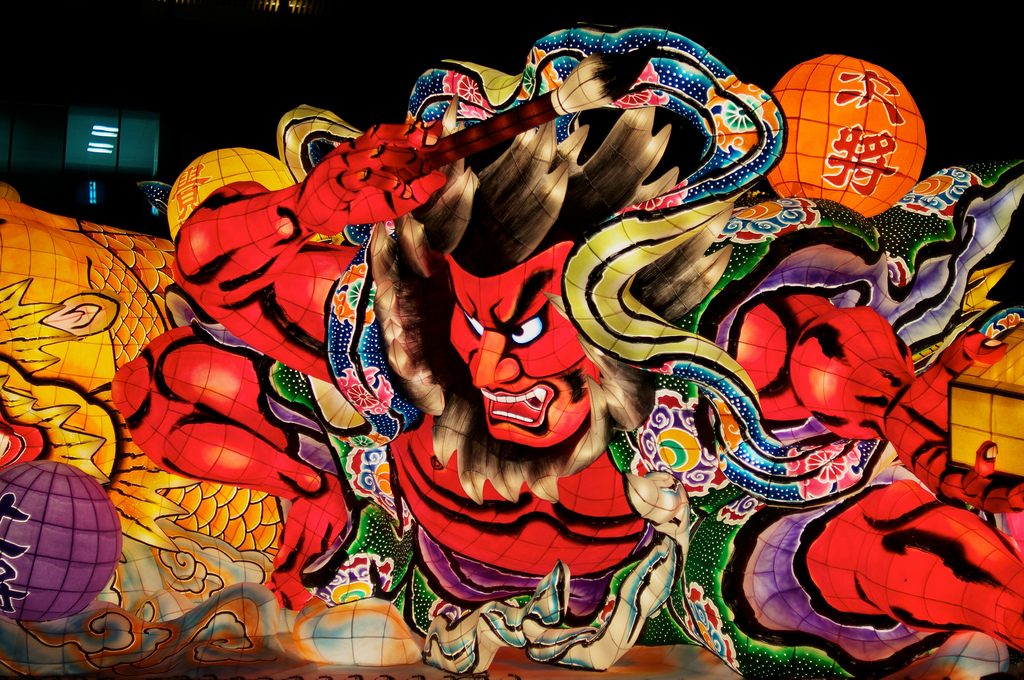