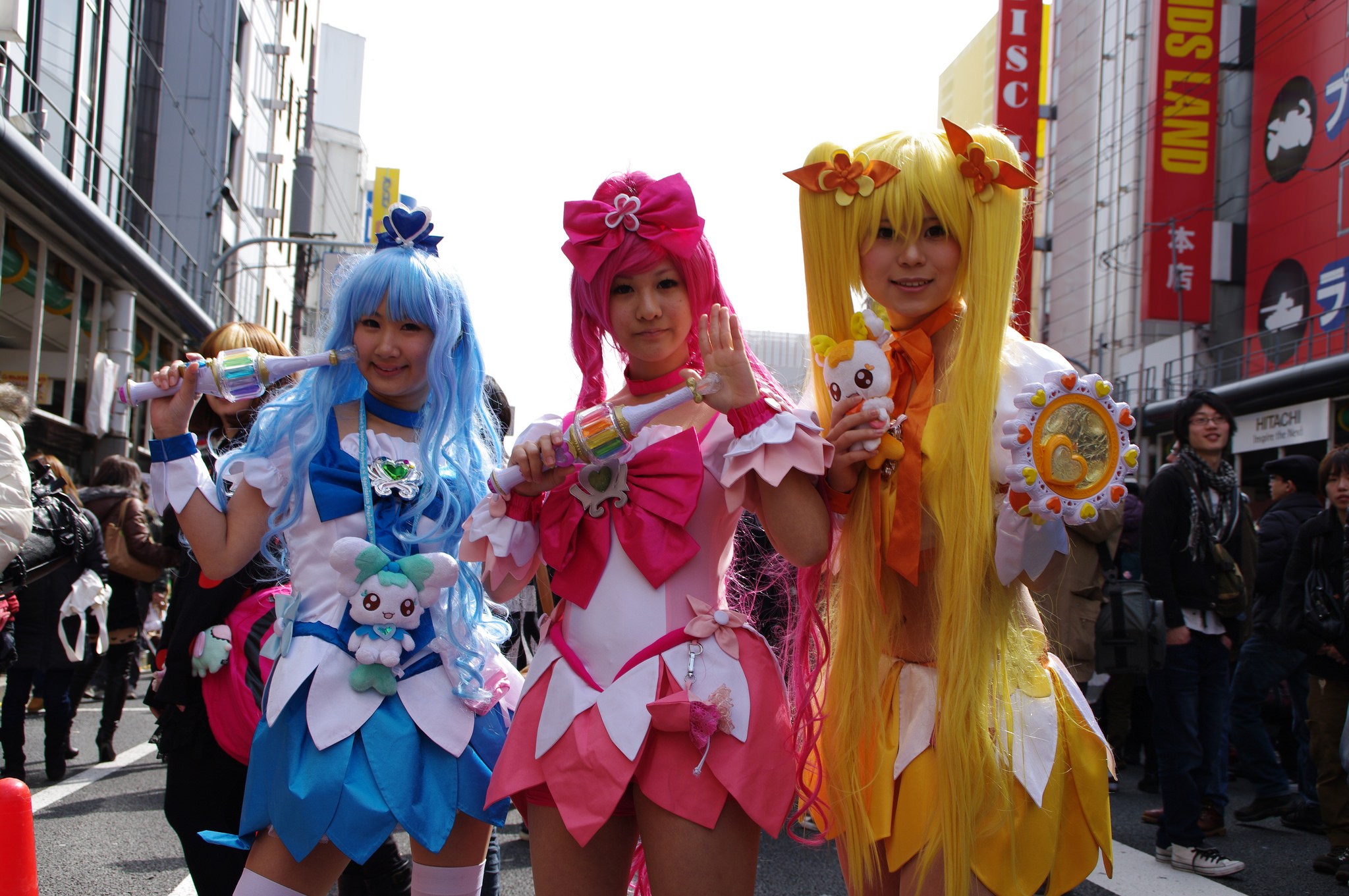 Immerse Yourself in Modern Japan at the Nipponbashi Street Festa 2019 in Osaka! 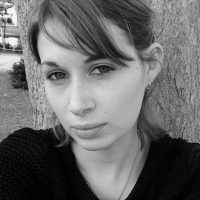 Taking place for the first time in 2005 in Nipponbashi – also known as Den Den Town (‘electric street’) and arguably Osaka’s (humbler) answer to Tokyo’s Akihabara district, this year will see the 15th revival of the exciting Nipponbashi Street Festa.

The festival was first started as an attempt to revive the local shopping arcade, by drawing on the heavy influence and impact of Japanese pop culture (anime, manga, gaming etc.). Today, the festival is one of the biggest cosplay events in the country, seeing more than 200,000 visitors annually. 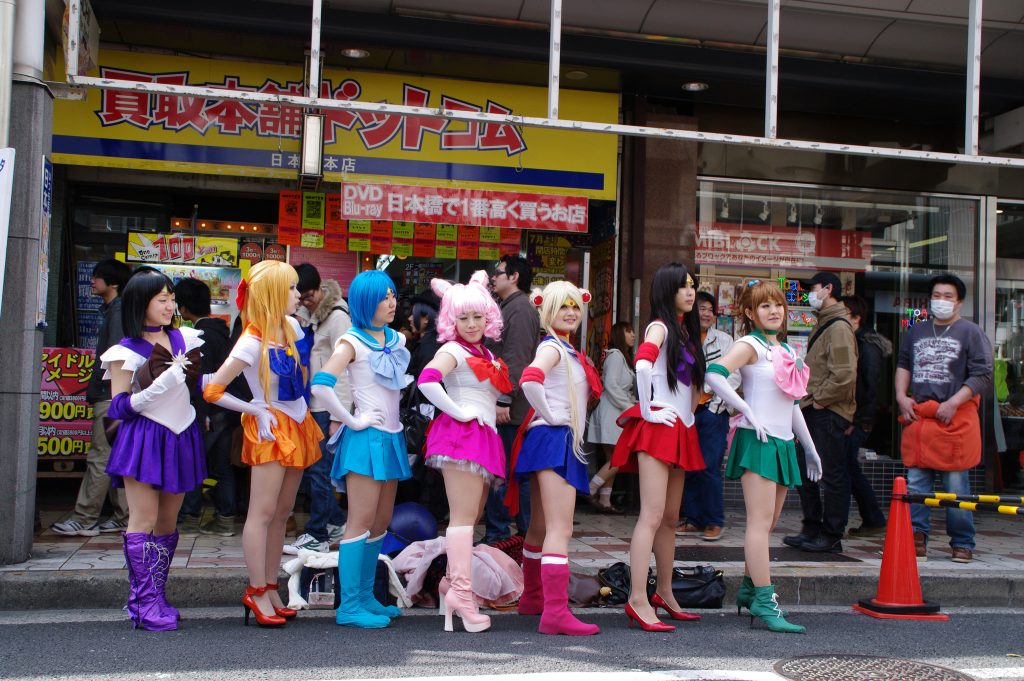 Cosplay: ‘costume play’ – the act, or pastime of dressing up as specific characters, often associated with Japanese animation, manga and/or video game characters.

Otaku: a Japanese word to describe a person commonly referred to as a ‘geek’, however specifically with regards to the obsession with Japanese anime, manga or video gaming. 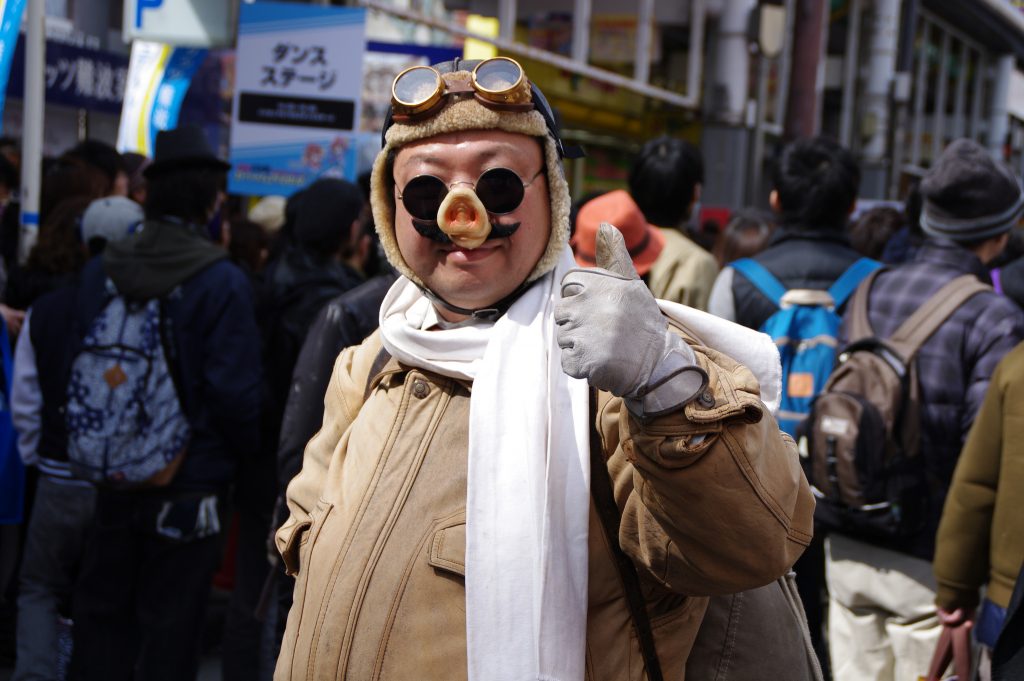 The main road of Nipponbashi will be closed to traffic to make room for an immense street parade featuring people from all over the world, dressed in a variety of cosplay styles.

The fantastic opening ceremony will feature famous cosplayers. They are renowned for the intricacy of their costumes and uncanny resemblance to the characters they are portraying.

On the day, the shops of the Nipponbashi area will be full of special offers, discounts, and one-off bargains, making it the perfect chance for tourists on a strict travel itinerary to bag some authentic Japanese pop culture products for a far cheaper price than they would be able to find back home. 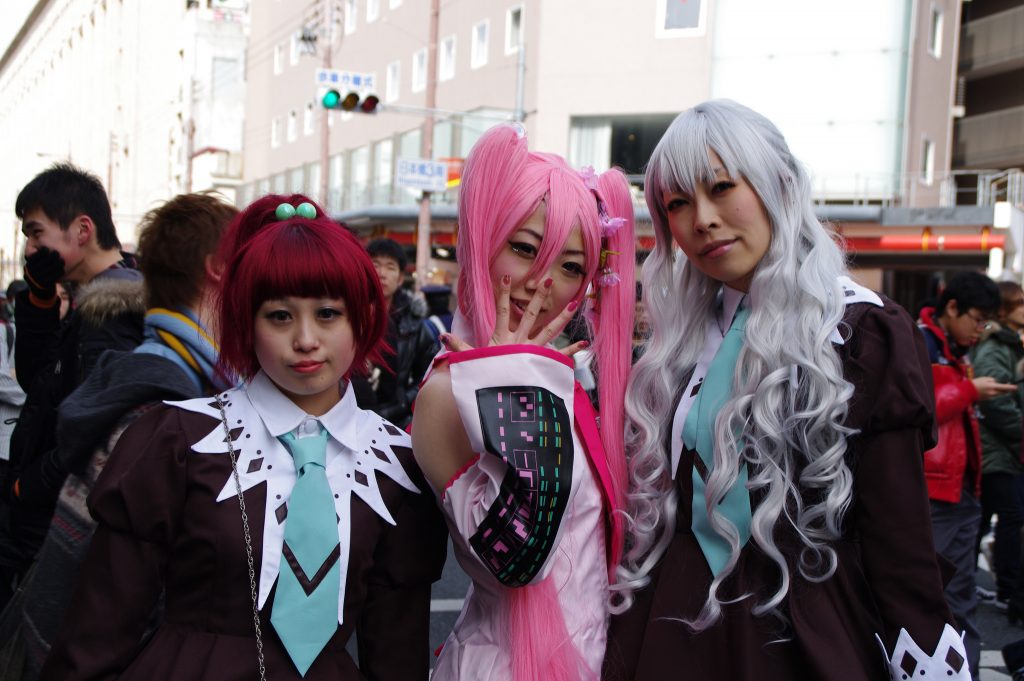 Interesting Facts About the Festival

Except for the opening ceremony, visitors are also able to join in!

Furthermore, the winners of the French cosplay competition from the 2018 Japan Expo (held in Paris) will also be present at the festival, collaborating with the Japanese cosplayers.
Cosplay is becoming an increasingly popular pastime outside of Japan. And as such, the number of non-Japanese participants in the festival is increasing every year. 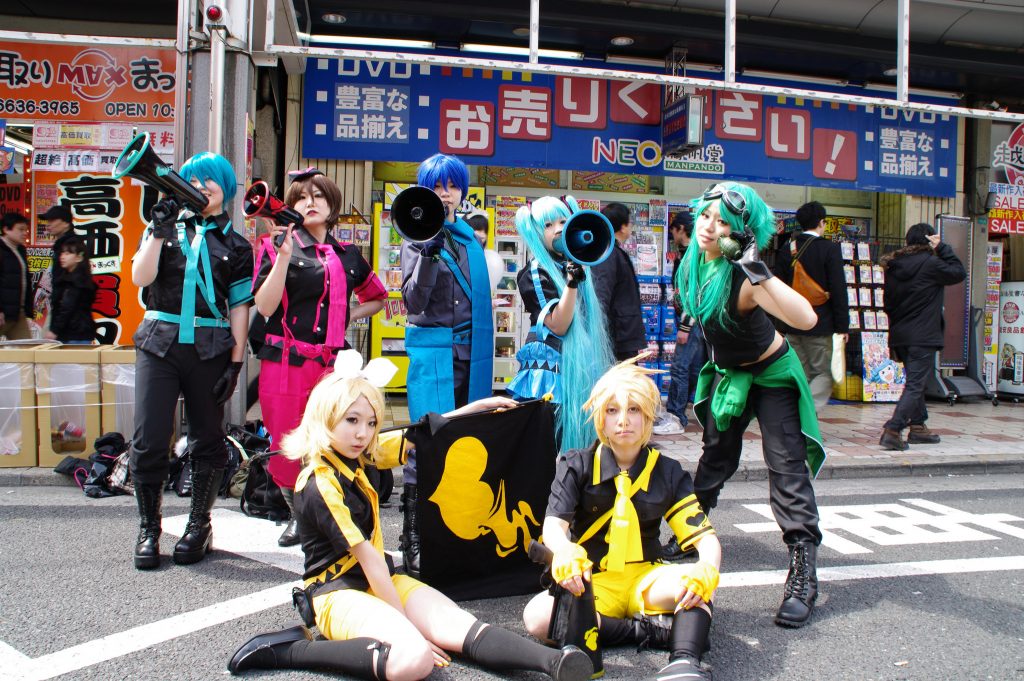 Information and Advice for Spectators

If you wish to participate in the parade itself, it is essential that you purchase the parade pass in advance. See Further Details below for more information.

It’s also important to note that there is a cap of 500 on the number of people who can participate. So, I’d urge you to buy well in advance to avoid disappointment. 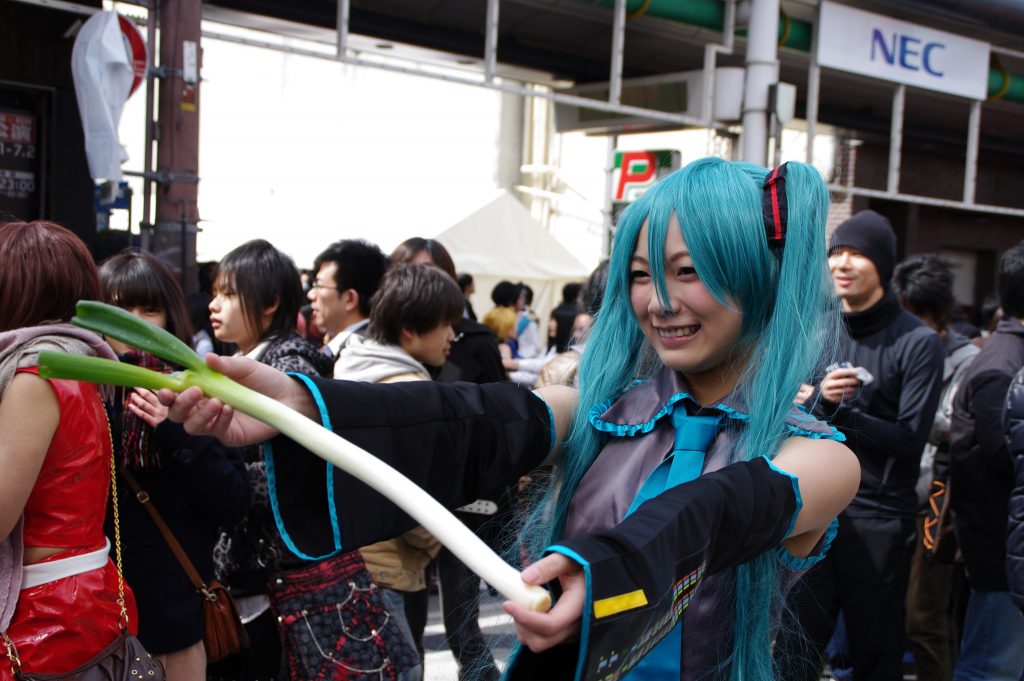 Tourist Information About the Region

Due to Japan’s rapid economic growth during the 1960s, the Nipponbashi area – initially developed after the second world war as a place to purchase radios and other electrical devices – was home to no less than 6 large electrical device retail stores.

From the 1980s, the entire market began to be monopolized by a couple of larger giants. Meaning a lot of the smaller stores either closed entirely or turned their business towards the recent boom in manga and anime related products.

Nowadays, Nipponbashi is known as a kind of western Akihabara. Here all otaku and likeminded people flock to in great numbers to purchase or simply immerse themselves in Japan’s still thriving ‘geek culture’.

The area is also home to a number of Japan’s controversial maid cafes. You will see advertised by usually young women and teenage girls wearing traditional western housemaid outfits.

Nipponbashi is also conveniently located, with easy access by subway to various of Osaka’s other sightseeing hotspots, including Dotombori, Shinsaibashi & Namba (all close tougher and great for a more unique shopping experience) as well as the Kuromon food market. 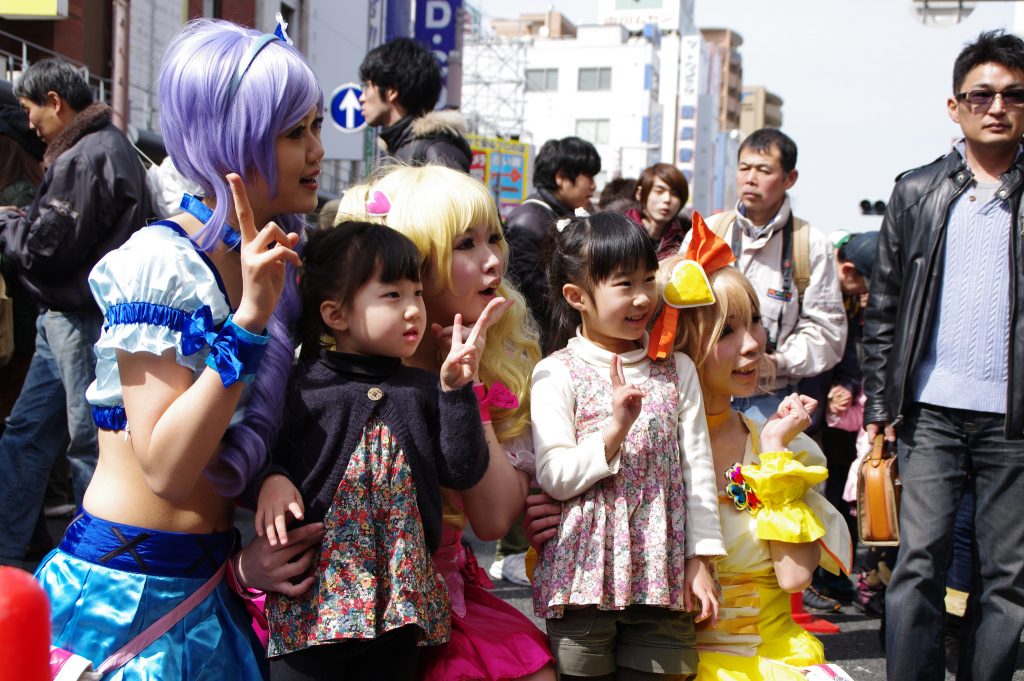 3,000 JPY (including tax plus a wrist band & badge as proof of participation)
Available to purchase as of the 18th December 2018
Cap set at 500 persons.
Where to purchase: 1st floor counter of Animate Osaka, Nipponbashi 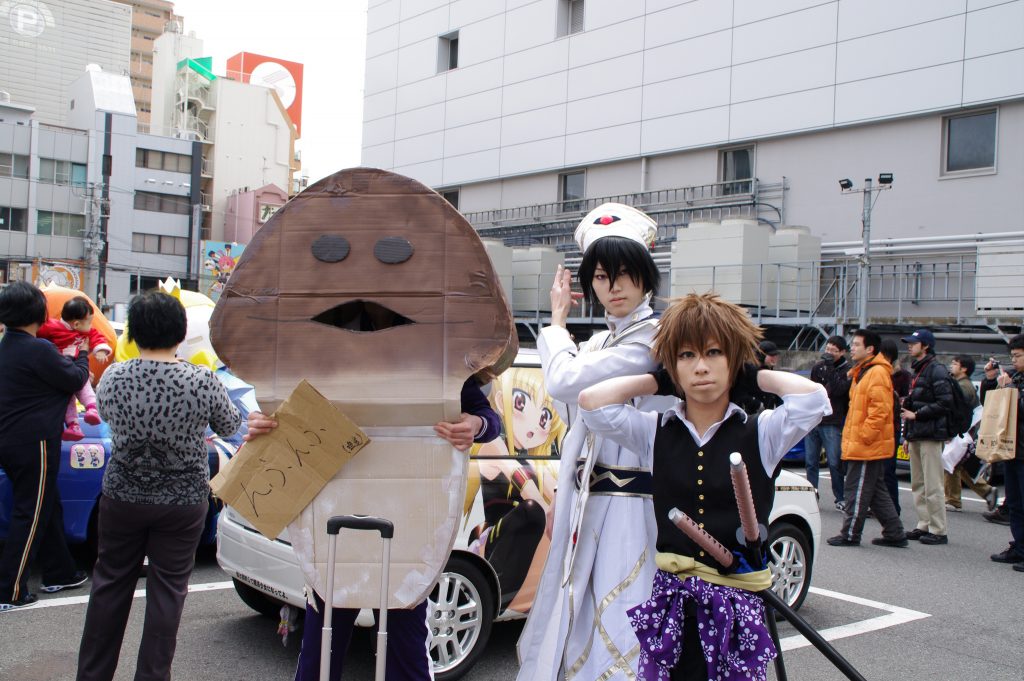 Much of Japanese culture revolves around its history – particularly its ancient, spiritual past. The sudden boom in economic growth that Japan saw in the 1960s, however, gave immediate rise to a new kind of culture – that of modernity. And not simply in the sense of new inventions and changes in the cityscape. But an entire culture centered around the people who inhabited these vast concrete jungles. It is, of course, pop culture of which I am speaking.

When we hear words like cosplay and otaku, we probably think of Tokyo – its dazzling districts and its never-fading lights – the rest of Japan being ‘othered’ in our minds, perhaps reserved for the aforementioned older, more historical aspect of what the country stands for. But this is not entirely the case. As Japan’s second largest city, Osaka is a positive melting pot. Here the two polar opposites of past and present intermingle in a harmony that – on albeit a less intense scale than in Tokyo – cannot be described as anything but delightful. Having lived there for four years myself, I speak from experience.

An Ultimate Idea Source for Your Osaka Stay! 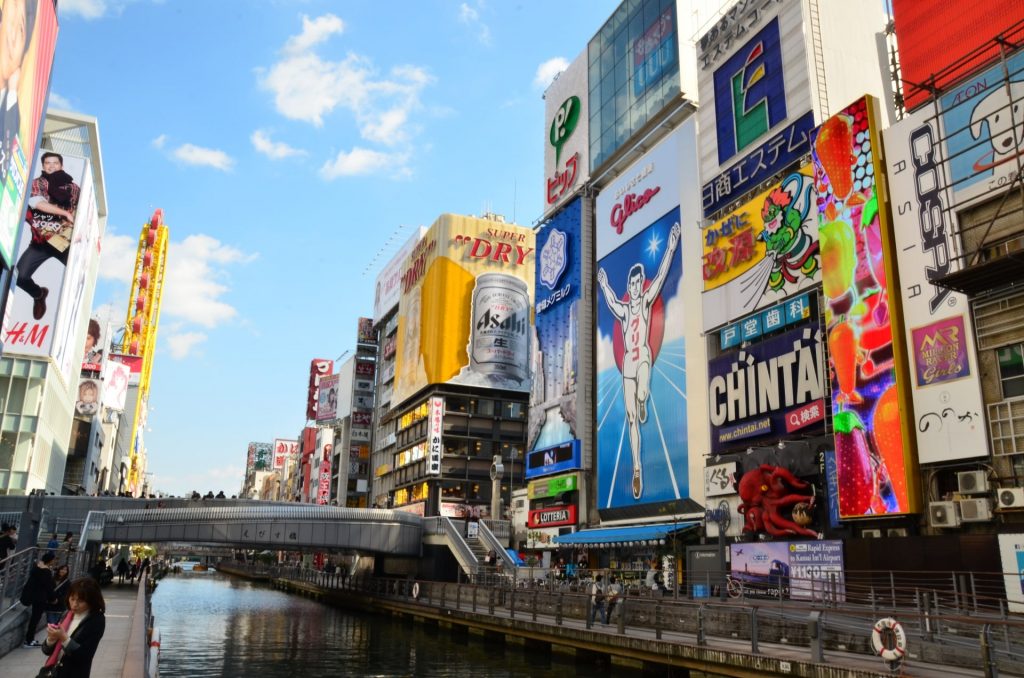 Being the third largest city in the country, Osaka is one of the major gateways of Japan. Even if it is not the main place of your destination, it would be a great idea to stay in this great city for a few days. Whether you want to go sightseeing, shopping, eating out, or trying something special that you can experience only in Japan, Osaka has it all and even something extra. In the following article, you will find 100 things to do in Osaka and many ideas on how to spend your time in the city!

Please, have a look, URL: https://festivalgo.huber-japan.com/events/events/100-things-osaka-sightseeing-spots-traditional-japanese-events 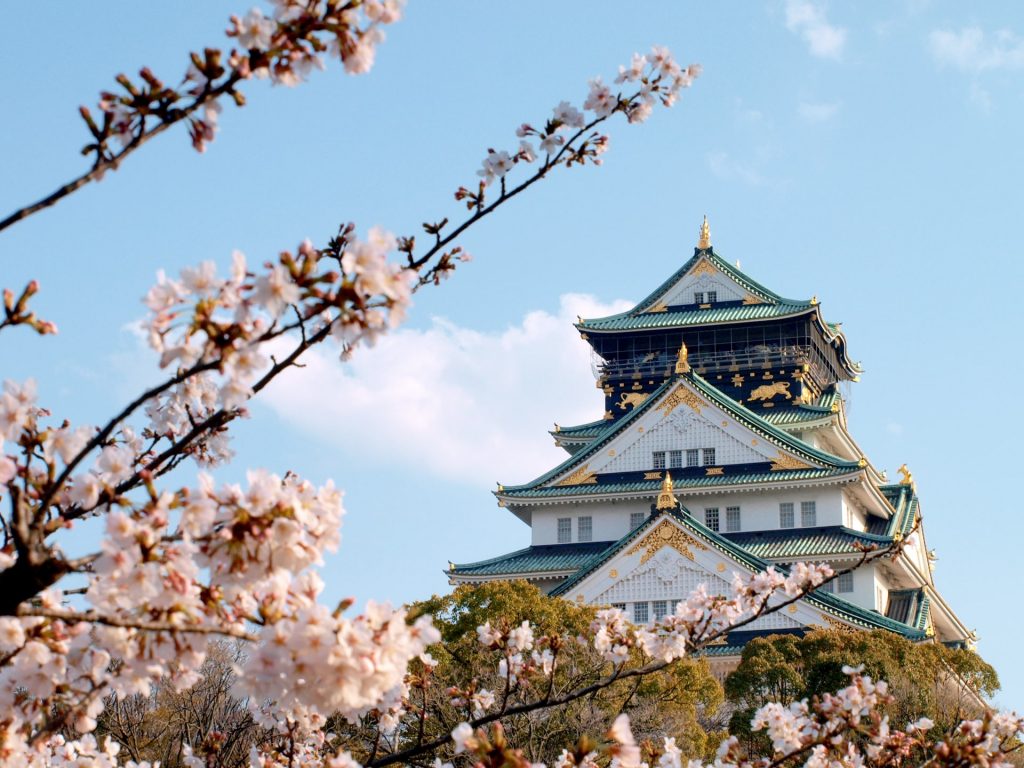 Are you planning on visiting Osaka this spring? Would you like to see Osaka spring events and festivals this year? There are so many things to see and to do in Osaka including hanami (cherry blossom viewing), street festivals, and more! Osaka offers great food, great entertainments, friendly funny people, and a mix of historical and modern sites! The following article picked up the most popular spring events and festivals in Osaka this year! Please take a look!

Despite having lived here for four years as an English teacher, Japan never ceases to both surprise and delight me.