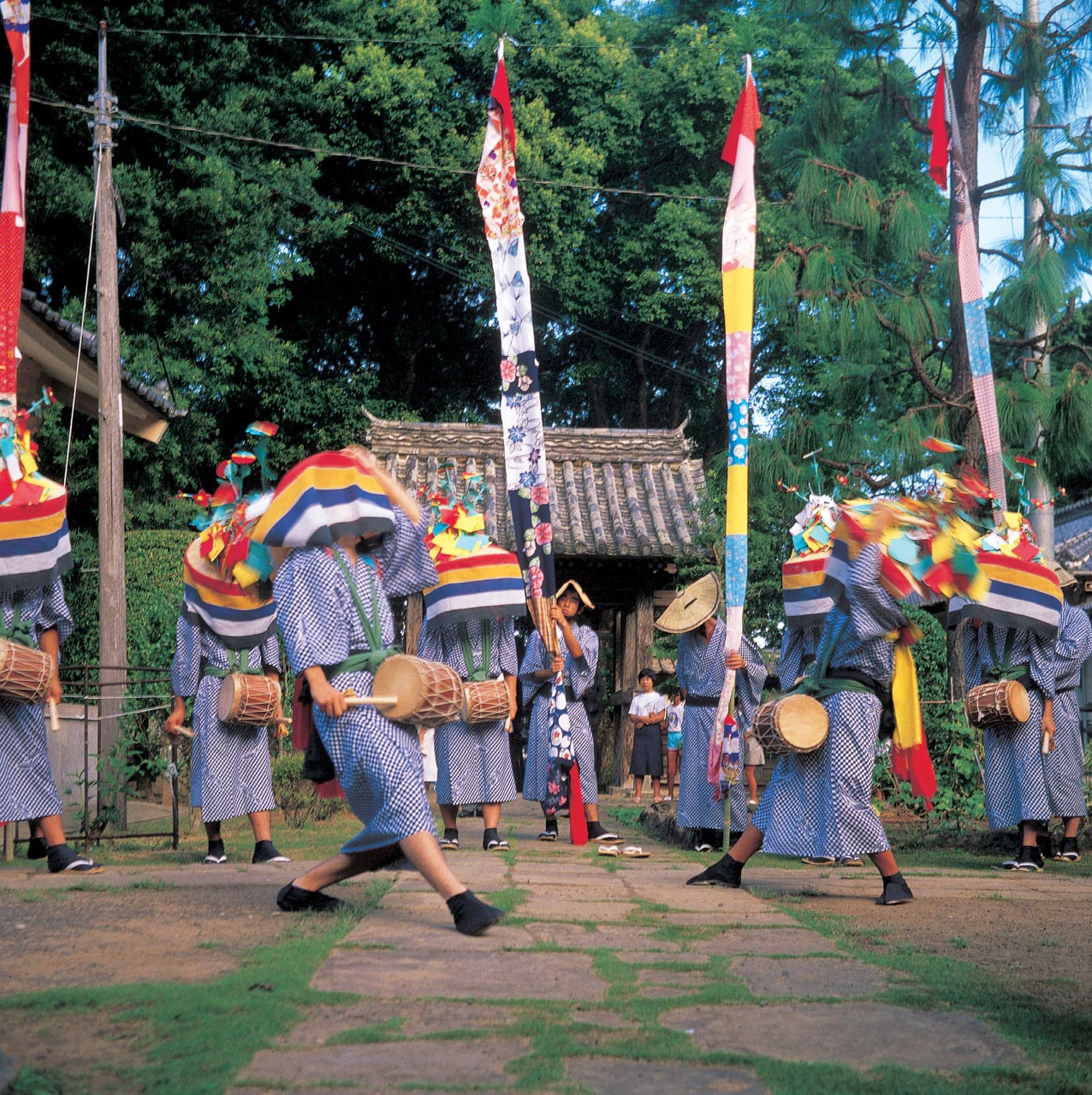 Hirado city in Nagasaki Prefecture is one of the best cities to learn the religious background of Japan. In this article, I will introduce Jangara Matsuri, the Buddhist festival which has been loved by citizens of Hirado city and also tell you more about the relationship between the town and Christianity.

Jangara is Nenbutsu Odori –  the Buddhist dance that has been transmitted among nine districts in Hirado city in Nagasaki Prefecture. It takes place on 14th-18th of August yearly for ancestor worshiping and praying for bumper crops. Although the origin of the festival is unknown, it is said that people started Jangara as a harvest dance, and dedicated it to Shijiki Shrine which is located in Hirado a few hundred years ago at least. It has been regarded as one of the important annual events for Hirado Domain and performed by citizen groups not only at shrines but also at Hirado castle with imperial inspection in modern history. Today, it is performed at a lot of places in 9 districts of Hirado city; Hirado(平戸), Nakano(中野), Hoki(宝亀), Himosashi(紐差), Neshiko(根獅子), Tsuyoshi(津吉), Nakatsura(中津良), Oshijiki(大志々伎) and Noko(野子). 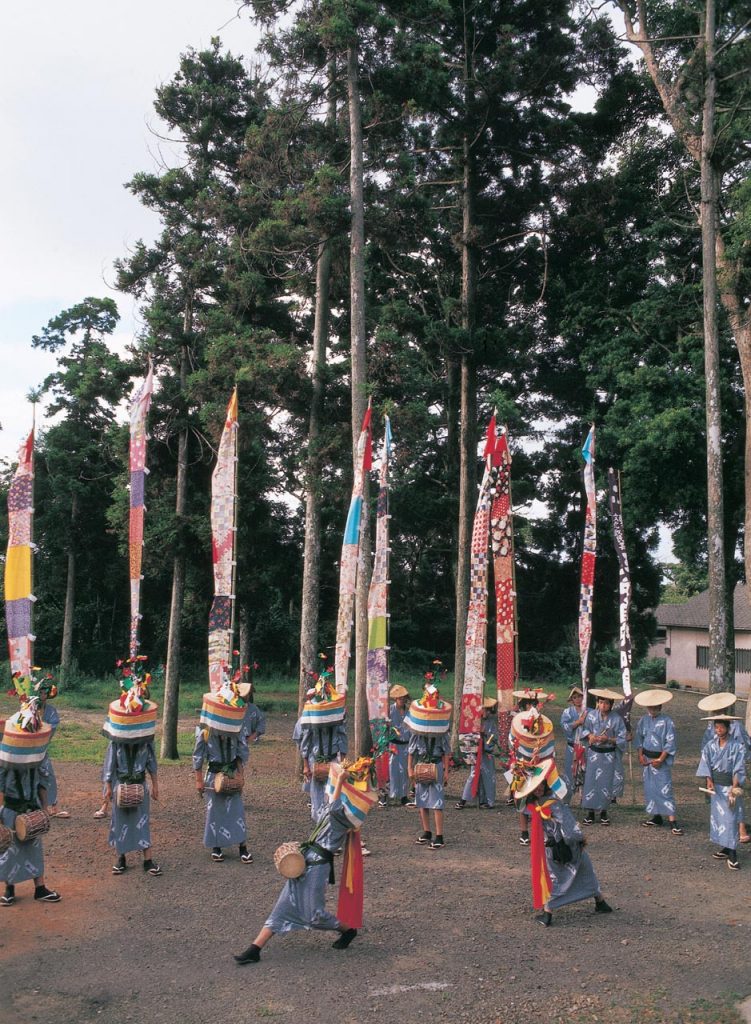 Though the performances have a few differences between each district, the basis is the same. There are mainly two performance groups, one is “Nakaodori” which is consists of 12 dancers, and another is “Sobauchi” – a group who plays on taiko (Japanese drums) and kane (gong) around Nakaodori. During the performance, they wear traditional Japanese clothes – yukata(informal cotton kimono), and the dancers also wear decorated Sugegasa which is a sedge hat, and “Shime-daiko”- a portable Japanese drum that they hang on the neck. “Jangara” is a unique word that comes from the sounds of the instruments: “jan” is the sound of kane, and “gara” is that of taiko. 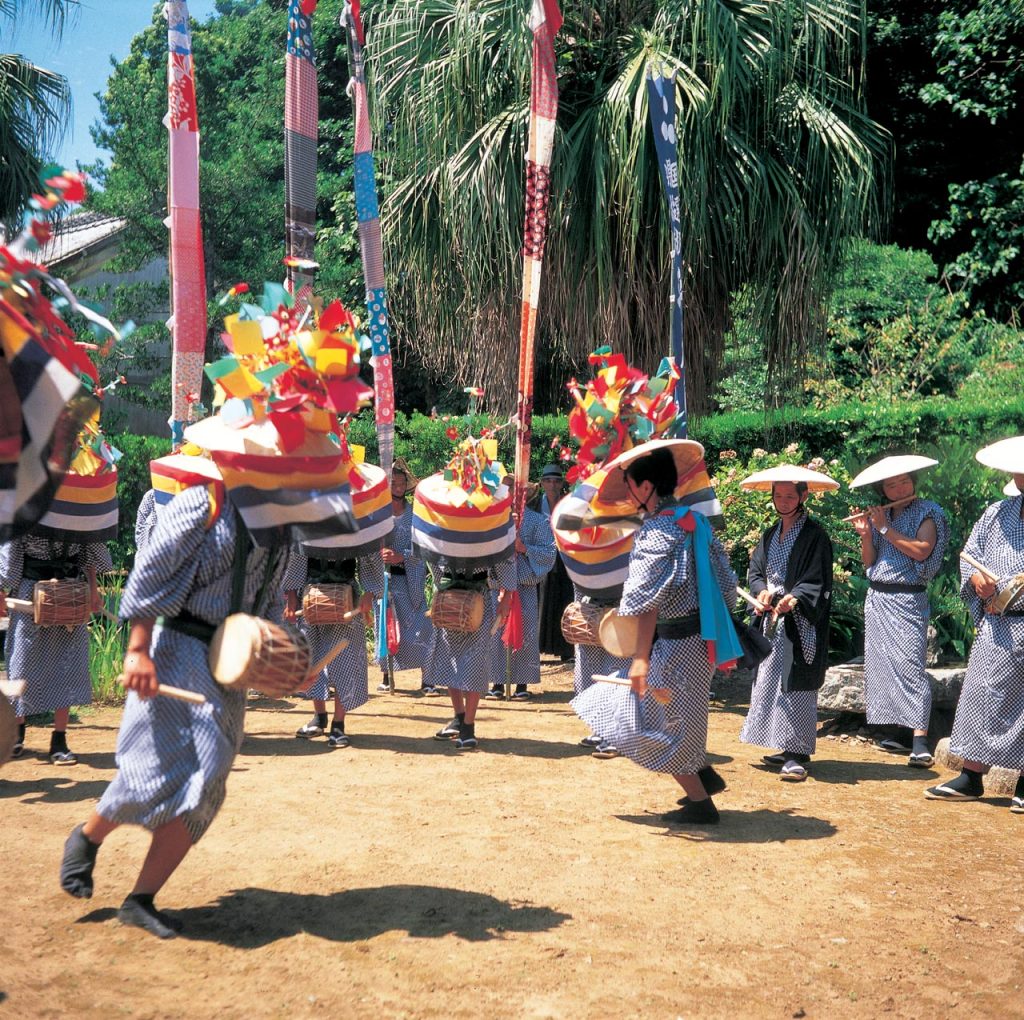 Dates: The festival takes places on different days depends on the districts. Please check the following schedule below.

Place: I am going to explain how to go to Kameoka shrine where the festival takes place on 18th, it is nearby Hirado castle. There is no train station, so I advise you to go there by bus. Traveling time to Kameoka shrine from Sasebo city, which is the second biggest city in Nagasaki Prefecture, is roughly 1.5h by bus. Take the bus at Sasebo station and get off at Hirado-sanbashi bus stop.

Hirado city is located in the northwestern part of Nagasaki Prefecture and used to take an essential role as a center of foreign trade during the Sengoku and Edo periods. At the beginning of the 17th century, British and Dutch reached the city and established a trading relationship with Tokugawa Shogunate. It prospered as the first trading port having business with Western countries until Japan closed the country and stopped trading with foreign countries.

When you walk around Hirado city, you will quickly find English and Dutch buildings. Notably, there are 13 Christian churches because Francis Xavier who was a famous Christian missioner reached Japan for the first time in 1549 and his first city was Hirado. 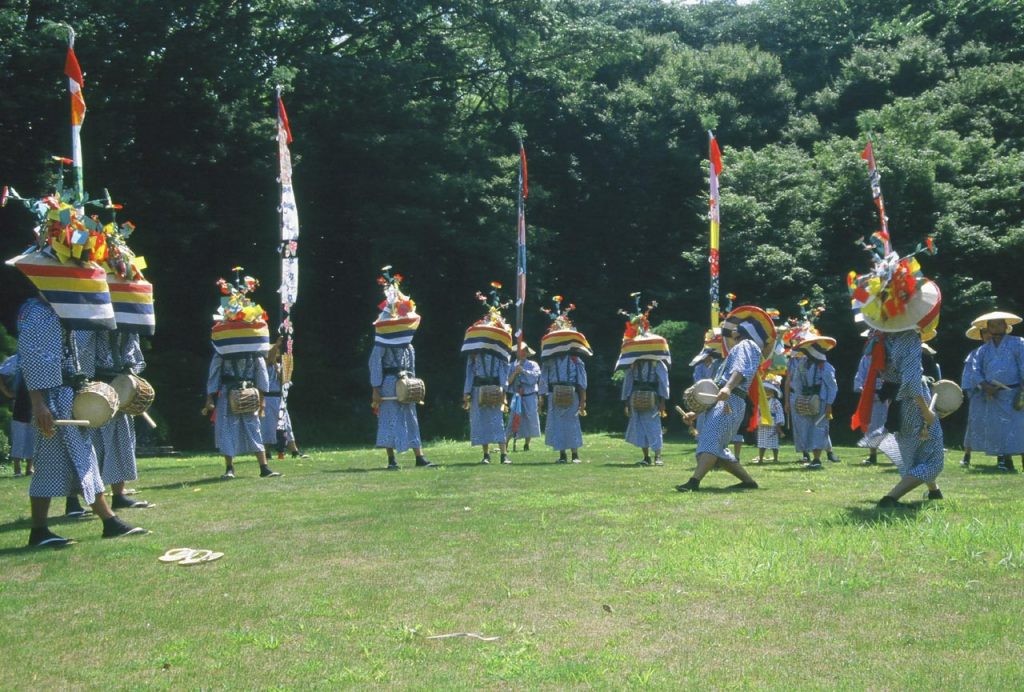 Francisco Xavier Memorial Church is one of the most famous churches in Hirado. It stands on the hill near the center of the city. It was initially built at a different site in 1913 but was reconstructed at its present location in 1931. Do you know what how many Japanese people are Christian? It is only 1% of the Japanese population. However, every 10th person in Hirado city is Christian. Today the emerald green church became a symbol of Hirado city.

Other than Francisco Xavier Memorial Church, there are twelve other churches in Hirado city. Tabira church and Hoki church are suggested as the candidates for the UNESCO World Heritage Site. How about visiting these churches to feel the dignity of belief? 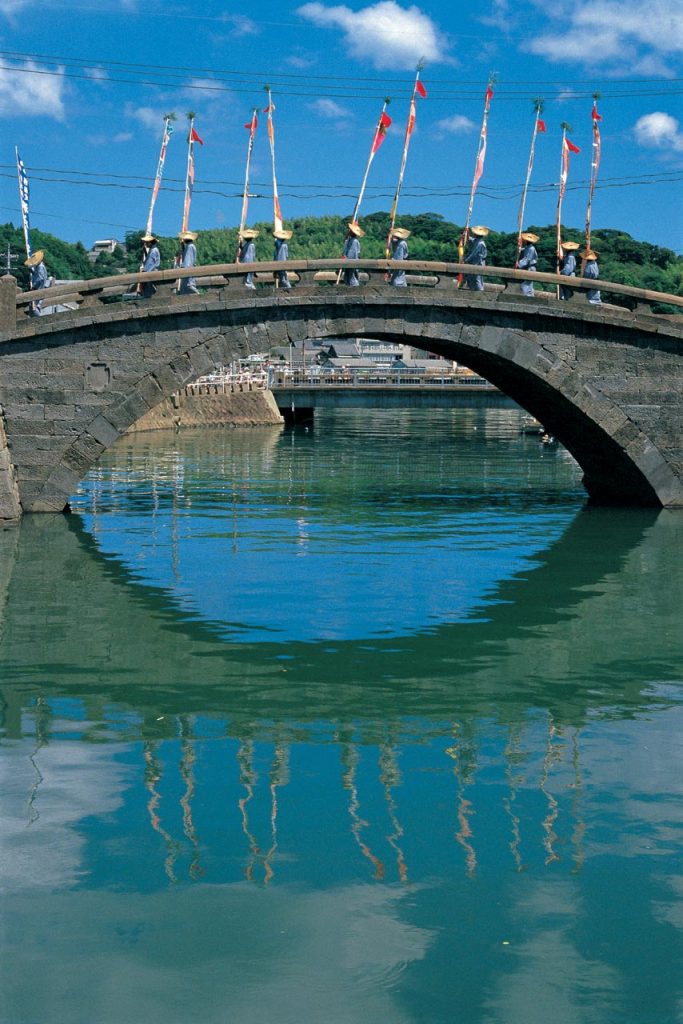 The fifth part of Hirado city is designated as Saikai National Park. You will find the beautiful sea and nature around the town. It has a lot of charm; I recommend you to visit the city and attend the Jangara Matsuri!

If you need any guides to take you around the festival and show you even more things to do in the area, please check the banner below.

How about watching or even taking part in Japanese dance festivals. The festivals are very different, and you can see either traditional dances and hear the music that had not changed with time, or visit more contemporary dance events.  Anyway, what`s a festival without dancing? There are so many dance festivals in Japan that sometimes it is hard to choose one. Following article collected Best Dancing Festivals in Japan. Please have a look and pick your favorite!
URL: https://festivalgo.huber-japan.com/events/5246/