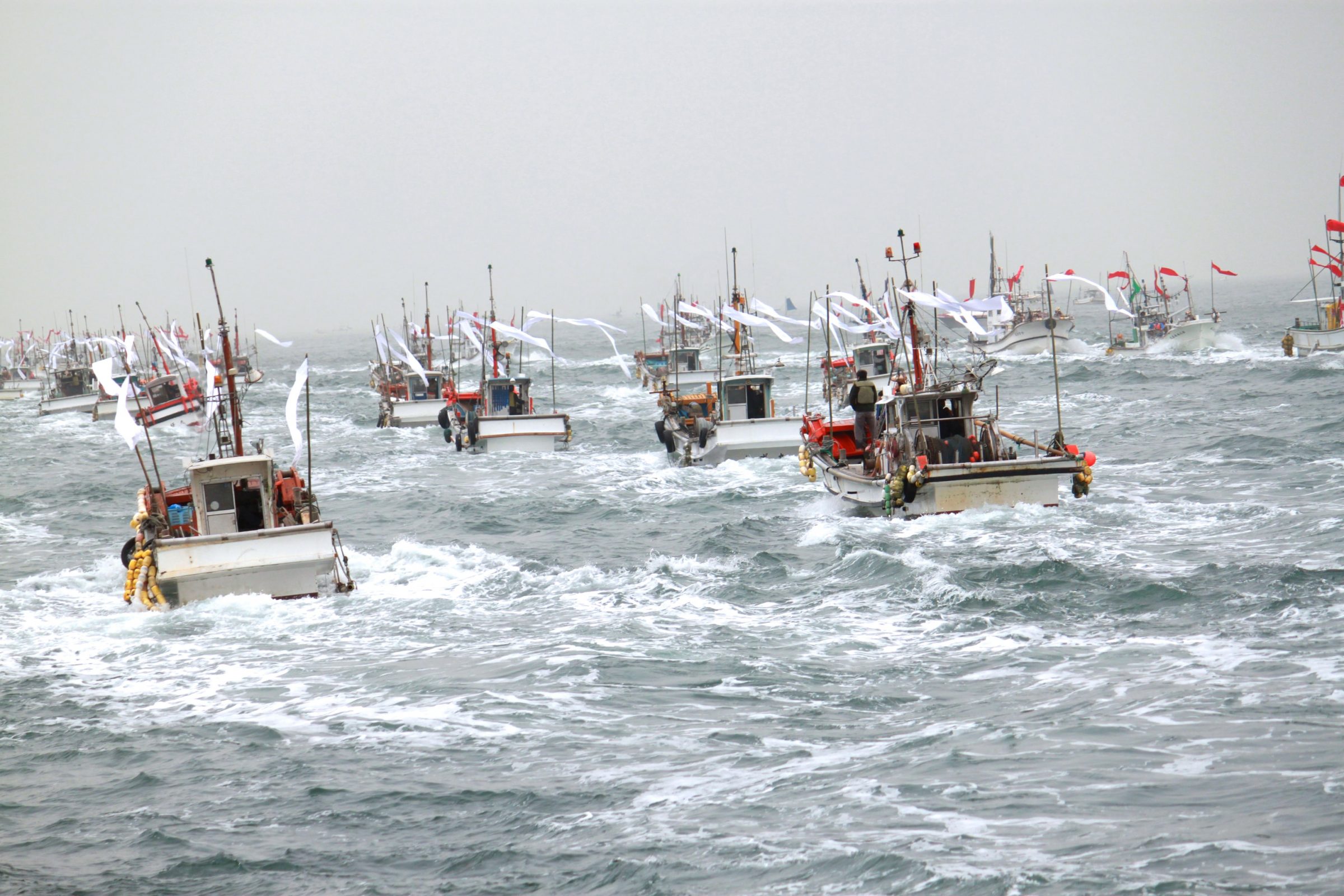 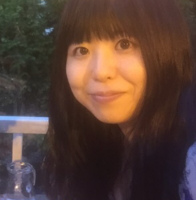 The Genpei Funa Battle parade that takes place on the ocean is part of a prominent Japanese festival. The warriors on the boat wear old Japanese army uniforms. Watching the boats gives you the feeling of being in Japan 830 years ago!

The parade is a part of the Shimonoseki Kaikyo Festival in Shimonoseki city located in the west most end of the main island. The city is famous for its blowfish and the central place of the historical battle – Dan-no-Ura. In this article, I’m going to introduce you to the festival and its parade! 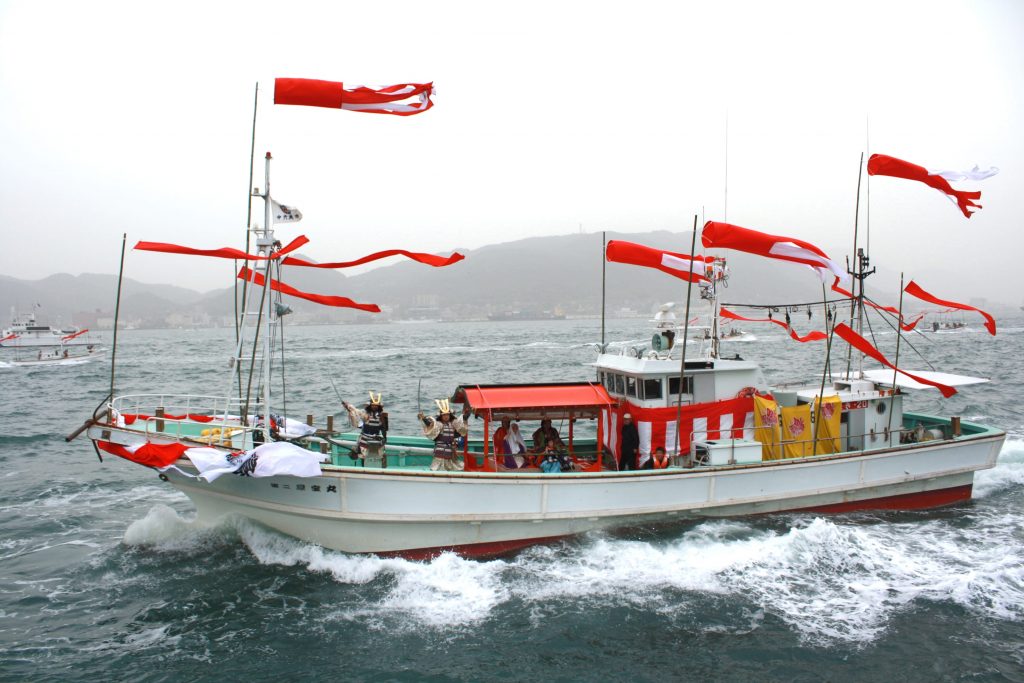 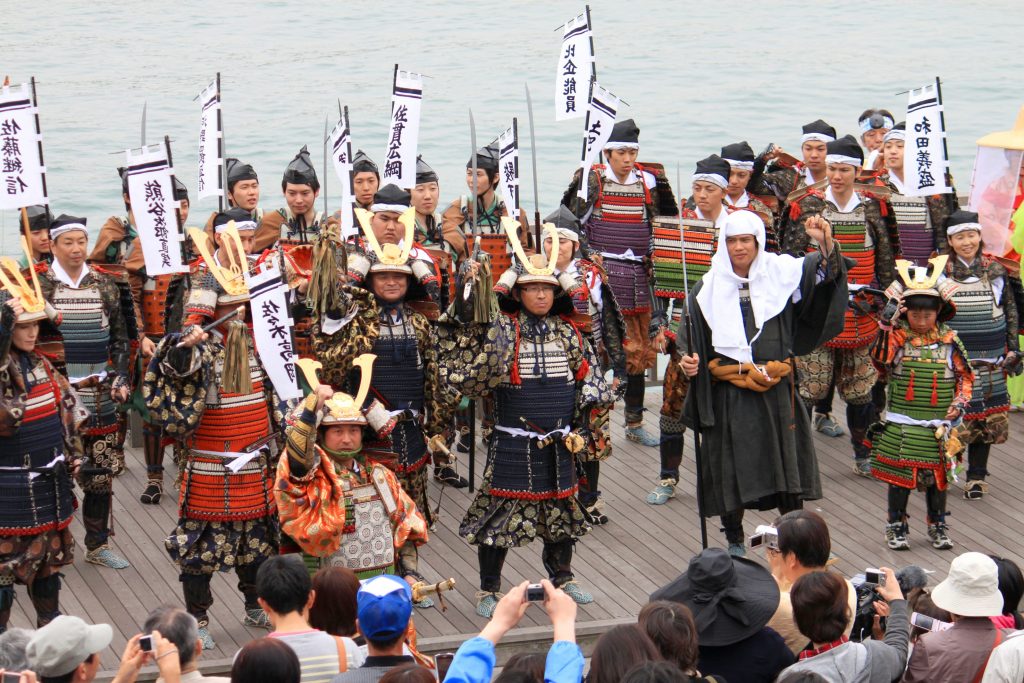 During the festival, there are many events to commemorate the emperor. People wear traditional uniforms from the old times and do things such as formal worshipping, rituals and several parades!

About the Genpei Funa Battle

The main event of the festival which is the Genpei Funa Battle parade takes place on the ocean. About 80 battleships with red and white banner flags are moving with the wind and have armored soldiers and court ladies to bring back the Battle of Dan-no-Ura. 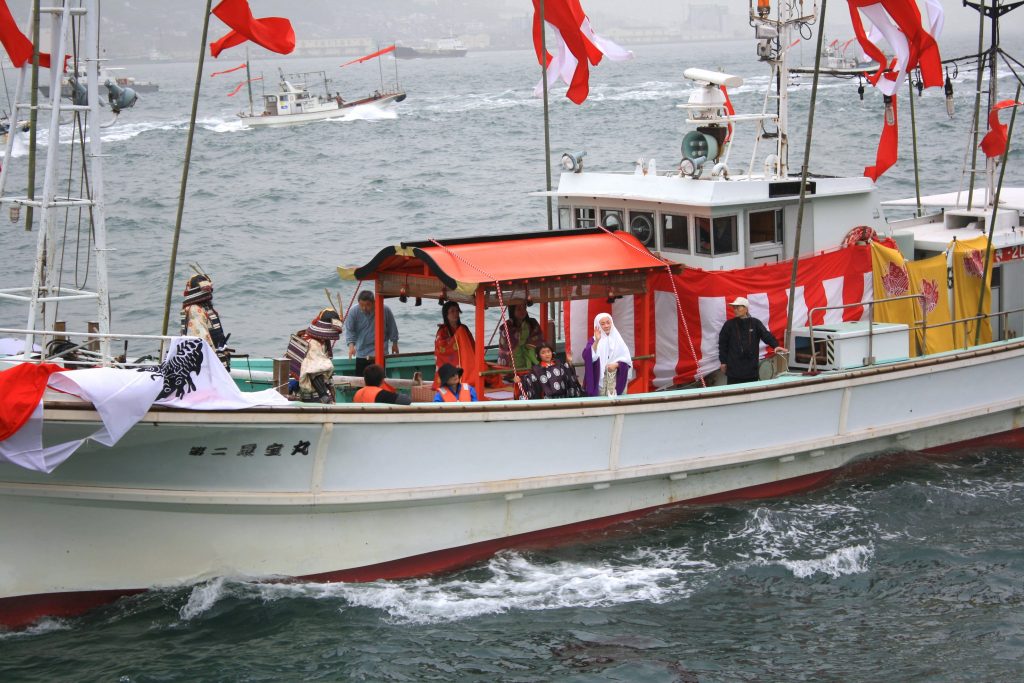 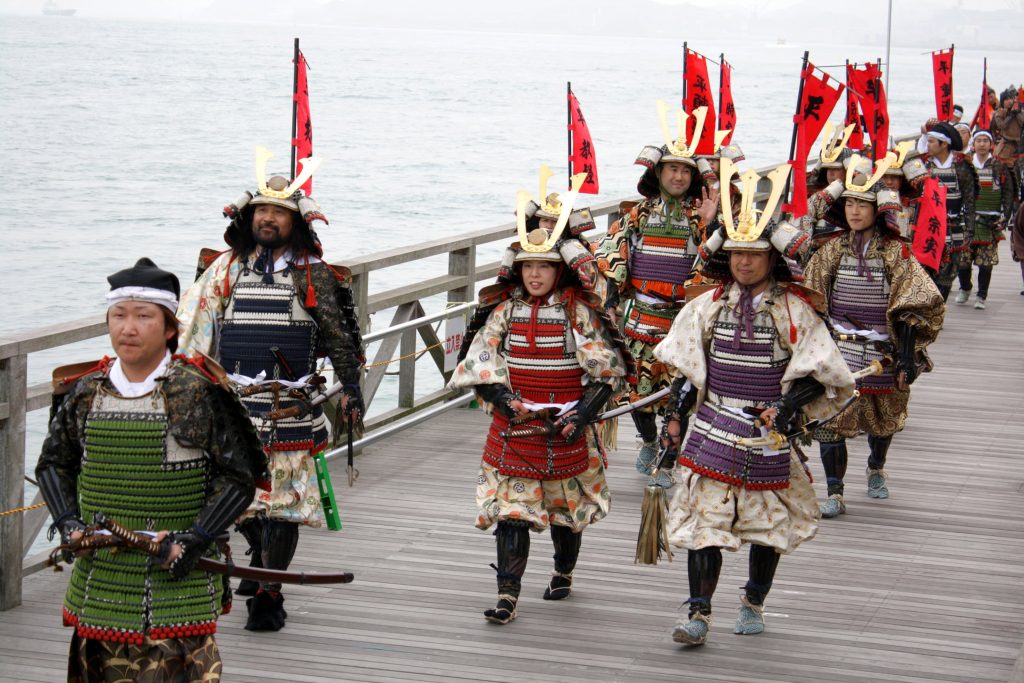 At the festival, you can enjoy not only historical action but also eating the local food! On the day of the Genpei Funa Battle parade, Genpei blowfish hot pot provides one bowl for only 300 Yen. However, they can sell 20,000 bowls! The sales start around 10:30 am!

Many local food stands provide food from around 10 am on that day. But I highly recommend you to visit the festival before noon, because they close when they sell everything! 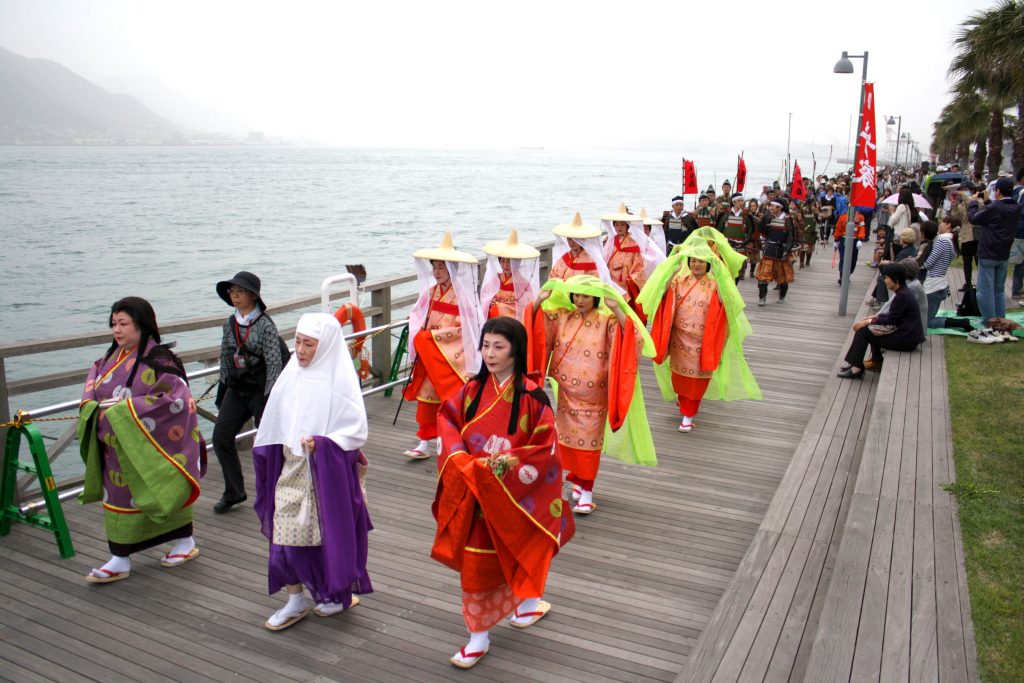 By car: There is plenty of car parking at the various places in the city. However, during the festival, the traffic is bustling, so I highly recommend you to take public transportation. 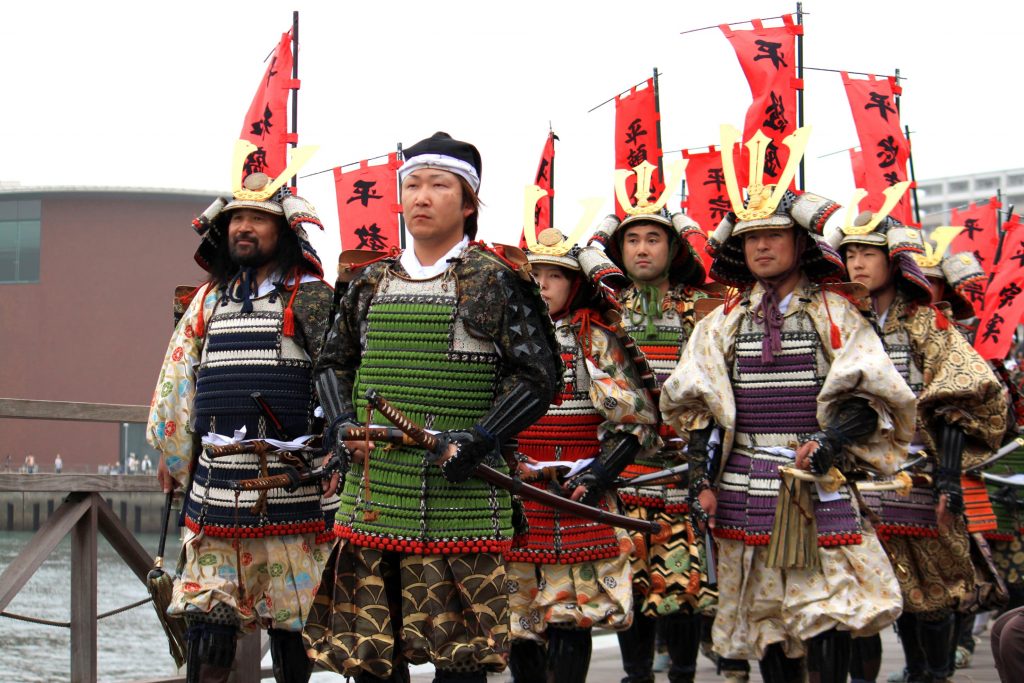 What do you think about the Genpei Funa Battle parade and the Kaikyo festival? You can see and feel the Japanese history and look at the armored warriors and beautiful old fashion! You will feel becoming one with the locals through the parade which is a fantastic experience! Also, enjoy the local food in Shimonoseki city and try the blowfish!

If you are in Japan around May, I recommend you to visit this festival! If you need any help or have questions, please don’t hesitate and click on the banner below. We are happy to help you anytime!

Travel, hotel and fashion writer living in Germany who loves to hang out with foreigners talking about Japan!!