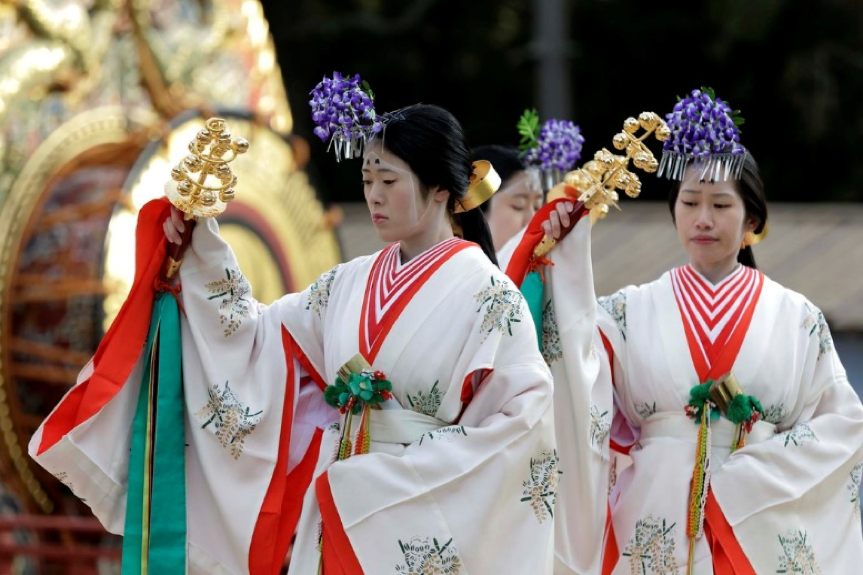 Kasuga Wakamiya On Matsuri in Nara: One of the festivals that has a long history 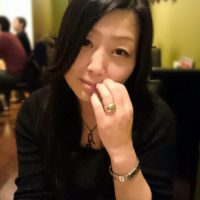 Are you curious about the reason why this traditional festival started? OK, I’m happy to let you know! In this area, people often suffered from famines caused by heavy rains and local flooding for years. So, then overlord, Fujiwara no Tadamichi(藤原忠通), decided to hold a religious ceremony to help people. His great idea worked! People’s life improved dramatically after that!

Since then, “Kasuga Wakamiya On Matsuri” festival has been held for over 880 years for the productiveness of grain and the happiness of people. In 1979, it was designated as an important intangible folk cultural property for its long history and incomparable importance. A lot of people greatly look forward to this festival every year. 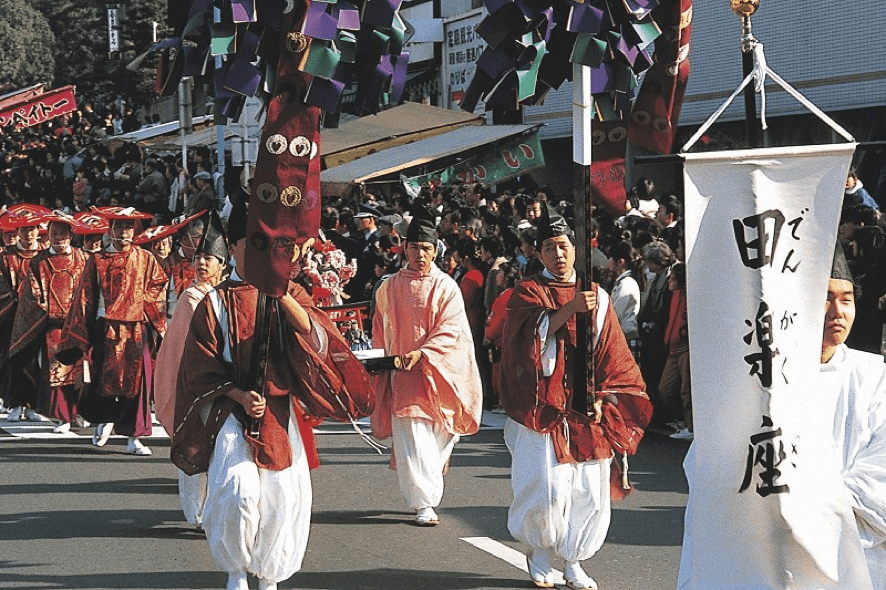 You have many things to see in this festival, so you may be worried a bit. So, I will recommend you musts!
First, I strongly recommend “Owatari shiki” parade(「お渡り式」).
It’s a fabulous and beautiful parade. About 1000 persons dressed in very Japanese traditional and gorgeous costumes join this parade and march the streets near the main site “Kasuga Taisha” shrine(「春日大社」) for about 2.5km.

This parade consists of 12 kinds of units, from traditional performers to people joining religious ceremonies. You might feel as if you slipped back in time to 1000 years ago. 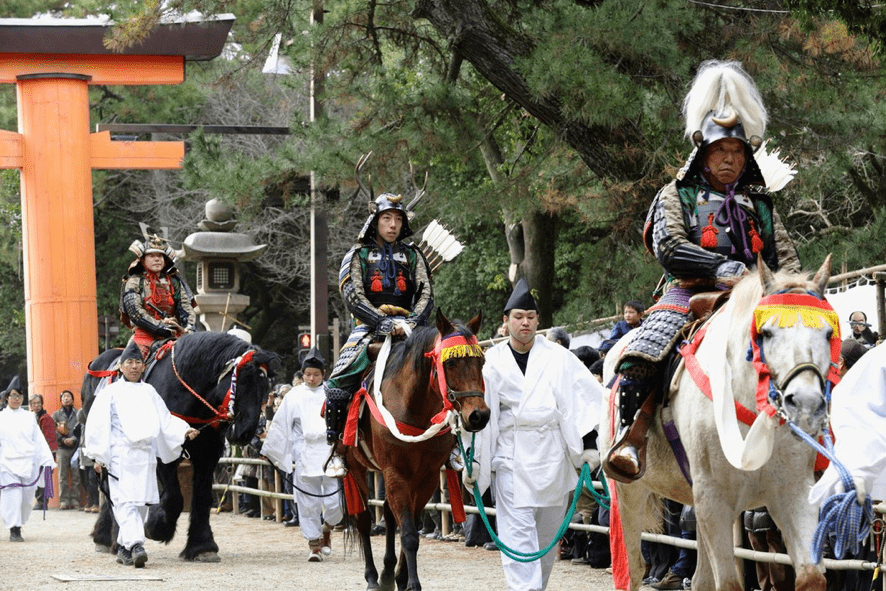 Second, you can’t miss “Otabisho” festival(「お旅所祭り」)! You will enjoy a wide variety of traditional & classical entertainments such as “Sarugaku”(「猿楽」), “Dengaku” (「田楽」), and “Kagura” (「神楽」) for long hours until 11 pm. Dance, performance, and music with traditional musical instruments・・・. It’s not exaggerating if we call it “living history of Japanese entertainment”. I’m pretty sure they will fascinate you and you may forget the coldness (of course, it is very cold outside in mid-winter, so you must stay warm in a winter coat and scarf not to get a cold when you go out to the festival!).

In addition to them, you can also enjoy sumo wrestling!
Nowadays sumo wrestling is quite popular not only in Japan but also in many foreign countries.
But it may not be well-known that it was originally an offering to the god of the shrine.
In this sacred festival, sumo wrestlers fight for dedication to the god of “Kasuga Taisha” shrine. You will feel a tremendous impact from the fights by big and strong wrestlers at the shrine.

The dates of the actual proceedings are same year to year, it is usually held for four days from December 15th to December 18th. 17th is the most interesting day to visit.
The main site is “Kasuga Taisha” shrine. This shrine was built in 768 A.D. and marks the 1250th anniversary in 2018. It was designated as a World Heritage in 1998.

By train and / or bus

Or, take a bus for Shinai Junkan Sotomawari (City Loop Bus Outer Circle), get off at “Kasuga Taisha Omote Sando” (about 9-13 minutes), and walk about 10 minutes.

I’m a SAKE evangelist! My dream is to enjoy fabulous Japanese SAKE with people all over the world!