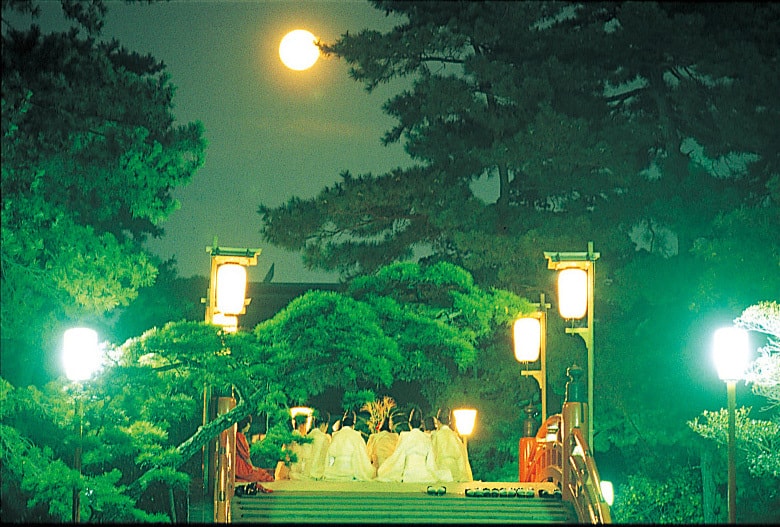 The Moon Watching Festival in Osaka

In Japan, we have a special moon watching culture called “Tsukimi”(月見). Especially between July and September, the moon has been said to shine the most beautiful throughout the year, known as the harvest moon. Many people like to go for a night out during the harvest moon season to enjoy the beautiful moon, and today, I am going to introduce one of the best spots to see the moon! 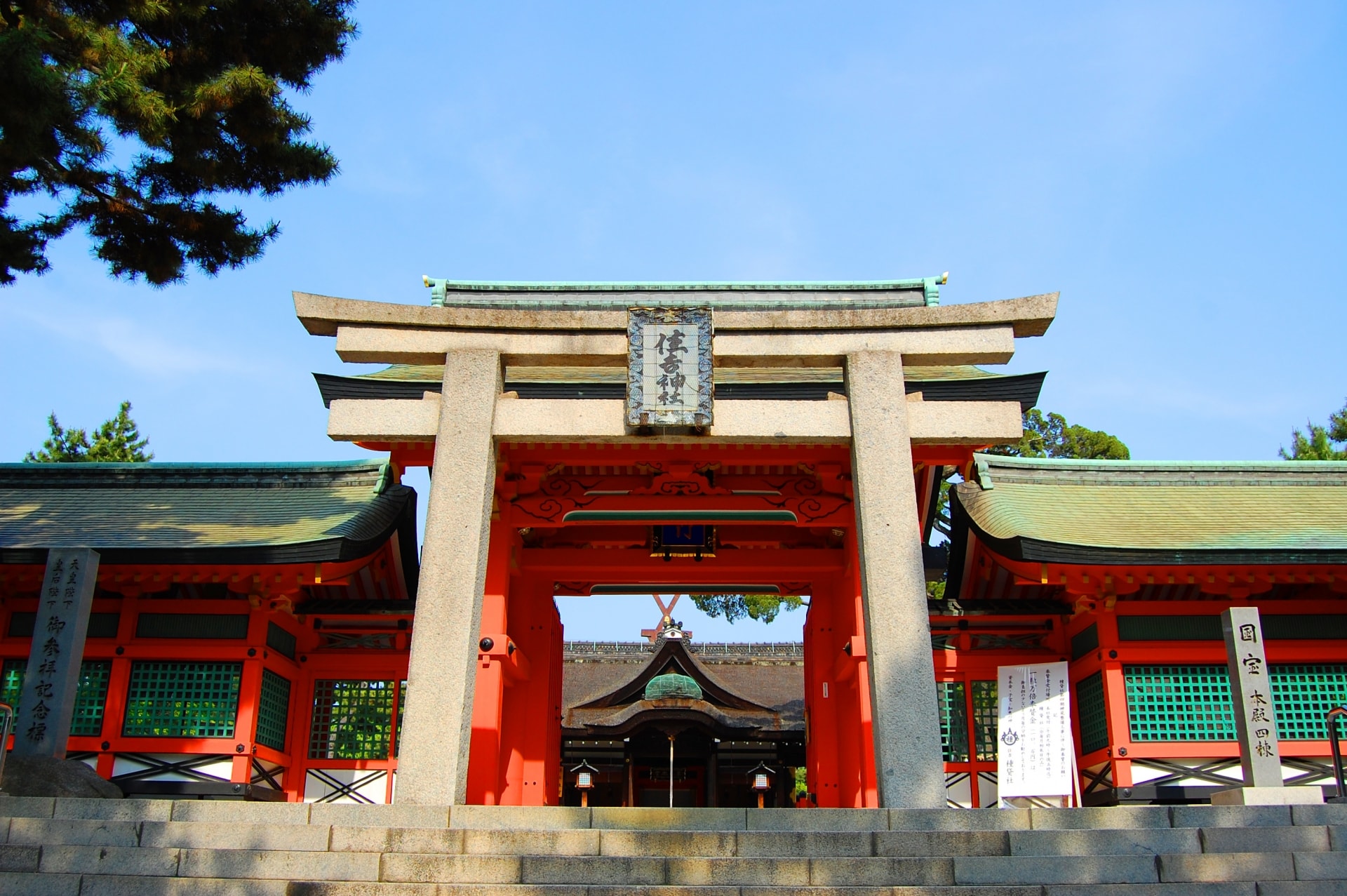 Every year in Autumn on the day where the moon shines the best, a moon watching festival called the Kangetsu festival (観月祭) is held at the Sumiyoshi shrine(住吉大社) in Osaka. Each year, the shrine becomes full of people who come to enjoy the harvest moon and the festival. 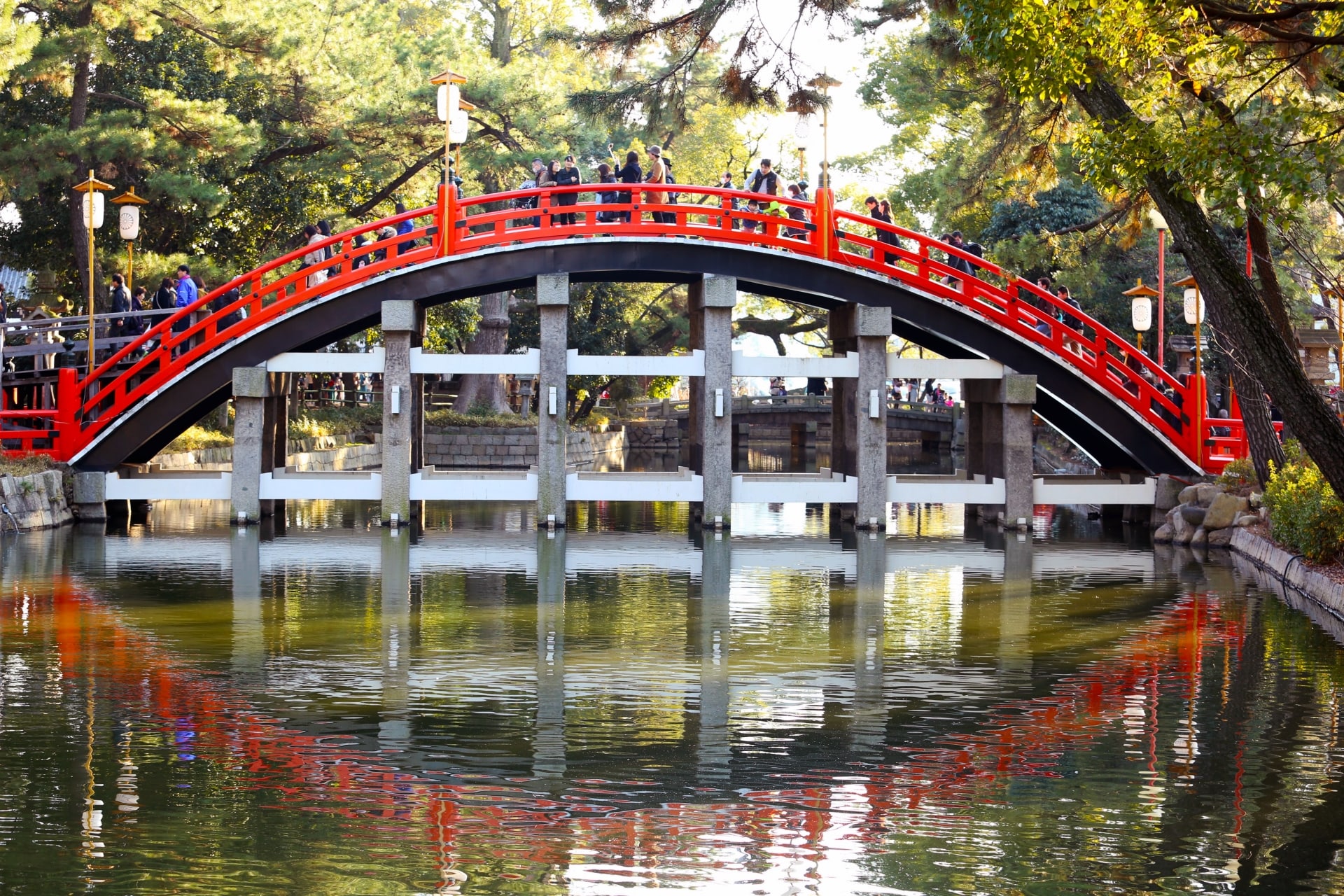 What makes this shrine so special during the harvest moon is the beautiful view from the bridge built near the shrine, called the Taiko bridge(太鼓橋). It’s an arch shaped bridge painted in beautiful red, and from there the moon can be seen at its best.

Things to do and see:

The whole festival is about enjoying the harvest moon from the best spot, but other events are held that represents Japanese culture with the moon. In the very middle of the Taiko bridge, Japanese poems called Waka(和歌) and Haiku(俳句) are sang, and a type of Japanese traditional Dance called Bugaku (舞楽) is performed. The round moon at night in the shrine with traditional music and dancing what could be more relaxing and wondrous. 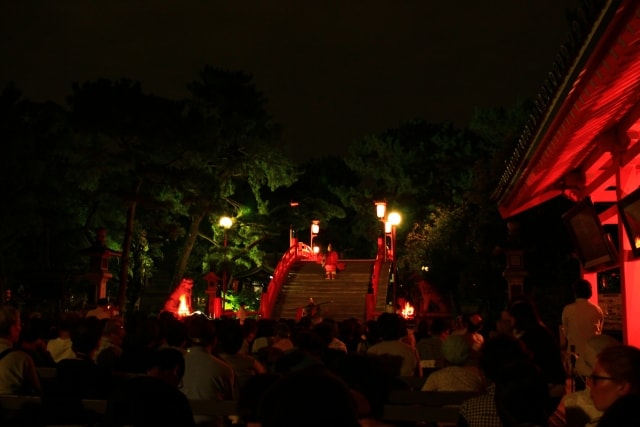 The exact date of the festival changes each year as the festival is held on the day of the mid-autumn harvest moon (中秋の名月), which is around September and October.

The nearest station is the Sumiyoshi shrine station (住吉大社駅) which can be accessed by the Nankai line (南海本線).

The shrine gets crowded during the event, so I recommend you to arrive a bit early if you want to see the traditional performances held on the Taiko bridge. 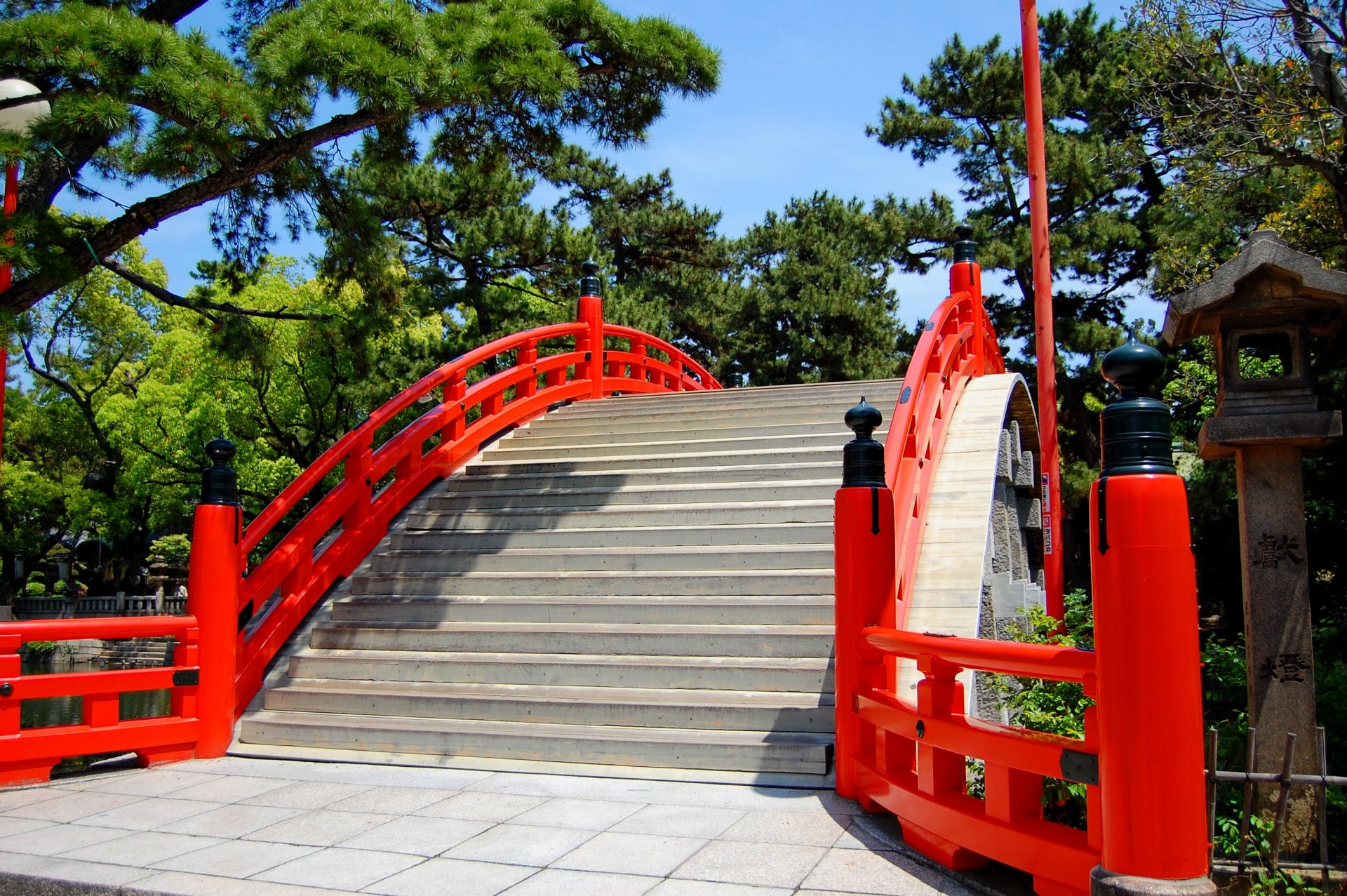 Other things to do in Osaka:

You might have some spare time before the evening on the event day, so here are some recommendations!! 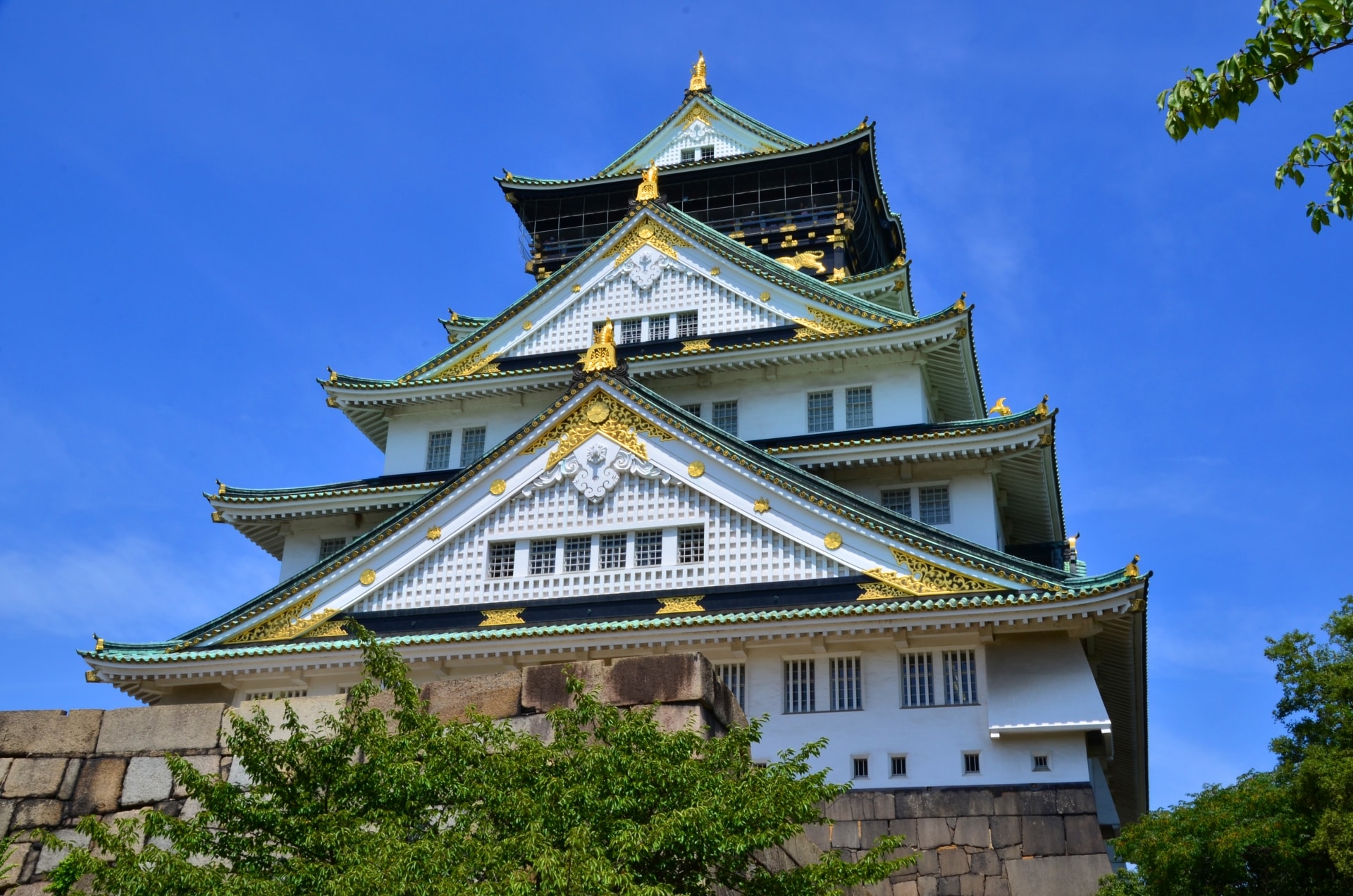 The Osaka castle is a must-go site if you are sightseeing in Osaka. Built in 1583, the castle is one of the symbols of Osaka, and you are sure to be astonished by its presence. 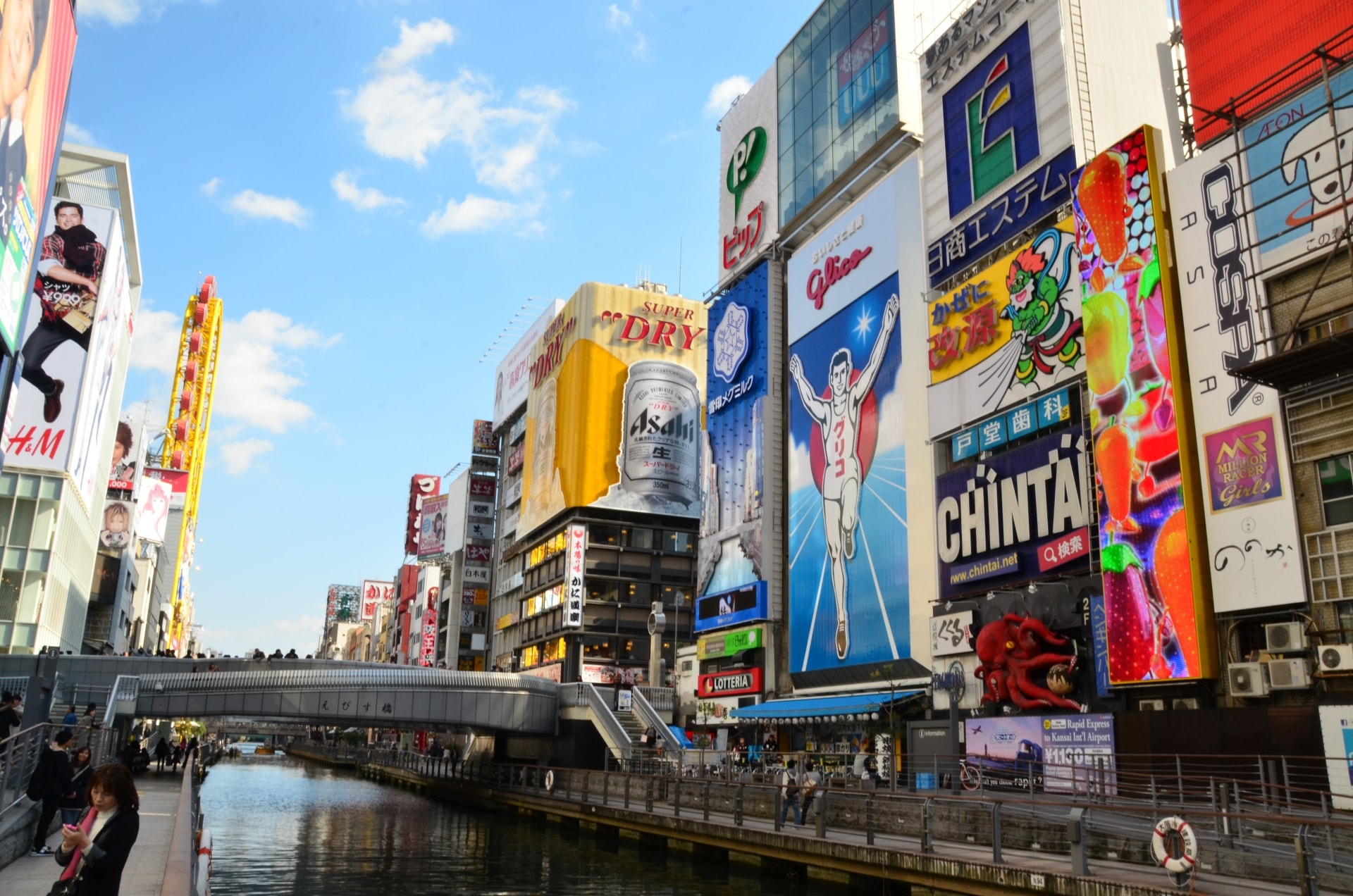 Dotonbori is one of one of the biggest shopping areas in Osaka and is very busy. Its like the city center of Tokyo, but has a completely different atmosphere so it is worth visiting! 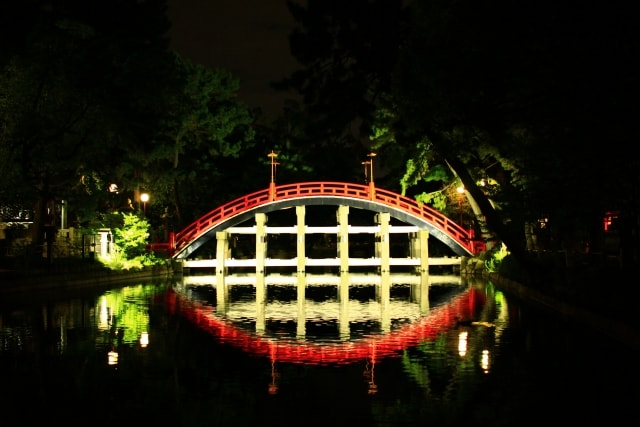 Watching the harvest moon in autumn is very common and traditional in Japan, and it is a big event for Japanese. However, there are not so many places where you can enjoy the moon as best, so the Sumiyoshi shrine moon watching festival is a definite recommendation if you want to enjoy the moon. I am sure it will give you a magical experience and a beautiful time.

Why not grab a camera and take your friends for some nice moon watching??

For more information, check this below!

Hi I’m Ryusei. I’m a university student, and love to play sports, listening to music, and communicating with people.