Have you ever heard a story about a Chinese man who came to Japan around 2,200 years ago looking for a medicine for immortality

In this article, I would like to introduce to you Nikita Shrine Autumn Festival and the shrine itself where a Chinese man whose name was “Jyofuku” came once.

Nikita shrine is in Saga city, Saga prefecture. Saga is a prefecture located in northwestern part of Kyushu island, and Saga city is the prefectural capital with the population of 230,000. 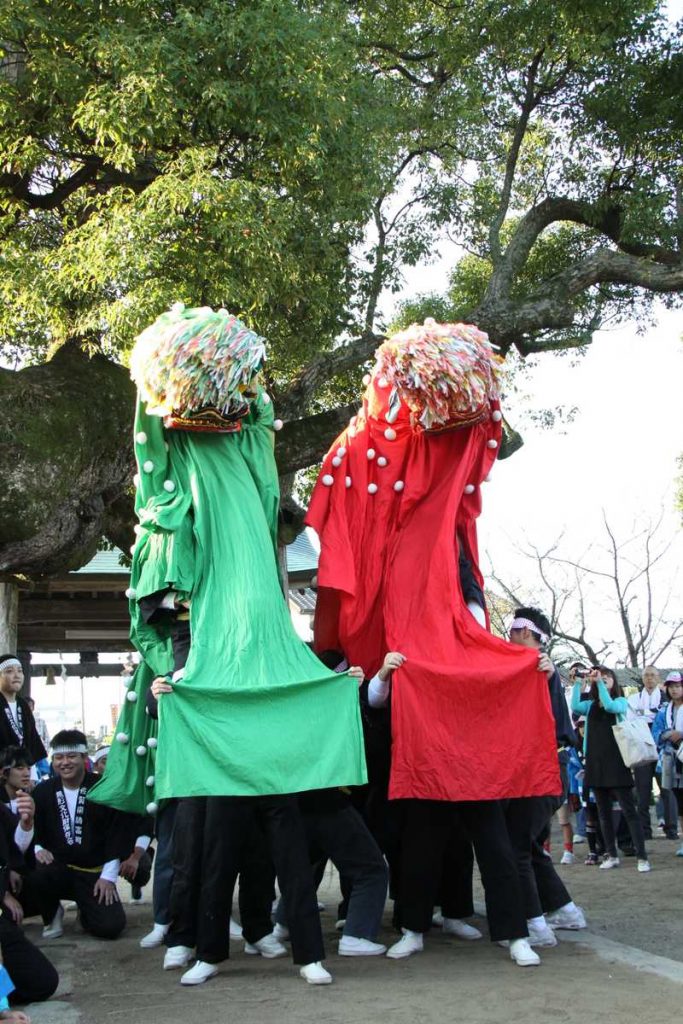 Jofuku was a retainer of the emperor, and the emperor ordered Jofukuto look for and obtain a medicine of immortality which was owned by an old hermit wizard. The legends say that Jofuku came to the east of Japan with around 3,000 people, but he did not come back to China. Jofuku was believed to be a legendary man, but he was an actual person. His stone monument remains in Jiangsu area in China, and it is said that his descendants live in that area.

Anyway, the story says that Jofuku came to Japan and planted a juniper tree – Byakushin here in Nikita shrine. This Byakushin tree is still in the precincts of the shrine. This tree’s age is expected to be 2,200 years, which means that it matches with the time when Jofuku came to Japan. I am not sure whether or not people 2,200 years ago really believed in the existence of a medicine of immortality. But I guess, reaching Japan by sea was a very difficult adventure for the Chinese people 2,200 years ago. 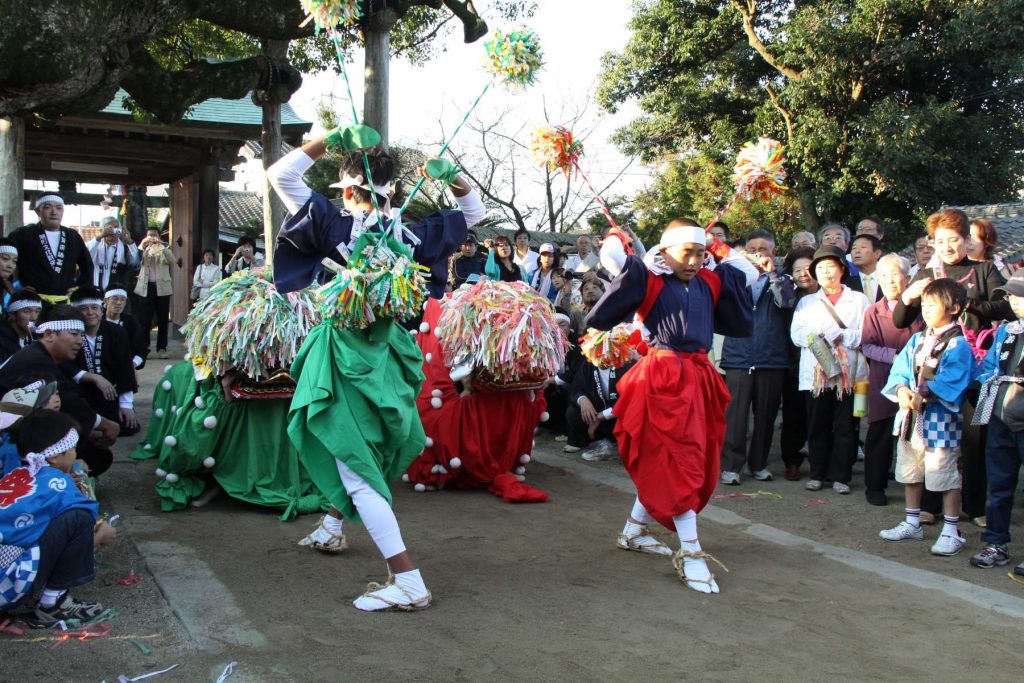 Autumn festival is held on Sunday in the mid-October every year praying for bumper crops & good catch of fish.

The highlight event of this festival is a lion dance called Mie-no-Shishimai）.

This lion dance is designated as one of the “Important intangible folk-cultural properties” in Saga prefecture, and it is said that this lion dance has been contributed to the shrine 600 years ago.

When 2 lions start dancing around at the precincts, spectators shout full joy.
One lion is green, and another one is red. One lion consists of about 10 members.

After dancing at precincts, 2 lions go around the town with Mikoshi (portable shrines) under the music of Fue (笛）, flutes, and Taiko drums.
Some children who are lions’ keepers – Mezuri also join the parade.

You may watch ladder climbing lion dances at several places in Japan, for example at the time of New Year’s parade.
But it is very rare to be able to watch Piggy Back Ride Style (Kataguruma 肩車） like at the autumn Festival at Nikita Jinjya shrine. 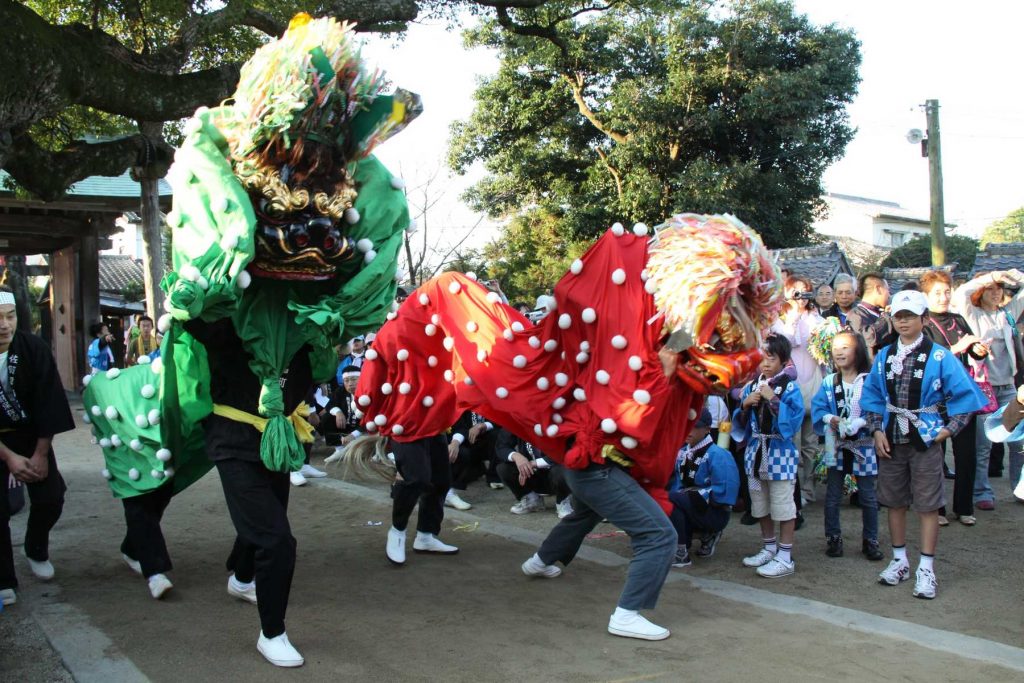 Festival Dates One Sunday of October every year. In 2018 will be on 14th. The dates vary every year, so I suggest you check the official site in advance.

From JR Saga station take a bus #1 bound for Minami Saga and get off at No-Machi bus stop. It takes about 15 minutes to reach the shrine y foot.

I hope that you will visit Nikita shrine and enjoy watching an acrobatic lion dance – Mie-no-Shishimai.

At the same time, please look at the juniper tree and imagine its tremendous age.

In addition to the juniper tree, you can watch a 1600- year-old Kusunoki – camphor tree in the precincts of the shrine.

If you would like local guides to accompany you during your trip to Saga and take you to this festival. Please don’t hesitate to contact Huber. and click on the banner below!