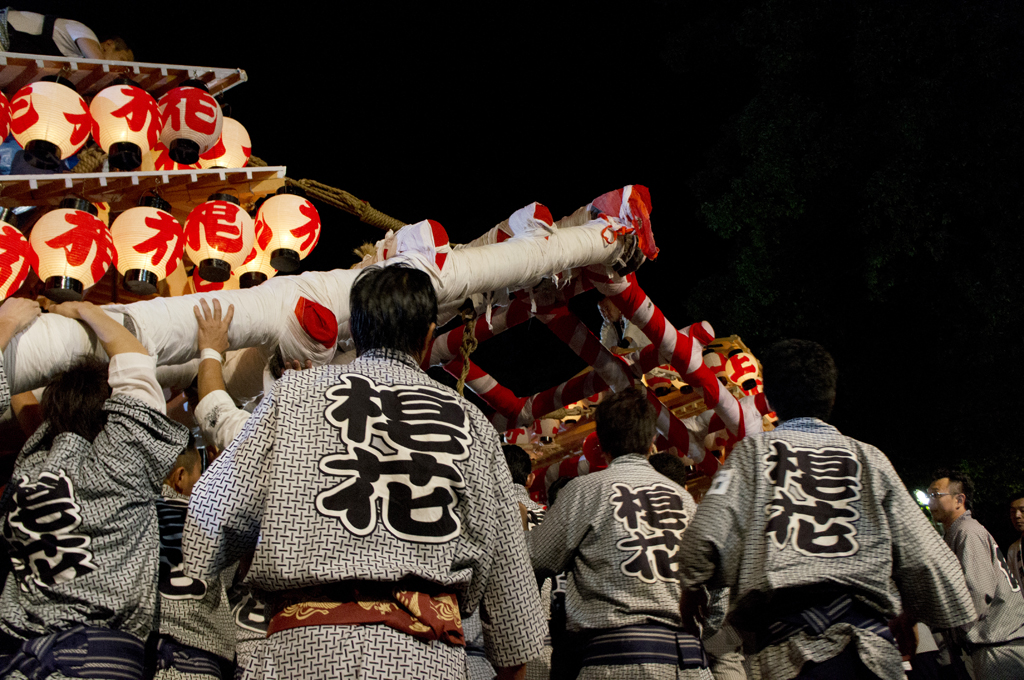 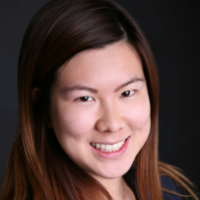 Iizaka is in Fukushima city in Fukushima prefecture. Iizaka Kenka (fighting) festival is known as one of the three major Japanese fighting festivals in Japan along with Kishiwada Danjiri festival in Osaka and Kakunodate festival in Akita. The festival is held for three days around the first weekend of October every year. The area is also known for its famous onsen (hot springs) in Tohoku. The exact history is unknown, but the festival is believed to be established 300 years ago. About 150,000 people join the festival every year. Once upon a time, it was a festival that worshiped god of war and people prayed for winning a war, but now the festival is to appreciate great harvest and pray for Mr. Takashiro who started it while protecting the tradition over 300 years continuously. 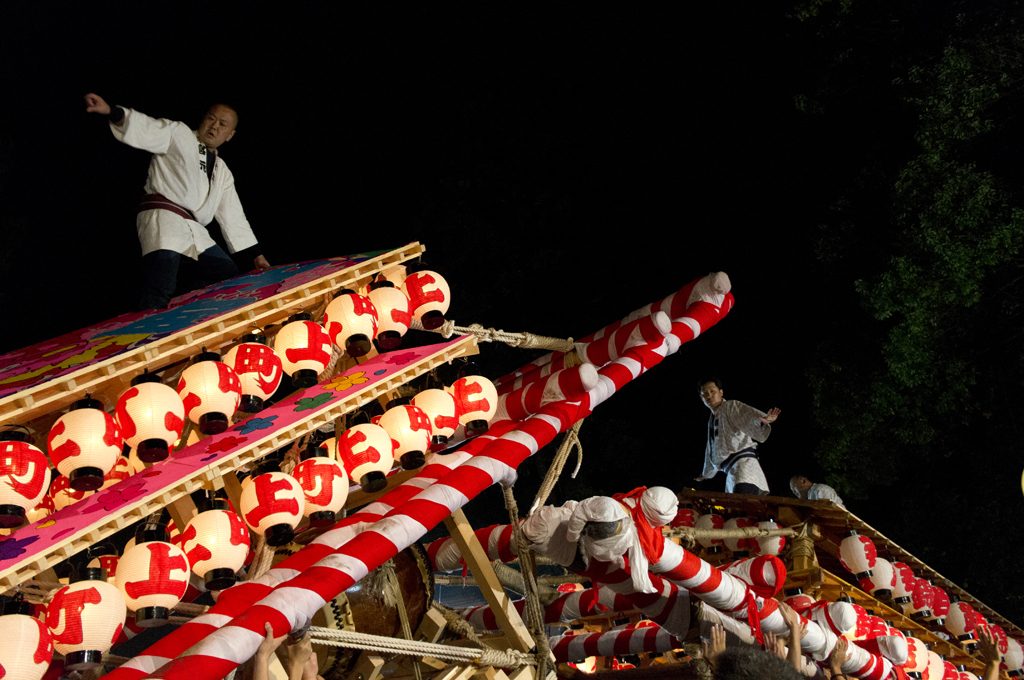 On the first day (Friday) around 11 am, the ceremony begins. Festival officials wear proper Montuki (the clothes that samurai used to wear and was considered as). Everyone thanks God for the fertility of the five grains and pray for the peace of the shrine all year around. It is one of the most important ceremonies at the shrine. On the same day around 5:20 pm, there is a transfer ceremony. To prepare the Mikoshi (portable shrine) for next day, they transfer the god statue from the shrine to Mikoshi. Also, there are some stage activities such as Taiko (Japanese drums), Chigomai (god-entertainment) and sword dance performed by locals including elementary school kids. 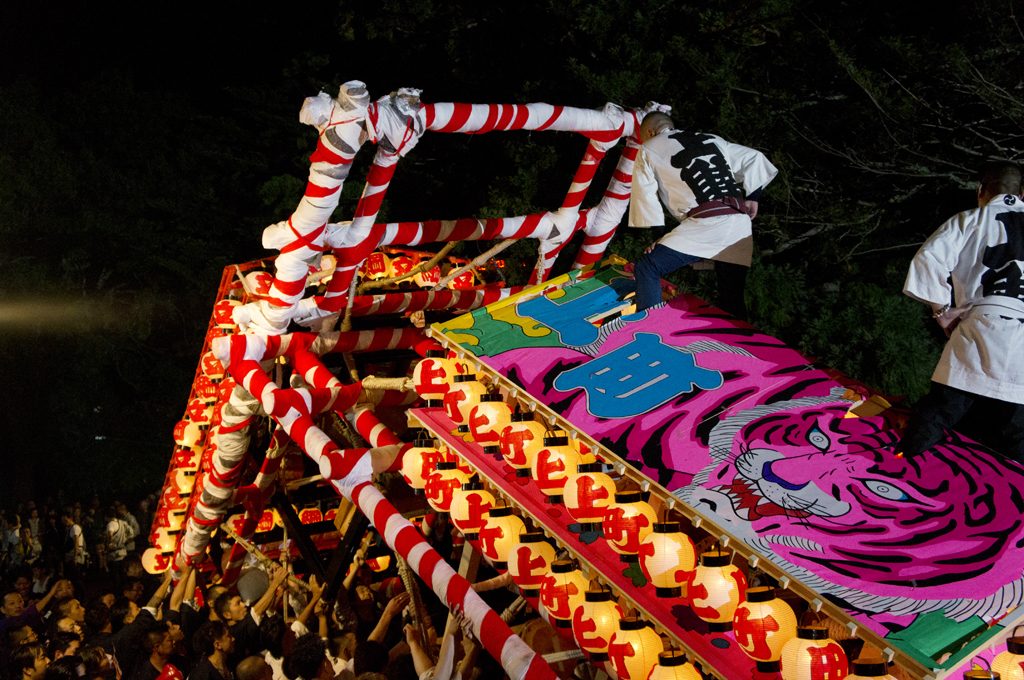 On the second day (Saturday), starting from 8:30 am, several Mikoshi travel around the town with Yatai (the ornamental stalls) lead. As dusk approaches (around 7 pm), yatais dress up with lanterns as fireworks launches. While brave young people carry yatai and depart towards the main shrine, you will hear their enthusiastic cheering on the roadside. When they enter the shrine precincts, there will be the climax of the fighting festival. Yatai Kenka (fighting) starts around 8:30 pm. This is the highlight of the festival.

On the third day (Sunday), around 10:30 am, officials advise the god of the shrine that the festival has ended successfully and pray for peace within the town. 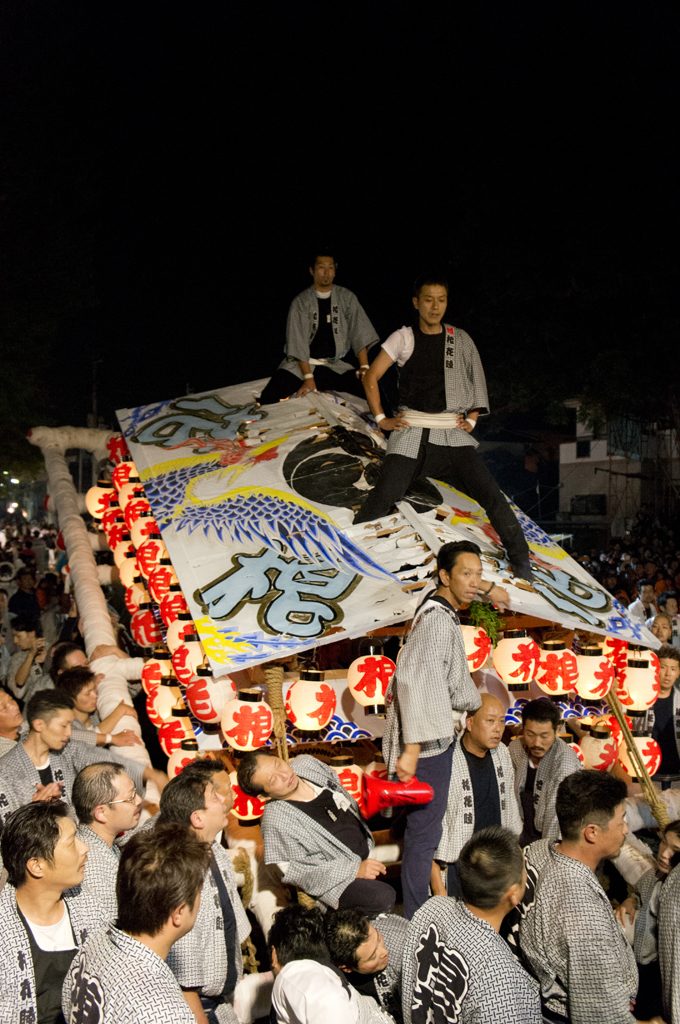 Why is it Called ‘Kenka (fighting)’ Festival?

On Saturday which is considered the main day of the festival, six yatai in total enter the field of the shrine. Each Yatai start colliding others violently while the lanterns on yatai swing. You can hear the sounds of yatai attacking each other and the loud sounds of the drums striking the ground. Taiko sounds like roaring the earth and it is a masterpiece. The festival always ends with some injured people at the end of the night. In Showa year of 8 (1933), the festival was finishing as Yatai entered shrine precincts with Mikoshi. People were feeling sad about the ending of the festival, so they decided to collapse two yatai together and make it more fun. 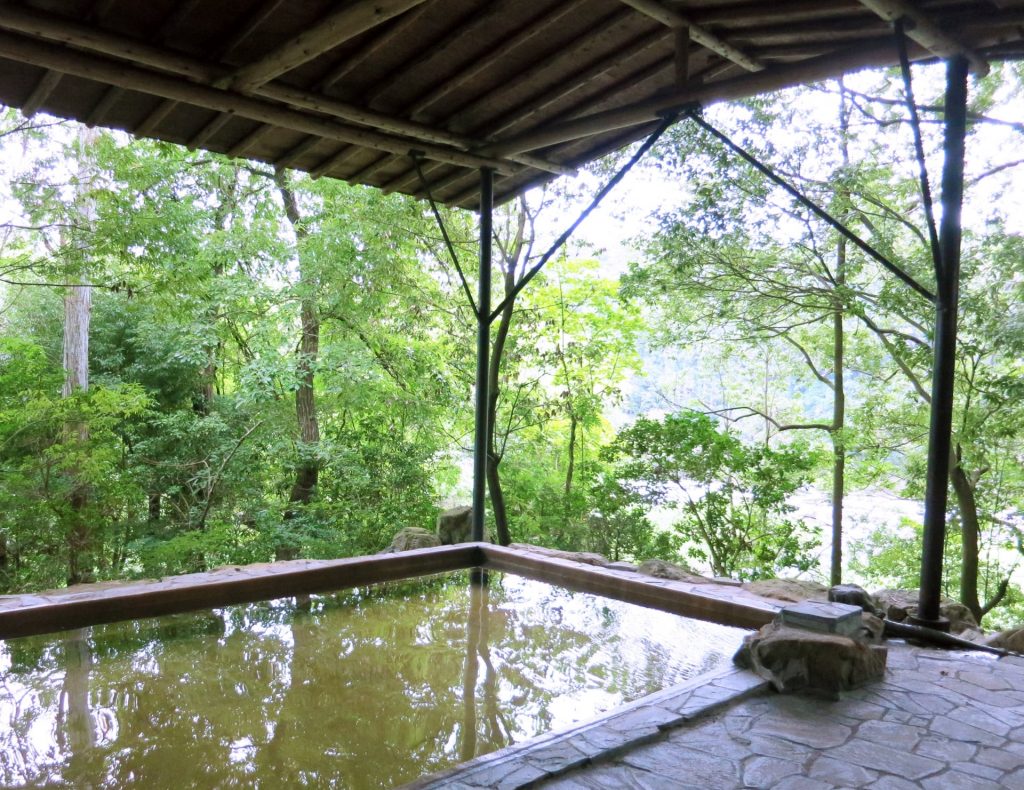 Iizaka is well known for its onsen (hot springs) for 1200 years. So when you are in town, you don’t want to miss the chance to experience Iizaka onsen. In Japan, onsen cures pains including nerve pains, muscle pains, and people recover from fatigue and keep their health. One of the nine onsens in Iizaka is called Hakoyu (波来湯). This onsen is around 1200 years old, and the building looks like a Japanese castle tower. Admission is a few hundred Yen for each person (different price for adults and kids). Also, they have small hot springs outside for your hands and feet so you can enjoy at no charge.

Iizaka onsen was the first place to discover radium. So you should make poached eggs that are named after it (radium eggs). You can eat onsen tamago (poached egg) anywhere in Japan, and there is not much difference between radium eggs and regular onsen tamago. However, there may be differences in hardness, etc. so you can choose your favorite one. Also, Iizaka is known for its special ramen and gyoza (dumpling). The soup for the ramen comes in a separate bowl than the bowl with noodles and toppings. You dip the noodles in the soup to enjoy this dish. Typically, ramen restaurants offer gyoza as a side dish, so you can try both in one meal! 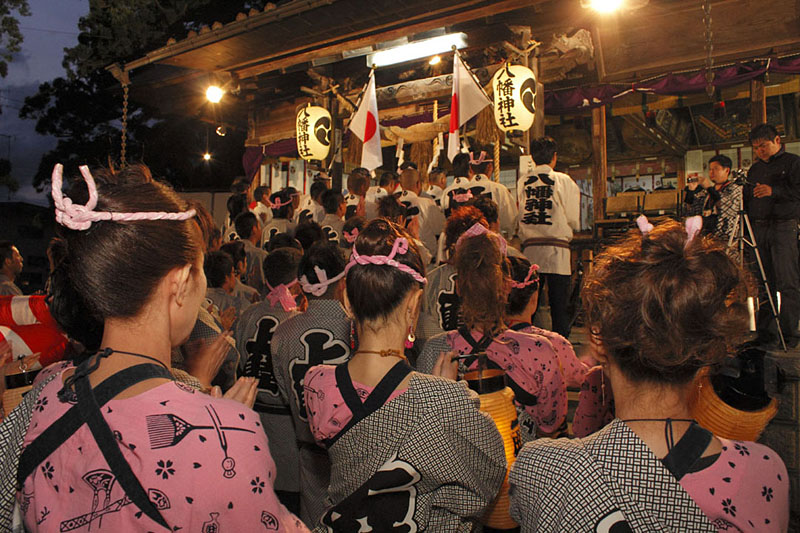 If you are using public transportation to reach the shrine, it is 15 minutes’ walk from Iizaka Onsen station on Fukushima Kotsu Iisaka Line. You can access there by car. However, there is no parking for the event. The best way to park your car would be staying at a hotel where they offer parking lots and walk to the festival site.

Even if you have been to Matsuri where locals carry mikoshi before, this festival is on another level! The intensity of yatai collapsing into each other is not something you would see even in Japan. While you enjoy the onsen and heal yourself, the sounds from the festival would make you want to come to the festival and absorb the energy from the locals!

If you would like to visit this festival with local guides and know more about Fukushima, please click on the banner below!