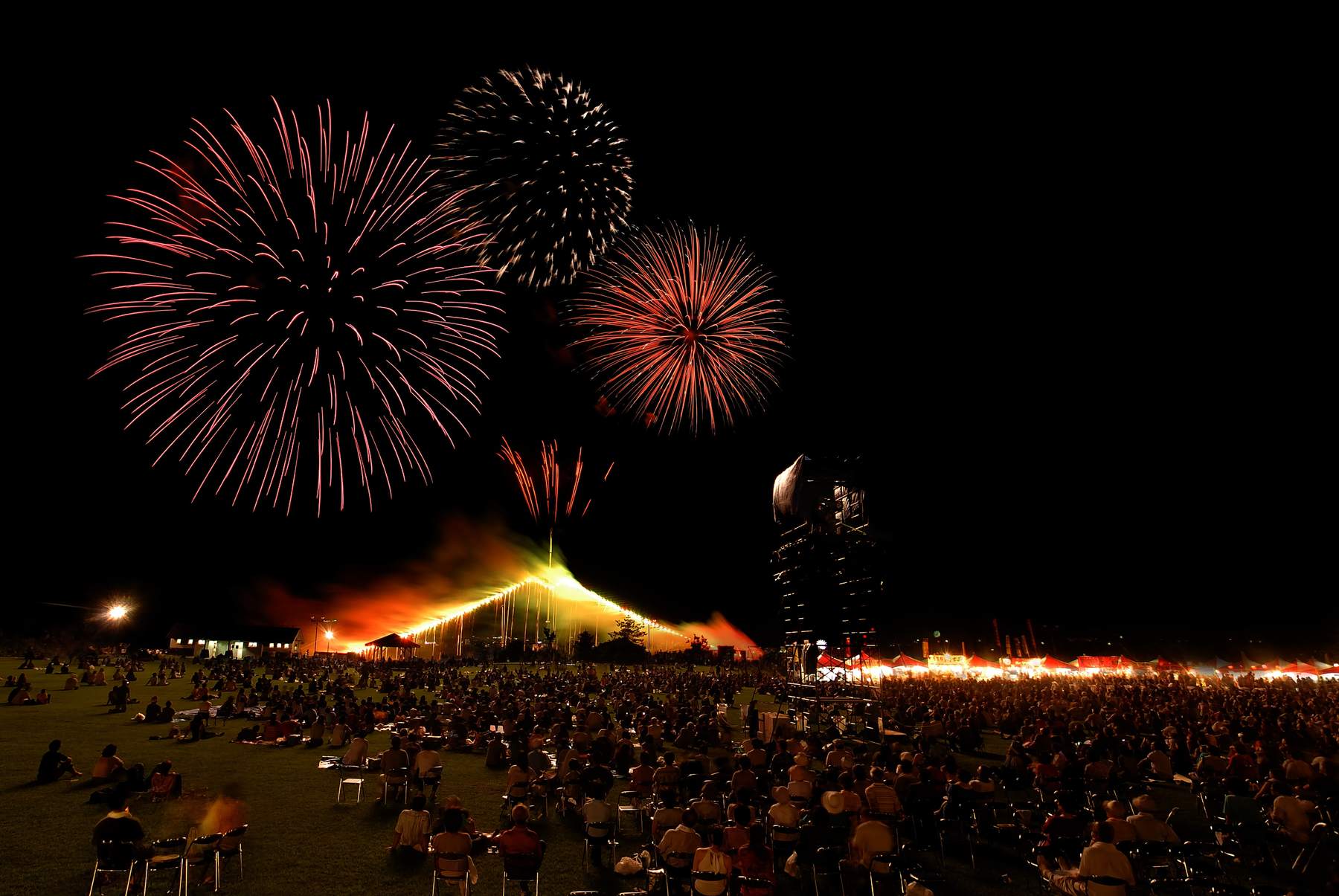 Sakurajima Hinoshima Festival – Enjoy the Matsuri of a Fire Island!

This festival is a big and popular event where you can enjoy traditional performing arts and fireworks. Not only residents on the island but tourists from other prefectures come to the island every year. This festival has a lot of things that you can enjoy watching. Today, I would like to introduce you Sakurajima Hinoshima Festival. 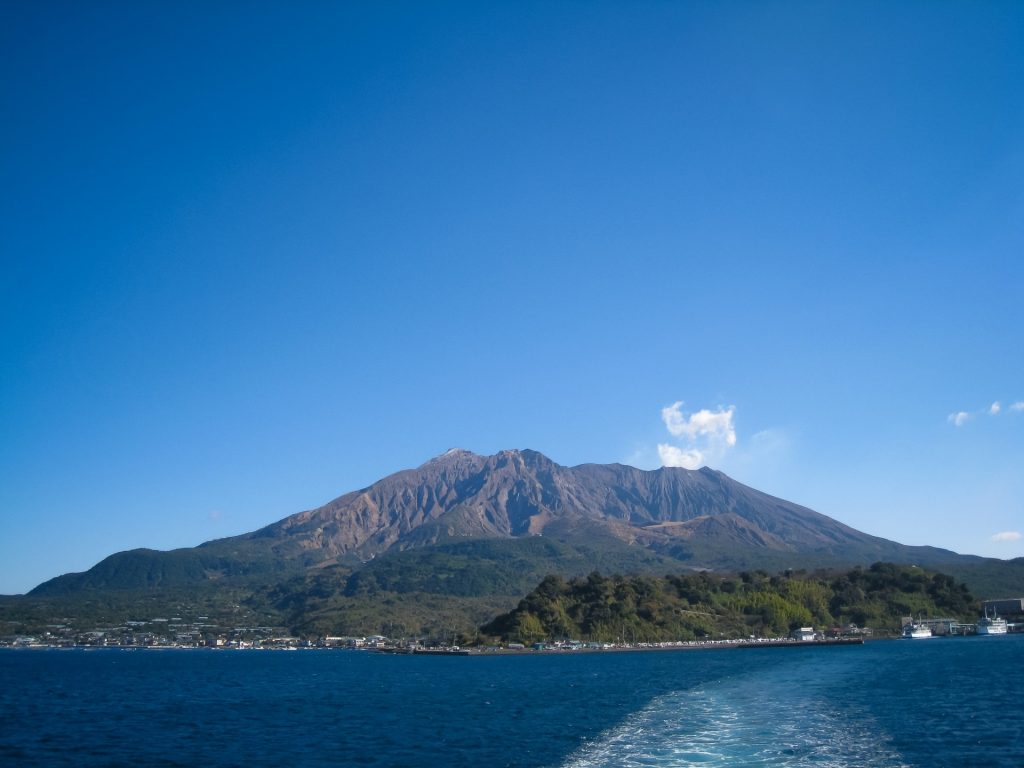 Sakurajima is a symbol of Kagoshima Prefecture, floating on Nishikie Bay. It’s 1,117 meters high, 80km² and circumference 52 kilometers long. It is designated as Kirishima Nishikie Bay National Park.
The island was born about 26,000 years ago as a volcanic island and has erupted 17 times so far. It used to be “island ” before as its name but when it erupted in 1914, the lava-filled strait and now it is a part of Osumi peninsula. It repeats small eruptions almost every day now. The number of explosive eruptions in 2011 was 996, which was the highest record since the beginning of observation. 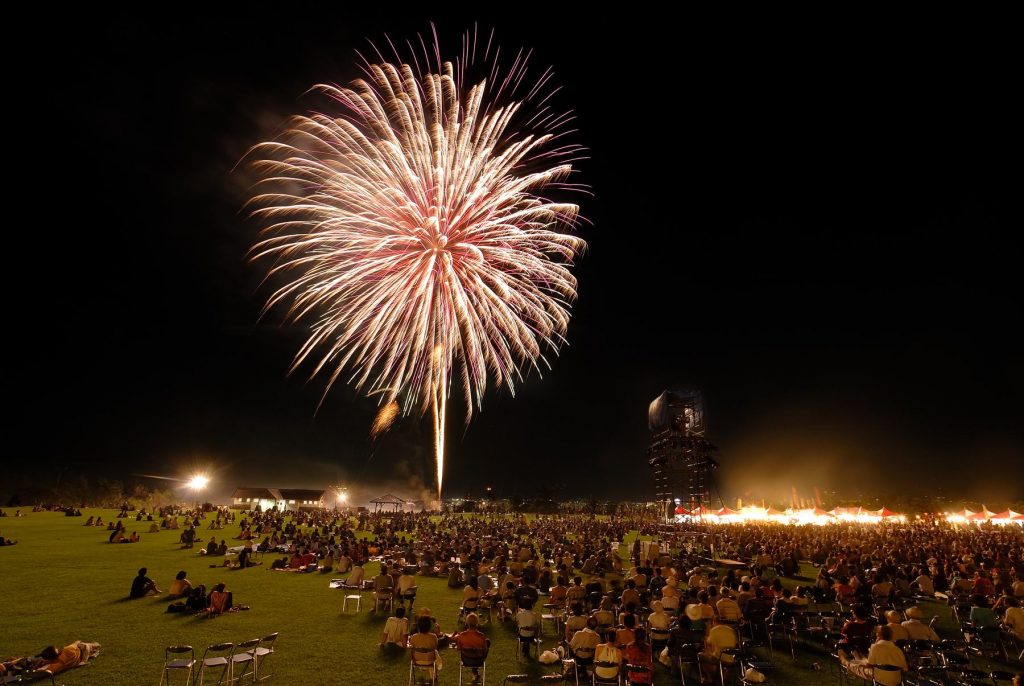 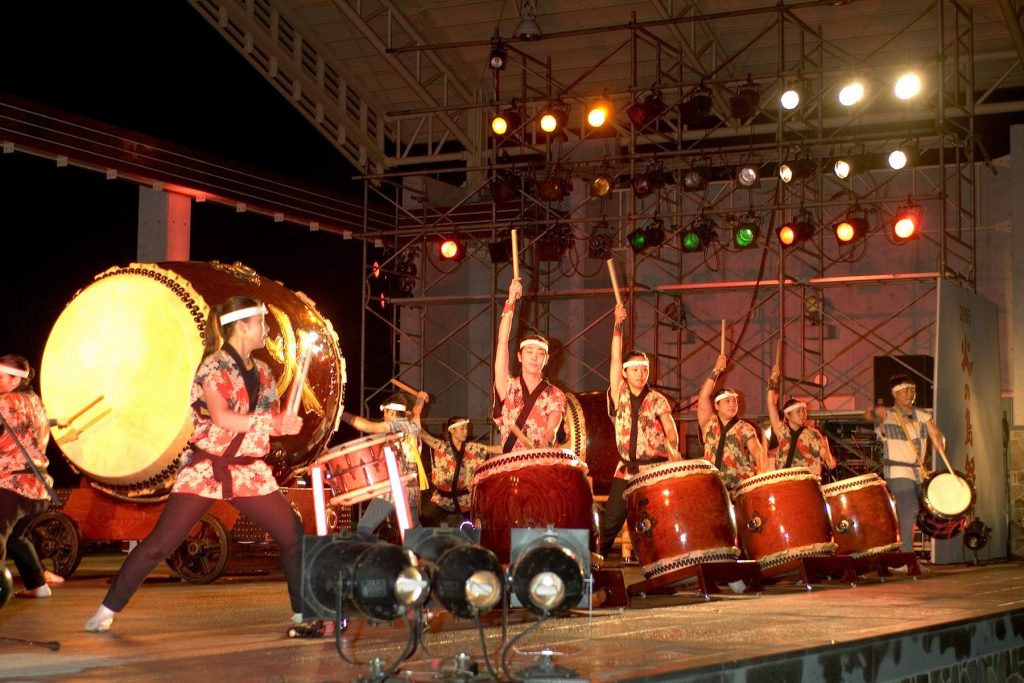 What else to see

Other than fireworks, what residents recommend you see is a wide variety of stage shows.
First of all, if you take your children to the festival, you cannot miss a character show which takes place every year. Characters popular among children appear on the stage.

Second, kindergarten kids also perform dancing and drums. You can’t help feeling they are adorable by watching these little children on the stage.

In addition, they also have a concert show that adults can enjoy. A particular singer who is famous in Kagoshima sings in Kagoshima dialect at the event every year.

What is most intriguing is the drum performance. Vigorous performance of Japanese style drums is not as much music as sports. Especially such performance in summer will definitely make you more excited and it will remain vivid as your summer memory. 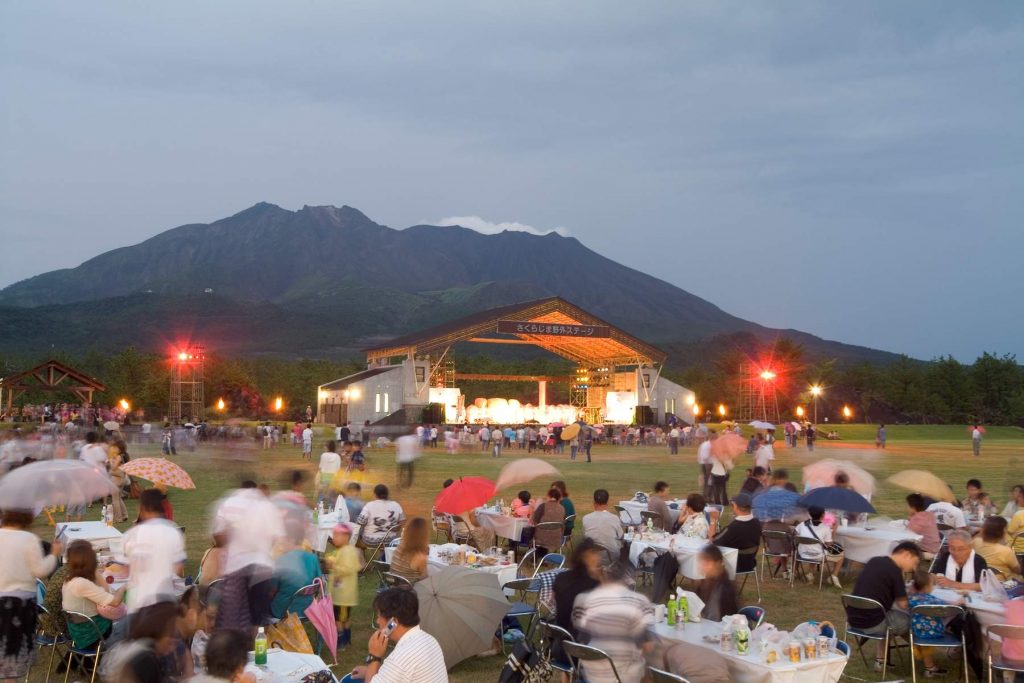 As this festival starts at sunset, you may well get to Sakurajima early and enjoy sightseeing. What I recommend you is Sakurajima Nagisa Walkway. This walkway is actually built on lava which was from a big eruption in Taisho era, about 100 years ago. Walking on the walkway along the sea will make you feel how meaningful the history of Sakurajima is and you can enjoy a comfortable ocean view.

Last time I was at this festival, it was absolutely fantastic. The fireworks were amazingly beautiful and I also enjoyed shaved ice which was special for this region.

These days, light, music and tremendous power are compulsory at this kind of summer festival. I prefer fireworks at Hinoshima Festival to any others.

Mid-Late July. The dates vary from year to year.

When you go to Sakurajima, I recommend you should take a ferry to get there as you can get excited. It takes 15 minutes from Kagoshima Port to Sakurajima Port, departing every 15 minutes. 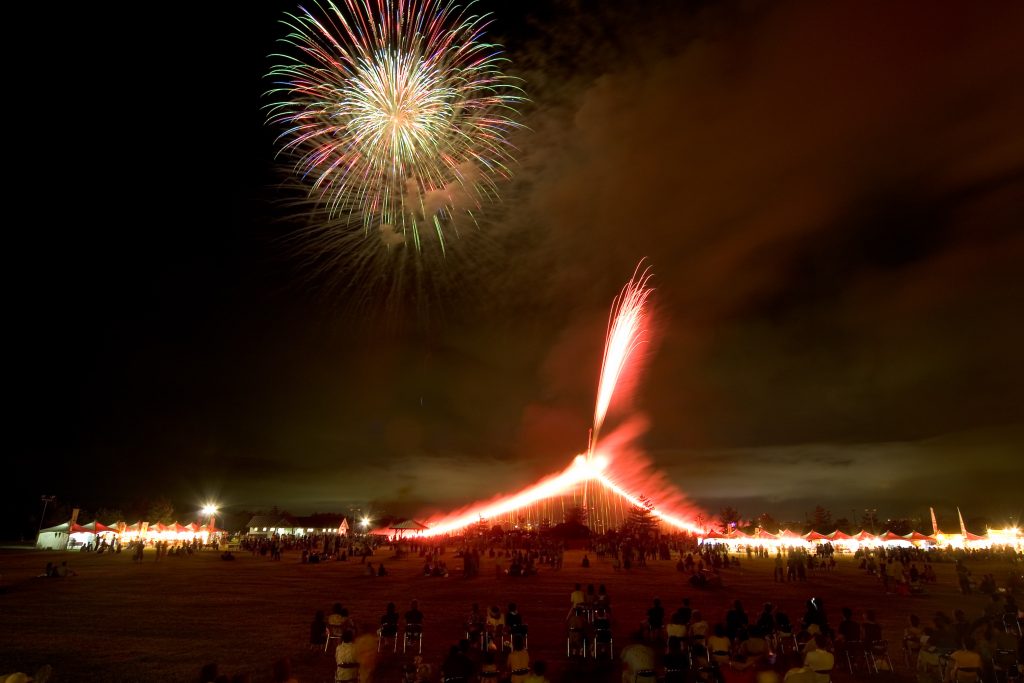 Every year I look forward to fireworks at Hinoshima Festival, collaborating with music and light. However, I had never expected that fireworks were set off with “Koi” by Gen Hoshino – one of the most popular artists in Japan. That’s why I got more excited at the festival than ever before.

What do you think about this festival? With drum performance and fireworks, why don’t you have the best time of your summertime?

You can experience this festival like local people, If you need any guides to take you to the festival and show you more things to do in Kagoshima check below!

I'm Susan. Thank for reading my article! I hope you will enjoy the event of which I am presenting and have fun in Japan!