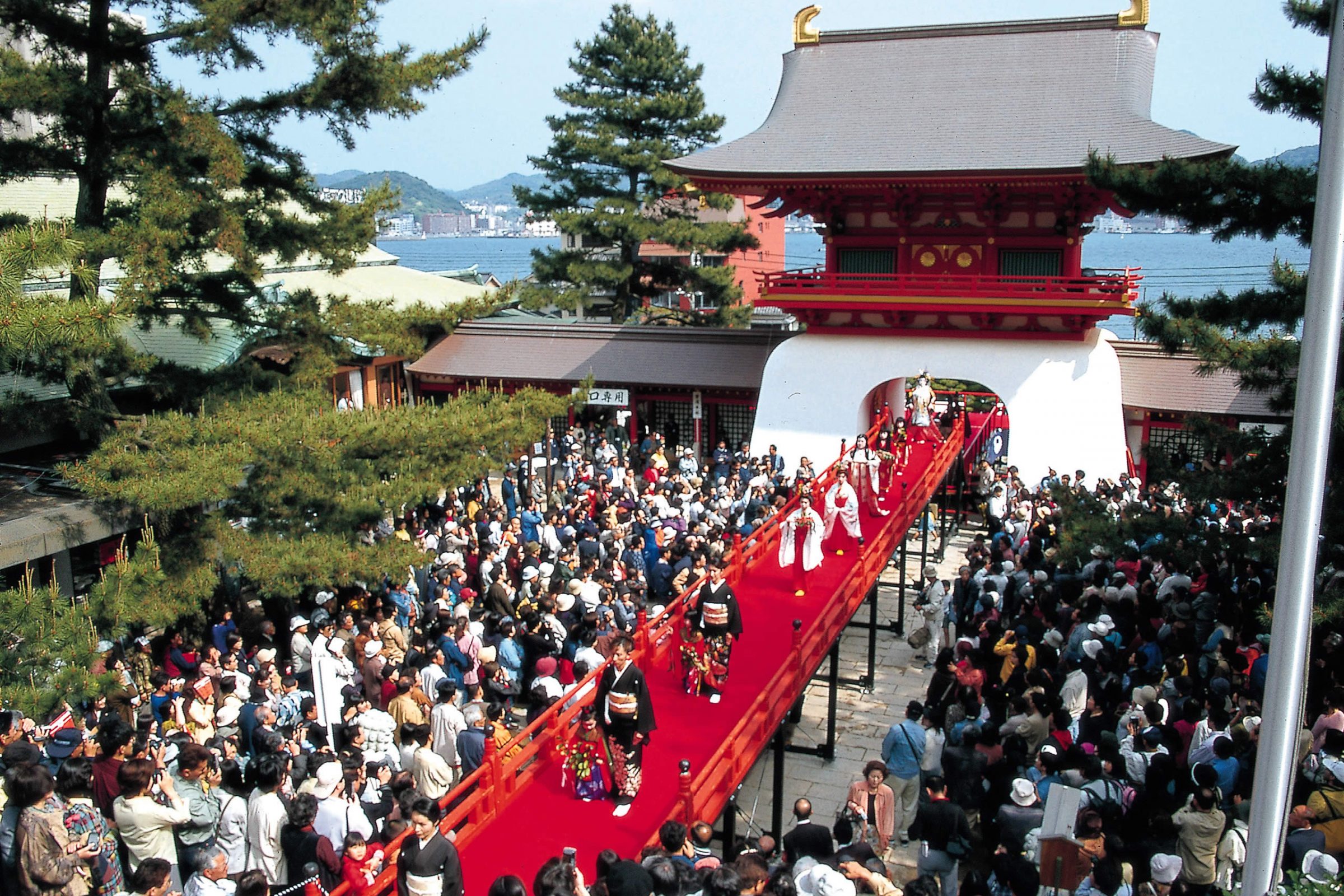 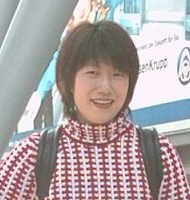 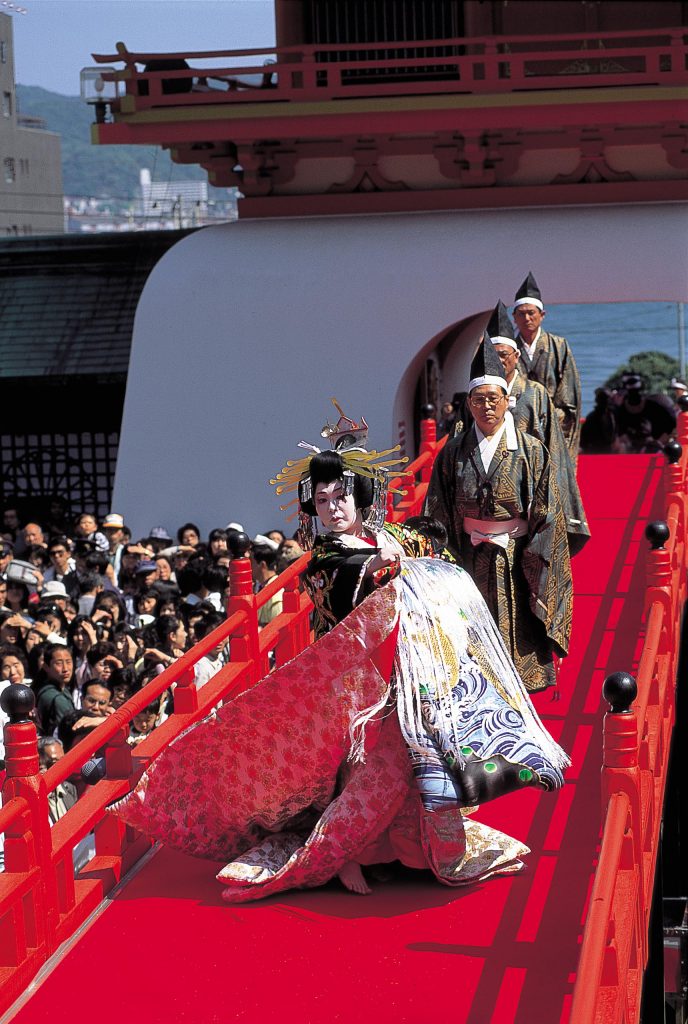 Shimonoseki is a city at the end of the west side of Honshu, which is the main island of Japan. The town is famous for the Dan-no-Ura battle. Two samurai clans, Taira and Minamoto, who came originally from the emperor family, had the last battle there in 1185. Until then they had fought twice, in Ichinotani (nowadays in Suma, Kobe) and Yashima (nowadays Kochi city). Tiara family had lost both times, so they escaped to the west. The third and the last battle between both families happened in Dan-no-Ura (nowadays Shimonoseki city). 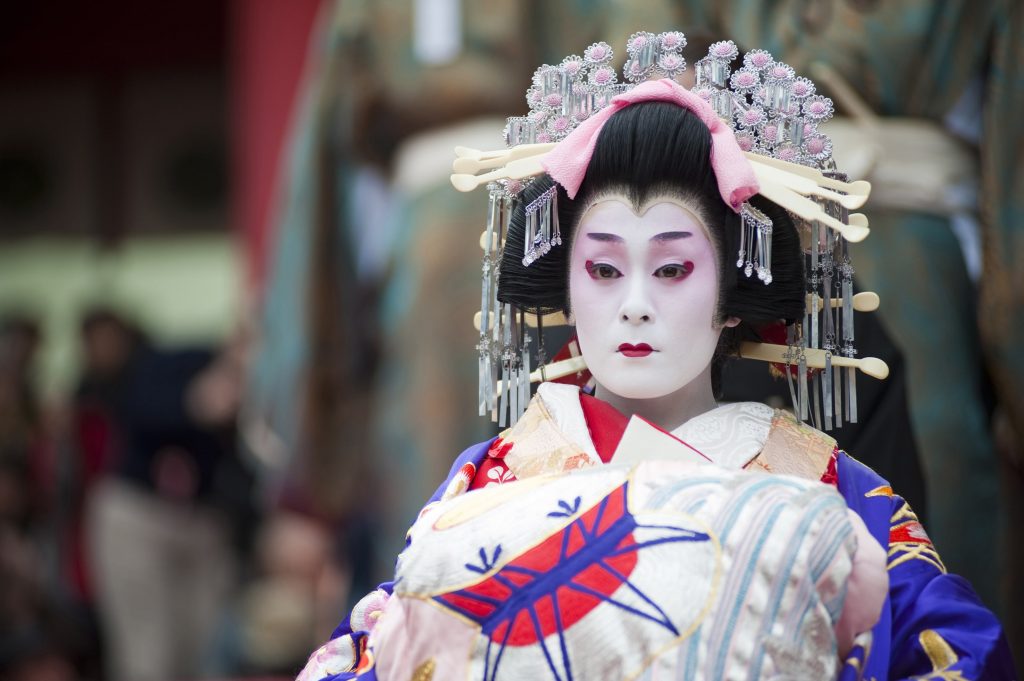 This last battle was over when the Taira clan was destroyed. One member of the Taira clan was Emperor Antoku, who was only eight years old at that time. He became the 81st Japanese emperor at the age of three. The following year after Taira family destruction, in 1186, the remains of emperor Antoku were placed in the Amida shrine (current Akamada shrine). On the 24th of March, the day when the emperor Antoku died, the court ladies of Taira clan visited Amida shrine to worship. This was the beginning of the memorial ceremony. 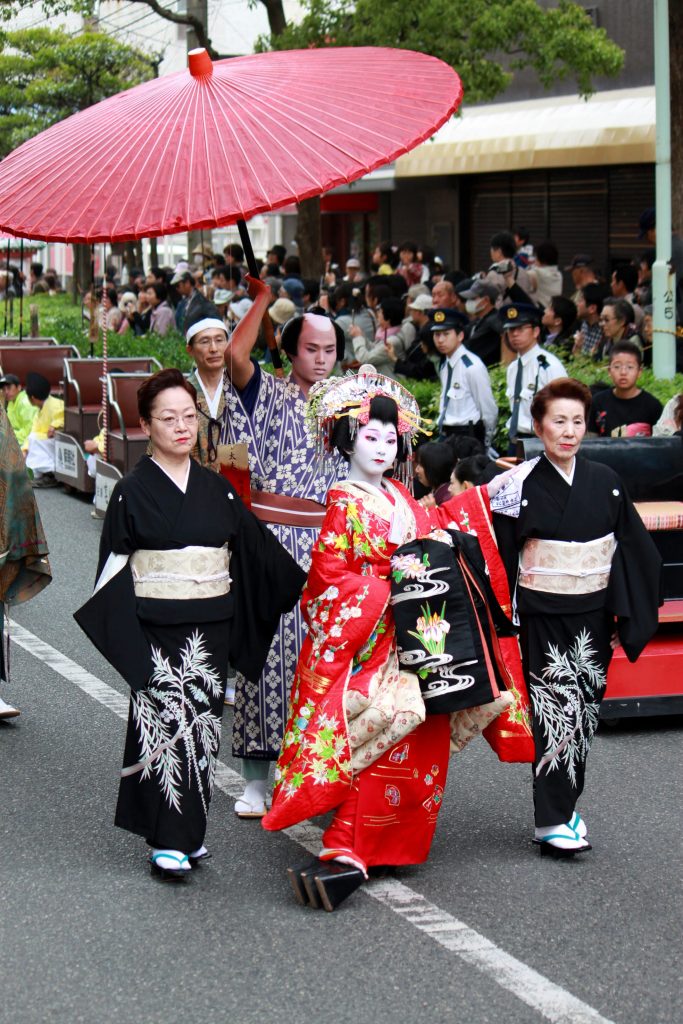 Things to Do and See

The memorial ceremony for emperor Antoku is famous along with the court ladies procession. This procession is composed of people, who act as oirans (courtesans), children, court ladies and guards. At the four sites on the procession way from Izaki- Cho to Akama shrine, the ladies, who act as oiran show a particular way of footsteps, which are called “Soto Hachi Moji (outward eight shapes)”. These steps are the symbol of oiran. The lady, who acts as oiran wears Japanese wooden footwears (takageta), which are about 30 cm high. It is challenging to walk in this high wooden footwear wearing heavy kimono. The final destination of the procession is Akama shrine, which means red shrine. This shrine has white walls with a beautiful red gate according to its name (aka = red). At night this shrine has a lovely light up. 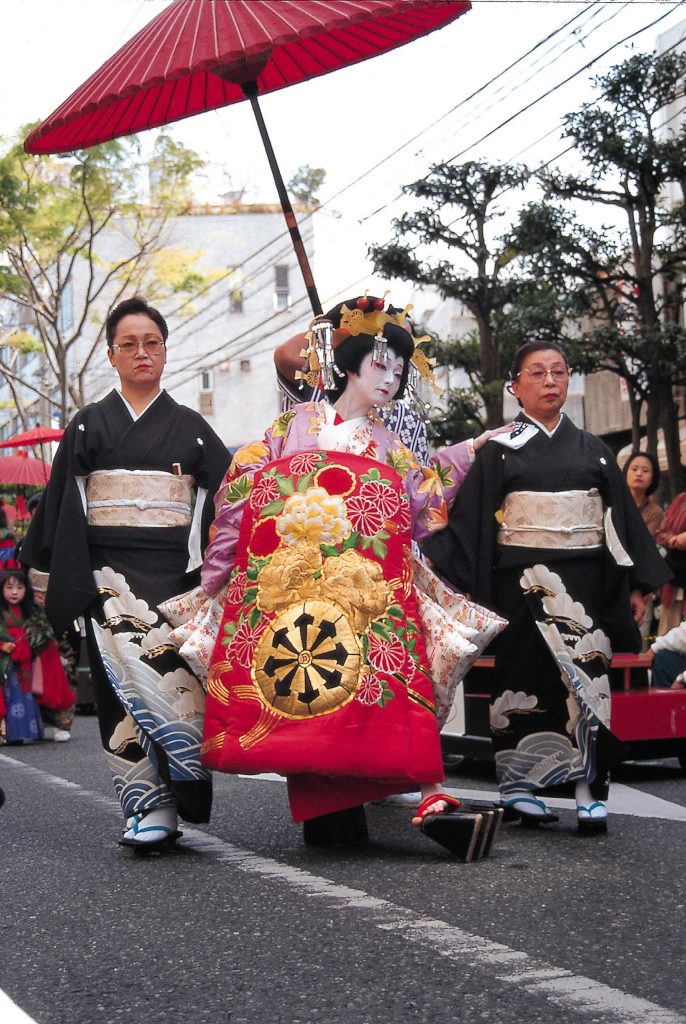 From JR Shimonoseki 10 min. by bus 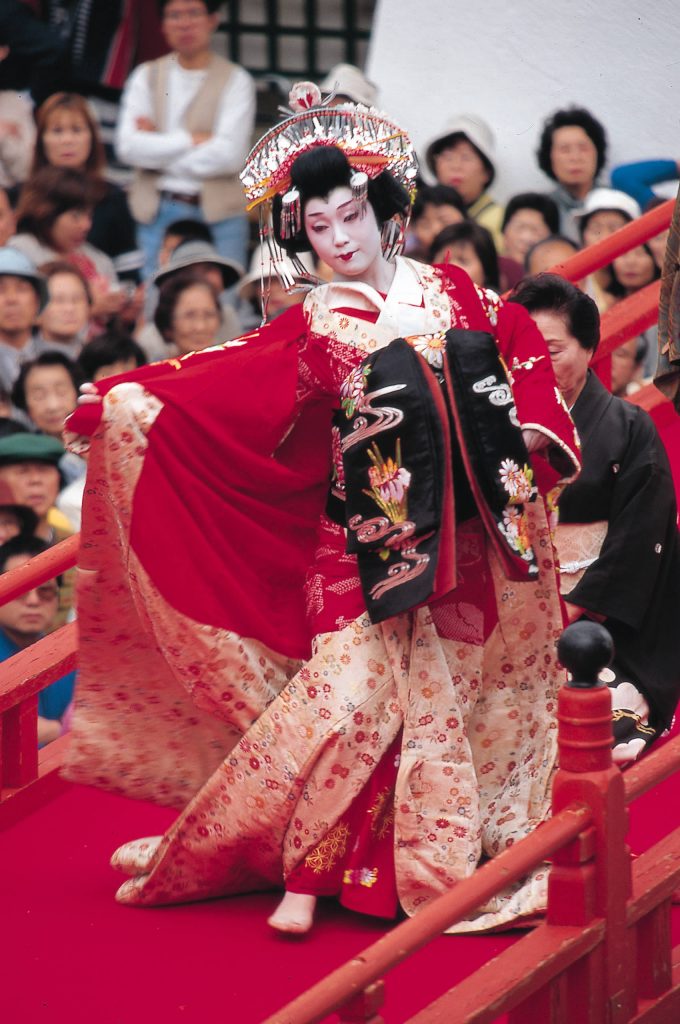 Every year about 400,000 visitors come to see this ceremony (It means, that there is no place to park a car.)

At this memorial ceremony, you will notice how elegantly women reproduce of the procession which is 840 years old. And how famous Taira clan is among the Japanese even nowadays.

Japan is a country of festivals indeed. Matsuri is an essential part of traditional Japanese culture. Thus, every day somewhere in Japan a festival takes place. There are traditional and modern festivals, on the sea and the ground, in summer and winter. Japanese are hardworking people. However, when you attend at least one festival in Japan, you will understand how locals like to party. The article under the link below will introduce you to a celebration on any day of the year. I am sure you will find an event that suits your interests utmost!

"Hallo, I'm Mag. You will see on my pages various tourist places in Japan with pictures, histories and point of viewing.I hope, my page will make Japan more appealing for you to visit than ever before. "