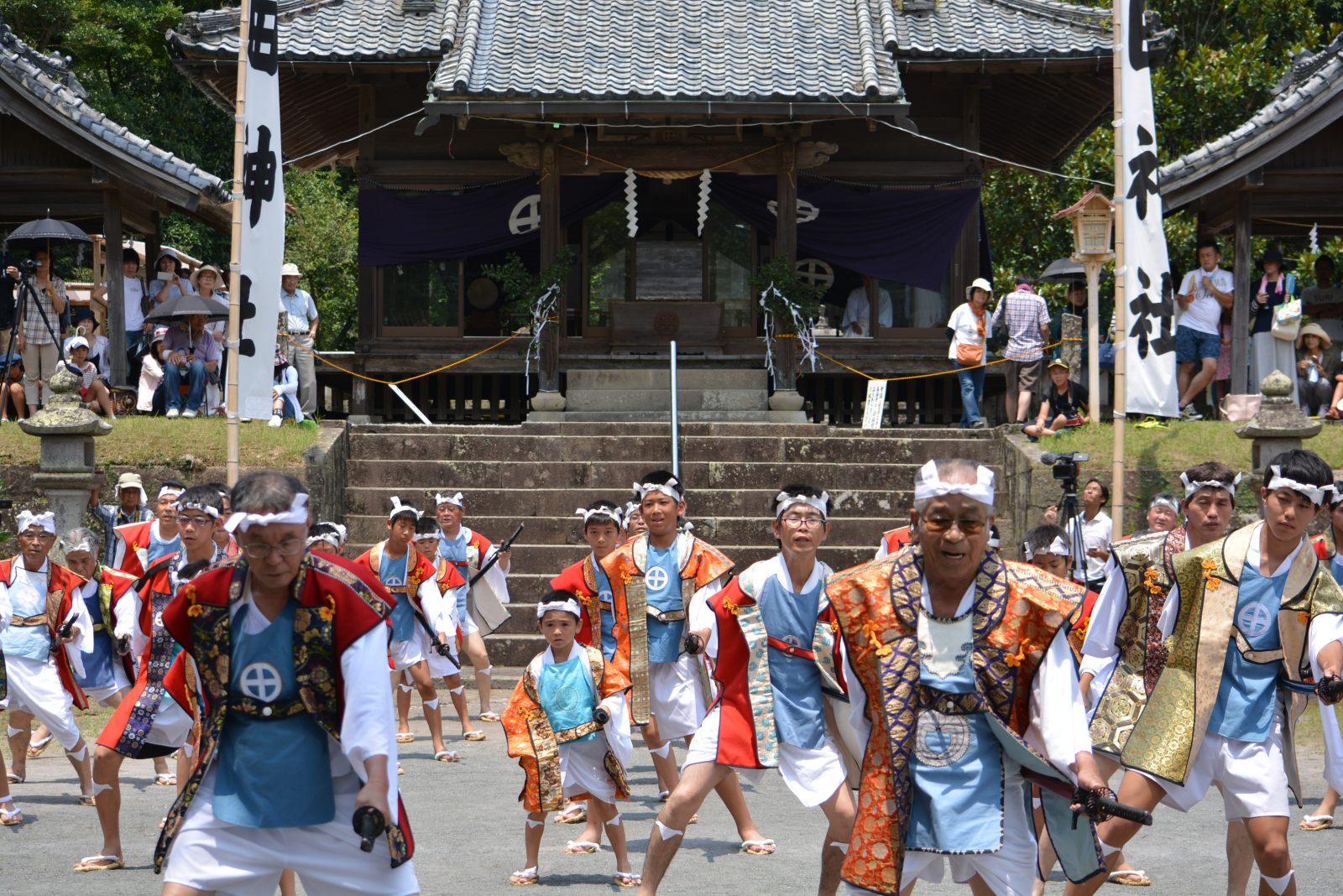 Since the establishment of Tokugawa government in the 17th century, Tokugawa family and its relatives ruled all of Japan. But the Tokugawa shogunate came to its official end in 1867, when Tokugawa Yoshinobu, the 15th Tokugawa shogun, returned the ruling rights to the emperor. Thus, Meiji period started. The parties overthrew Tokugawa shogunate and established new Meiji government with new feudal clans such as Choshu, Satsuma, and Tosa.

In this article, I would like to introduce you Shimazu Family, who had been ruling Kagoshima and Miyazaki areas for a long time being a part of Satsuma clan. Shimazu Tadayoshi who lived in Muromachi period established the base of Satsuma clan strongly. He was enshrined at Takeda shrine, in Kagoshima, and the summer here is held in his memory. 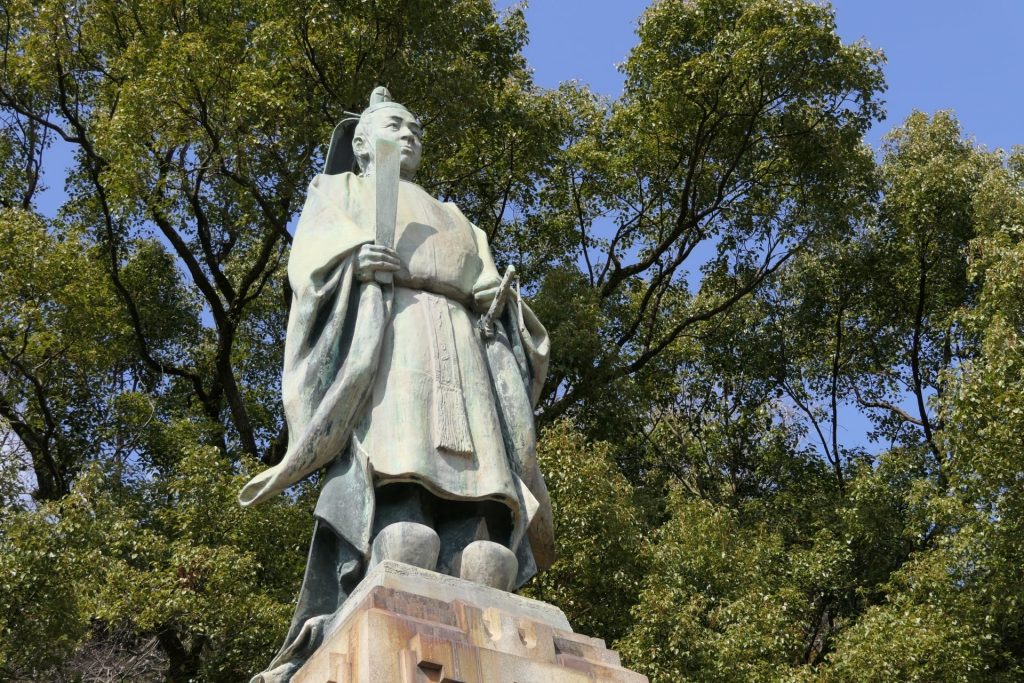 One of the excellent leaders in Shimazu family history was Shimazu Tadayoshi. Tadayoshi fought with lords in Satsuma, Osumi, and Hyuga in mid-16th century. Finally, he united 3 areas and built Shimazu family base solidly. Even after turning over the top position to the next generation, Tadayoshi continued to make efforts to do a variety of activities such as trading with China through Ryukyu, purchasing a large number of guns, educating retainers teams.

Tadayoshi also contributed in town’s development including building a bridge and castle’s town.
He aroused silkworm-raising industry as town’s business, too. One of the outstanding points is that he created a poetry style – “Iroha-uta” (いろは歌） based upon Japanese syllabary reflecting Confucian and moral education. His educational ideas have been taken over by later generations.

Takeda shrine in Minami Satsuma city, in Kagoshima. The main shrine building was constructed by the order of Shimazu family in 1873. In the precincts, the waterway from Kasedakawa river is flowing, and trees such as Kusunoki (camphorwood) and Inumaki (yew plum pines), are growing densely. When you walk on the esplanade, you will get on the old path called “Inishie no Michi”. Please, breath the fresh air walking and watching shining leaves and feeling the wind blowing through. 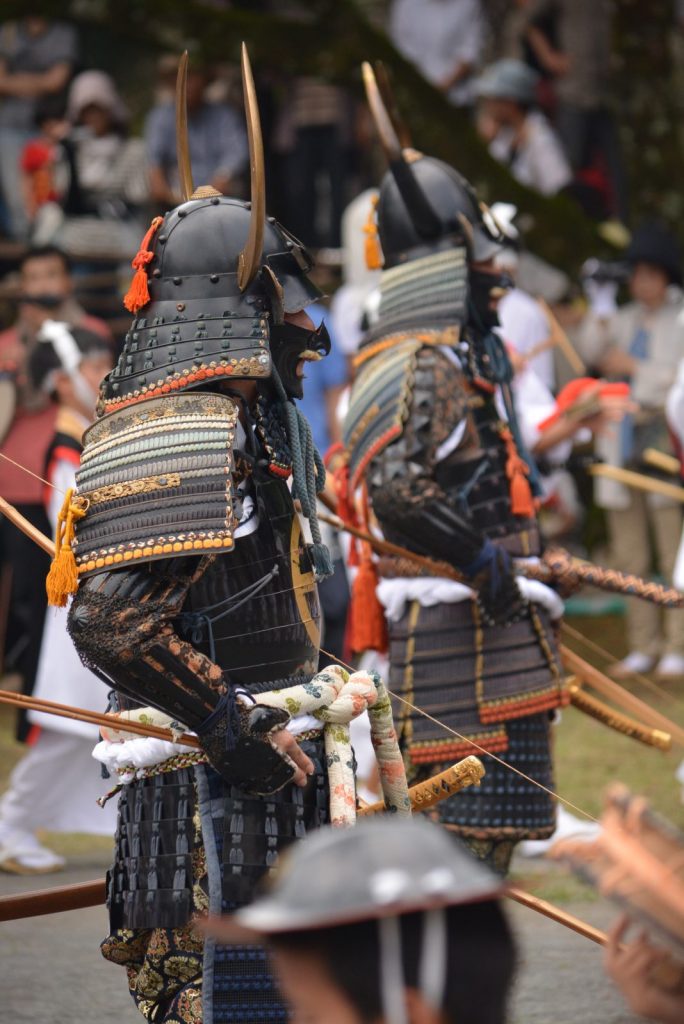 Summer festival at Takeda Shrine takes place on July 23rd, every year. At this festival, you will witness a traditional Samurai dancing – “Samurai Odori” and puppet show with Karakuri. Both the dancing and the puppet show are designated as Important Intangible Cultural Properties of Japan.

The reason why you can see the Samurai Odori during the festival at the shrine is that Shimazu Tadayoshi collected his Samurai subordinates and made them dance before going to battles. One of the reasons why Tadayoshi made his Samurai dance was to confirm whether or not spies or enemies infiltrated into his Samurai team. This Samurai dancing was too tricky for an outsider to perform. At the current summer festival, you will notice the adult dancing team and boys dancing team, which includes boys older than the elementary school students of the 4th grade.

Suisha Karakuri is a traditional mechanical doll performance that receives its energy from the water wheel for irrigation. In the old days, this kind of performances were familiar in south Kagoshima area. However, now you can see this performance only in the places three places including Takeda Shrine.

At the festival night, surroundings of the shrine become lively and crowded. You will see many lanterns at a variety of places which bring fantastic and charming atmosphere. The night stalls and markets increase the enjoyable atmosphere even more. 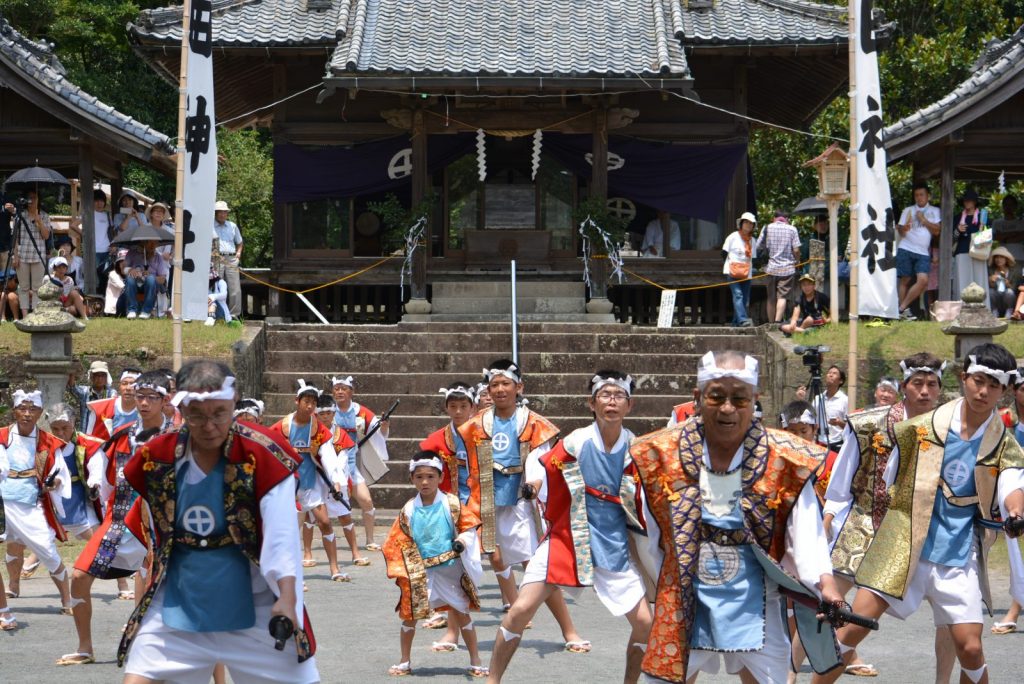 It is amazing that the Shimazu family had been ruling Kagoshima area for 700 years, isn’t it? The summer festival at Takeda shrine delivers you an exceptional experience to see traditional Samurai Odori and Suisha Karakuri which is almost impossible to see anywhere else. This will definitely become a day that you will not forget.

If you would like to explore Minami Satsuma city and Kagoshima prefecture with a local guide, please check the banner below!