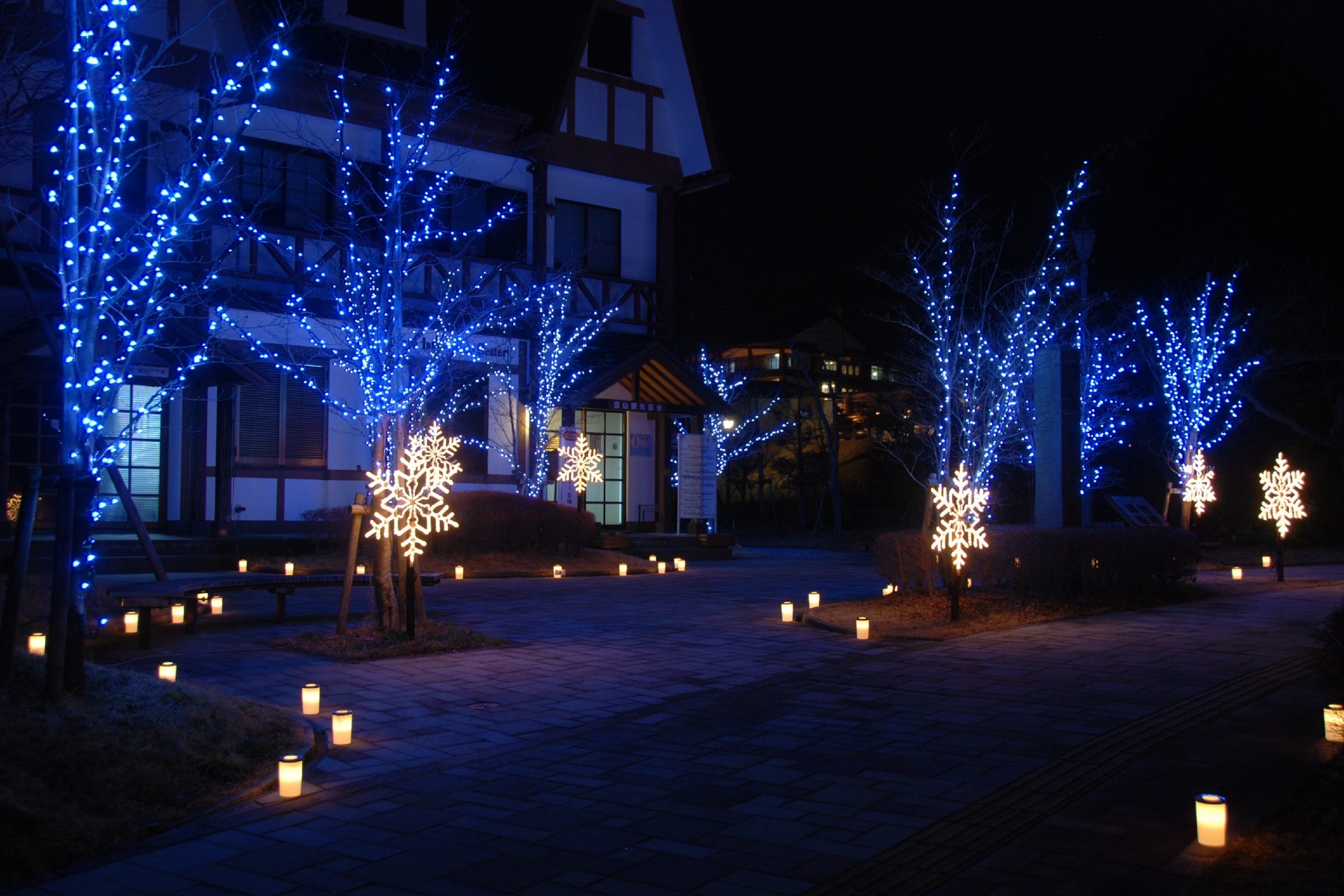 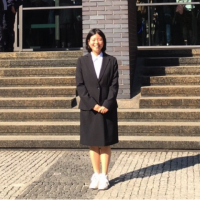 Unzen Akari no Hanaboro is a festival in winter which you can see illuminations, candles and fireworks. Unzen is a city in Nagasaki in Kyushu Area (West part of Japan) and it is famous for Onsen, hot spring in English. Akari(灯り) means “light” and Hanaboro(花ぼうろ) means “rime”. In this article, you can find interesting points of the festival. 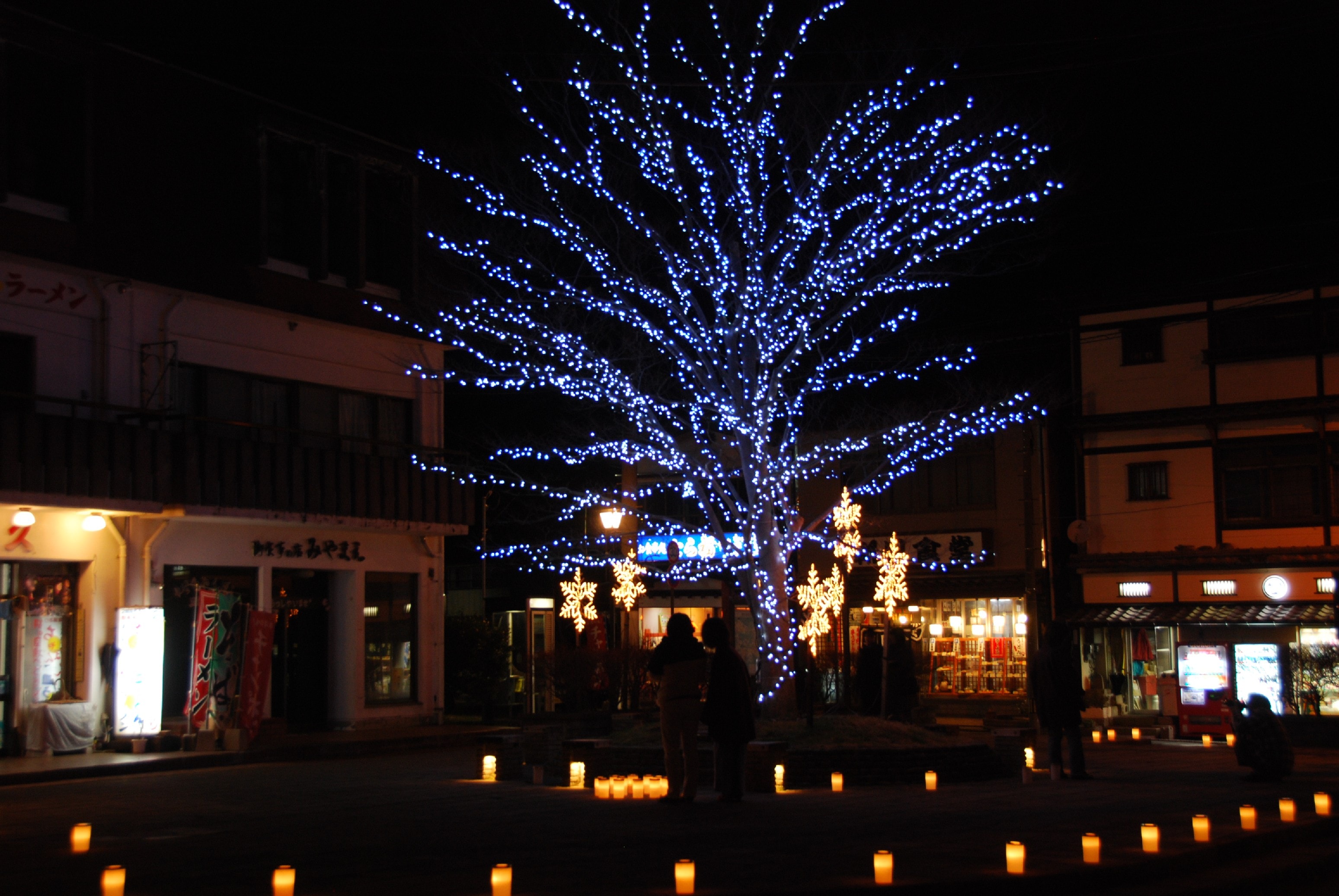 What You Can See:

The photo of symbolic illuminations at pavement which images both small and big Hanaboro. You can walk and see such a beautiful Hanaboro. What about walking here after bathing in Onsen and wearing Kimono? You will feel like Japanese mind which is called “風情(huzei)”. The atmosphere there is different from what you experienced so it gives you a special memory in Japan. This is an illumination tree which looks like piled up snow. 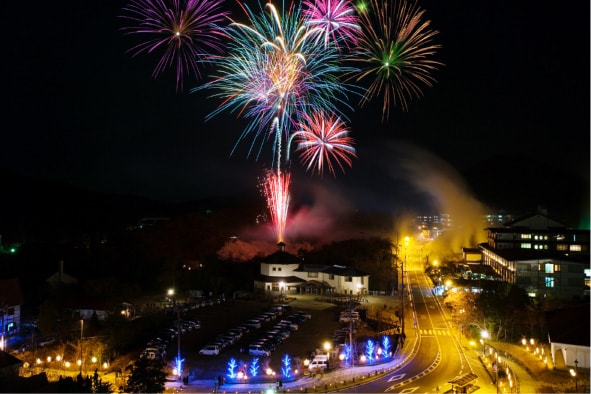 This fireworks called Akari no Hanaboro Hanabi no Utage (in English; The Illumination Party of Hanaboro of fireworks). It is held every Saturday in the period of during the festival. You can see beautiful fireworks in the sky in the central part of Unzen Onsen town. The clear sky shows you many great Hanaboro and fascinates you to the romantic night.

At night, you can enjoy Unzen Akari no Hanaboro and also you can join tours.
First, Asa no Hanaboro Biyori Tour(朝の花ぼうろ日和ツアー) . Asa means morning and you can see Hanaboro at that time. The snow shines taking morning sun lights so if you join this tour, you can see natural Hanaboro.
Second,Unzen Jigoku no Night Tour(雲仙地獄のナイトツアー).
Jigoku means Hell. The reason why it calls so is that the smell there is strong sulfur, you see steam around there and high temperature of hot spring or gas. The sight is like the idea of hell in Buddhism. You must wear clothes and shoes to move easily. Before fireworks, you can go to catering car to get warm.

At Jigoku, you also experiment kotatsu(コタツ)which uses low table and thick blanket. You can enter there and get warm.The kotatsu at Jigoku is quite interesting because usually, Japanese people use kotatsu at home using electricity but at Jigoku, it uses ground heat so it is ecological. 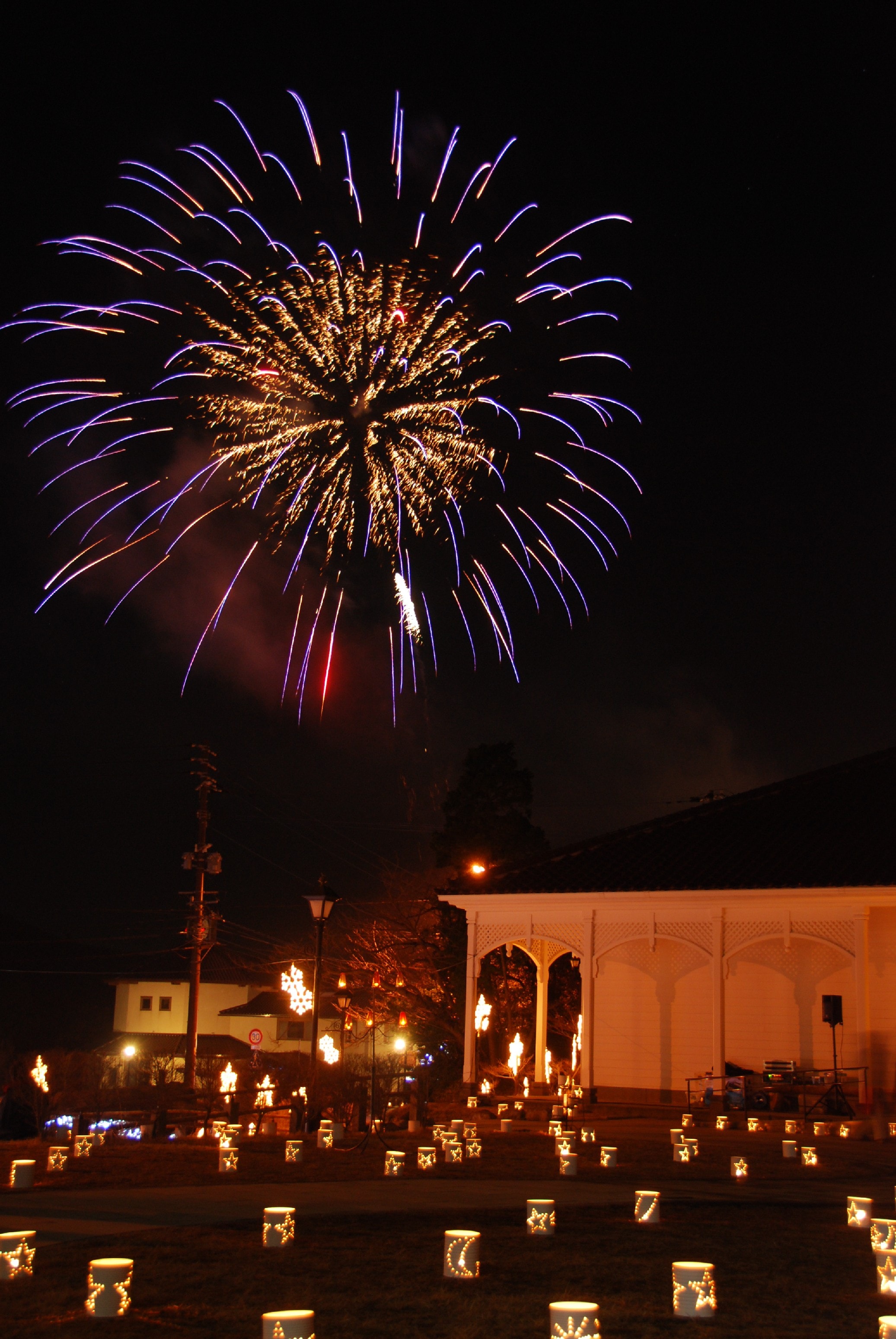 光の童話(Hikari no Dowa) is the fairy-tale of light in English. It shows the picture book names “くろい山(black mountain)” using illuminations.

Other stuff for enjoying Nagasaki:

Unzen Akari no Hanaboro is held for about one month. Then, if you come to Nagasaki, you can also enjoy Nagasaki. You can eat Nagasaki Chanpon(長崎ちゃんぽん) and Dish Udon(皿うどん)which are a kind of noodle. Nagasaki faces to sea so you can eat fresh seafood.
Sight seeing in Nagasaki is good. It has trade island called De jima island(出島) which is one of historically important place in Japan and used before opening Japan. Pavements along hot springs, you can walk wearing Kimono which is traditional Japanese clothes and Geta which is a kind of traditional Japanese shoes. 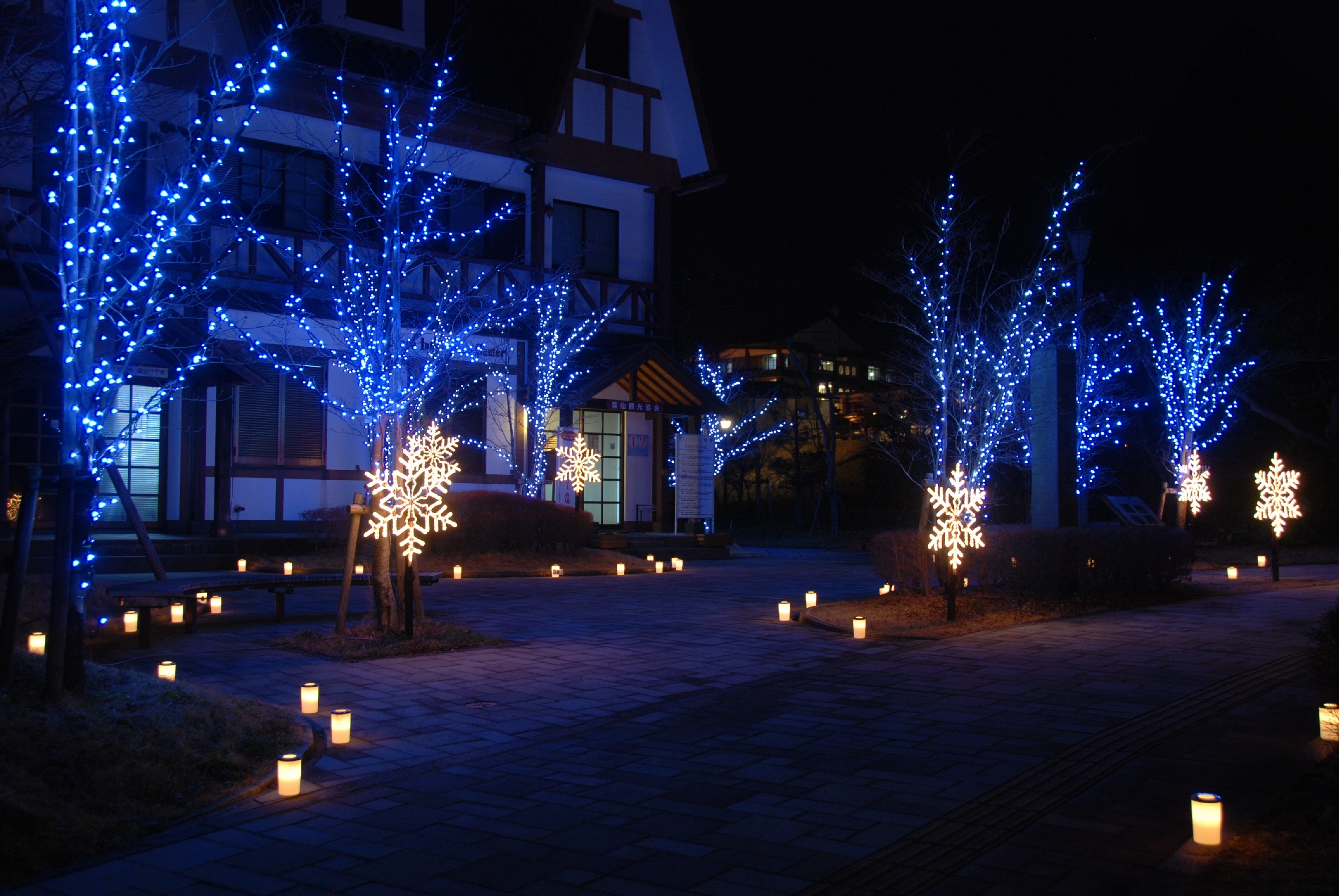 In summer, Japan has a lot of fireworks but many of them are one-day events. However, Unzen Akari no Hanaboro is quite a long festival and you can enjoy seeing traditional Japanese sights, illuminations and fireworks at night and nice parts of Nagasaki. I hope you can make great memories.

If you are interested in more festivals in Japan please check this below.

Hi, I am Chihiro. I am interested in communicate with people from all over the world. I hope you enjoy my article.